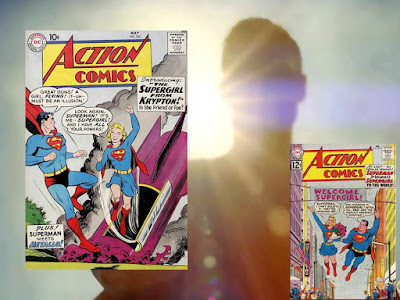 Supergirl has been a major player in Superman's life for decades.  After all, Supergirl is Superman's cousin, and arrived on Earth in Action Comics #252 (May, 1959) in "The Supergirl From Krypton" by Otto Binder and Al Plastino, under a Curt Swan/Stan Kaye cover, where Superman helped young Kara Zor-El find a life as Linda Lee in Midvale.  Superman kept her as his secret weapon, until Action Comics #285 (February, 1962), where Supergirl's existence was revealed to the world in "The World's Greatest Heroine" by Jerry Siegel and Jim Mooney, under a cover by Curt Swan and George Klein. 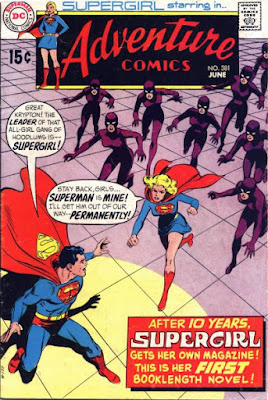 .....Supergirl had her own series in Adventure Comics, starting with Adventure Comics #381 (June, 1969), where Supergirl faced off against "The Supergirl Gang" by Cary Bates, Win Mortimer and Jack Abel (with a cover by Neal Adams).  Superman's appearance was a small one, as this was more of a team-up of Supergirl and Batgirl, bringing down a school of female thieves. 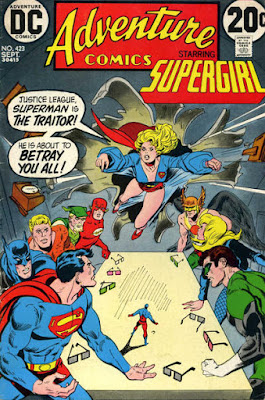 
Supergirl On Her Own 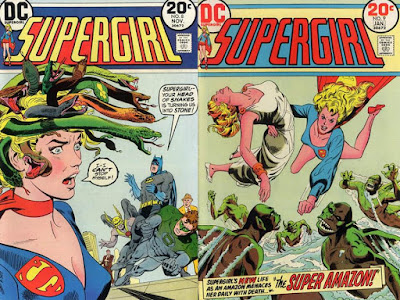 Superman stopped by Supergirl's 10-issue solo series of the 1970s, with likely the most notable being Supergirl #8 (November, 1973) where the girl of steel sprouted "A Head Full Of Snakes" in a story by Cary Bates and Art Saaf (under a Bob Oksner cover), and the story also featured appearances by JLAers Batman, Green Lantern and Hawkman (well, okay, it was only a quick one page cameo, but still, it is an awesome cover, and it ties in nicely with our theme....). 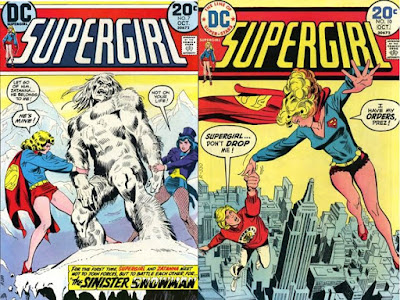 There is also issue #9, by Cary Bates and Art Saaf with a cover by Bob Oksner, which has Supergirl working with Wonder Woman's mom, Queen Hippolyta, and step-sister, Nubia, as Supergirl becomes "The Super-Amazon!" for an issue.


Supergirl also had team-ups with Zatanna, the mistress of magic, and Prez, the teen-age President, during this run (both of whom will likely get more coverage in a later column...). 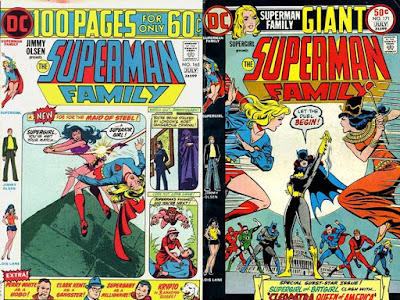 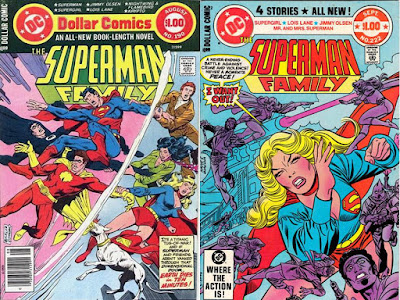 Supergirl took part in a multi-issue epic, crossing over with Lois Lane, Jimmy Olsen, and even the Kryptonian Nightwing and Flamebird (Kandor's answer to Batman and Robin), ending in the "Finale" in Superman Family #190 (July-August, 1978) by Jack C. Harris, Jack Abel and Frank Giacoia.

The Daring New Adventures Of Supergirl 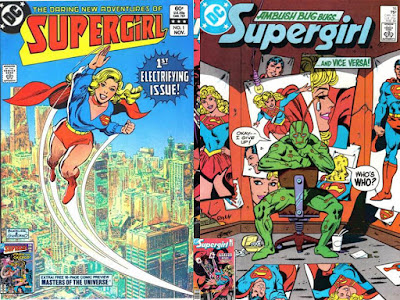 Supergirl started her new series, the Daring New Adventures of Supergirl in November, 1982 (with Lois Lane back-up through issue #12), and this was the series that introduced Psi, the Gang, Reactron, and Blackstarr...even facing off against new Superman foe, Ambush Bug! 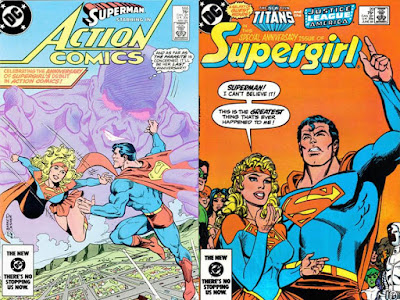 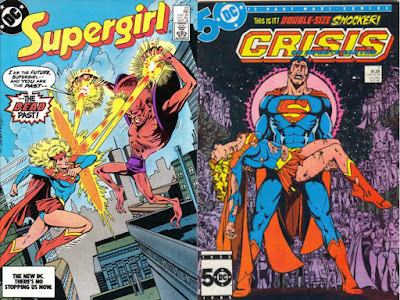 So, for those worried about Superman being a supporting character for Supergirl....he already has been!