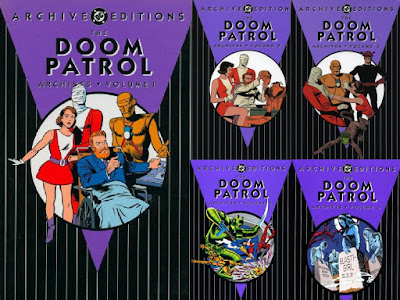 The Doom Patrol of the 1960s is a somewhat unique case.  All their team appearances in their own title were collected into 5 Archive additions, allowing you to read all of their adventures from My Greatest Adventure #80 (June, 1963) to Doom Patrol #121 (September-October, 1968) without totally having to break the bank or spend all your time tracking them down.

Here's the breakdown by volume of important events by Doom Patrol Archive, and the work of Arnold Drake and Bruno Premiani, as well as Bob Haney and Bob Brown. 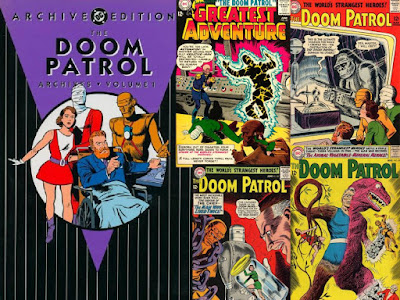 The first Doom Patrol Archive came out in 2002, and features the premiere of the Doom Patrol from My Greatest Adventure #80 (as well as the first appearance of General Immortus, one of the teams most persistent foes).  This volume also includes all of their My Greatest Adventures tales (#81 to #85), the turning of the title to Doom Patrol with Doom Patrol #86 (which also features the first appearances of the Brotherhood of Evil, and its charter members of the Brain, Monsieur Mallah and Madame Rogue, with Mr. Morden trying to join using the Chief robot, Rog), learning "The Terrible Secret Of Negative Man" with Doom Patrol #87, "The Incredible Origin Of The Chief" in Doom Patrol #88, and the premiere of the Animal-Vegetable-Mineral Man in Doom Patrol #89 (in the tale where the Negative Man and Elasti-Girl get new red uniforms to replace their green ones, as well as the other Doom Patrol stories from the above issues. 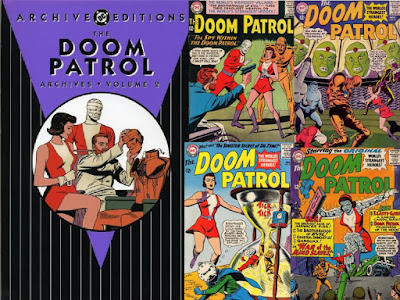 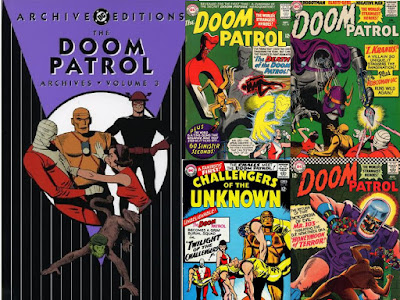 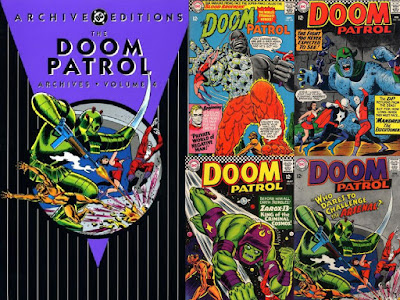 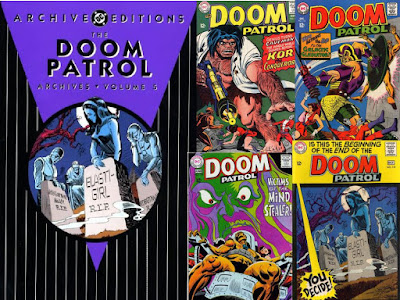 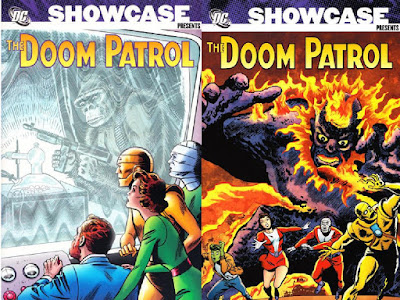 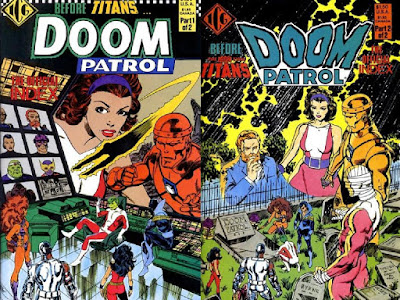 If you just don't have the space for Archives or Showcase Presents, you can get the The Official Doom Patrol Index from 1986.  The two issues summarize the original run of the Doom Patrol, as well as giving details on the new Doom Patrol that premiered in Showcase #94 (August-September, 1977) by Paul Kupperberg and Joe Staton (as well as their next two Showcase issues, all under Jim Aparo covers), and a little extra information, all under two incredible covers by John Byrne.  Thanks to Murray Ward and his army of contributors who created this index, as well as to the Grand Comics Database and Mike's Amazing World of Comics, whose work make this article so much easier to create! 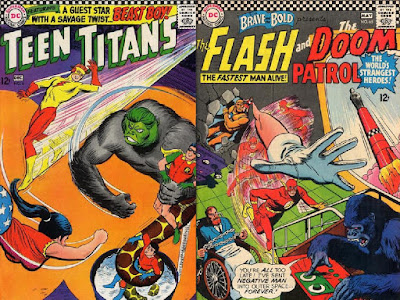 All this, and two Silver Age Doom Patrol appearances are overlooked.  The Doom Patrol appeared in Teen Titans #6 (November-December, 1966) by Bob Haney, Bill Molno and Sal Trapani, but it was reprinted in the Silver Age Teen Titans Archive Volume #2 of 2013, and in the Showcase Presents: Teen Titans first volume of 2006, and will be in the upcoming Teen Titans: The Silver Age Omnibus Volume #1 in November, 2016 (mostly focusing on Beast Boy...more on him later).  Sadly, the other appearance of the Doom Patrol, from Brave and the Bold #65 (April-May, 1966) by Bob Haney, Dick Giordano and Sal Trapani, has not been reprinted (but, if DC collected Flash's Brave and the Bold team-ups, as detailed here, this problem would be solved!).  Shouldn't we see another round of Silver Age Doom Patrol reprints....maybe even hitting their 1970s Showcase appearances (and more?).
Posted by Dave's Not Here Comic Blog at 2:55 AM