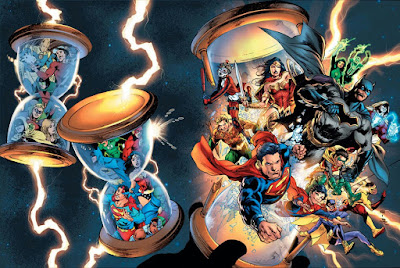 With their recent release, DC Comics is working a Rebirth of their universe, and this has gained them a lot of attention.

DC has reinvented itself before.

Beware....plenty of spoilers for comics here. 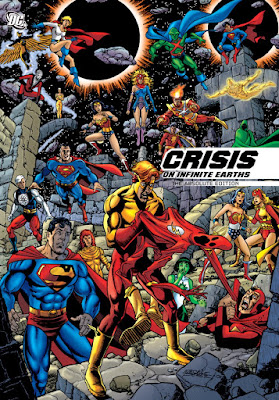 This 1985 12-issue mini-series was the big one, this Crisis on Infinite Earths by Marv Wolfman and George Perez...where "Worlds Will Live...Worlds Will Die...And That's Only The Beginning"!

It restructured DC's Multiverse in ways that are still being felt today.  One of the largest changes of the series was that Barry Allen sacrificed himself to save us all....and his protege, the young Kid Flash, Wally West, took up the mantle of the Flash to honor Barry Allen.

This was a pretty bold step for the time, and it shook up the status quo of the DC Universe for decades, and its effects are still being felt today. 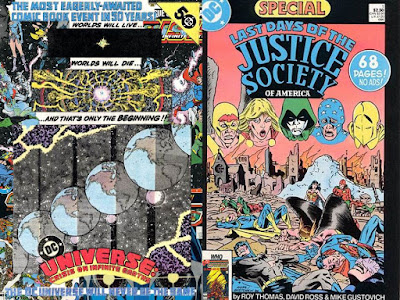 Some of the changes weren't well received by the fans, like the elimination of the multiple Earths, and soon after, the Justice Society of America from the DC Universe (in the Last Days of the Justice Society Special of 1986 by Roy Thomas, Dann Thomas, David Ross and Mike Gustovich) didn't sit well, especially since it felt they were taken from DC history as well....and it even took a little time for Wally to truly find his way as the Flash, as he grew up in his own Flash title. 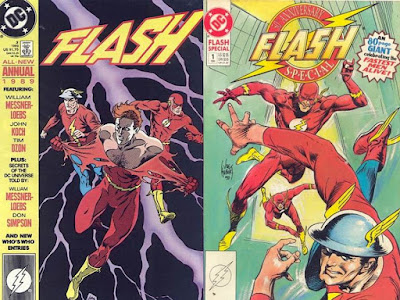 Thankfully, DC brought the Justice Society of America back to its comics...

...and Wally and the original Flash, Jay Garrick were allowed to establish a bond, with Jay serving as Wally's mentor (and Wally standing in for the son Jay and his wife Joan never had....). 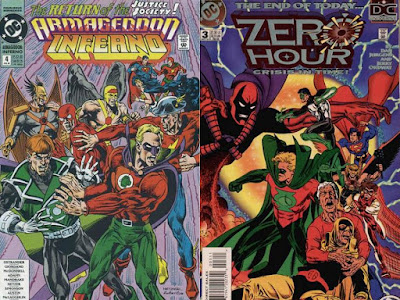 True, the age gap of heroes who started in World War II and the modern heroes was becoming strained (though many attempts at explaining how these heroes had extra vitality were added....after all, the DC Universe was a land of magic rings and super-speed formulas)....simply, if you believed a man could fly, you should also believe he could live a long time, right? 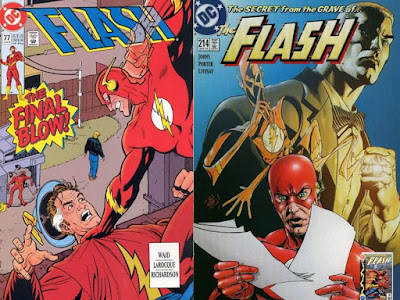 The older heroes were even aged more, and some of them had to change names.  The Armageddon 2001 event of the annuals of 1991 showed us the aging of the modern heroes, but that gave us Waverider, who returned the JSA to us 1992's Armageddon: Inferno, and the JSA aged more (and we got the Starman Jack Knight, and James Robinson's Starman legacy series) out of Zero Hour: Crisis In Time mini-series of 1994...


.....the legacy was becoming a little harder to see, and the old was being pushed aside for the new at times. 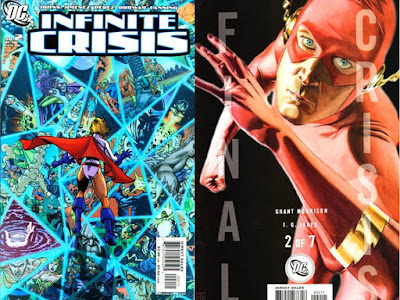 Even death was no longer the end, with DC's multiverse coming back in the Infinite Crisis of 2006....then, Barry Allen returned to the DC Universe, alive and well, as a part of DC's Final Crisis of 2008.


This also caused a bit of a problem...as what to do with Wally? 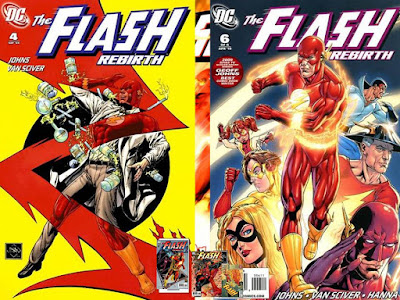 How can you be a legacy hero if the man you are living up to is alive and well and standing next to you...

....and you have a legacy hero of your own with the former Impulse, now Kid Flash?

Not to mention, if you grow up, doesn't that mean your mentor grows old? 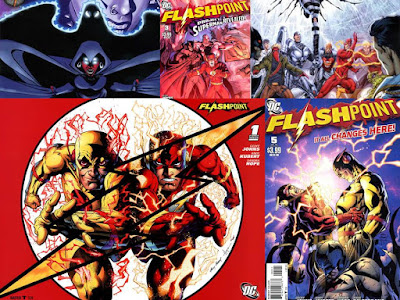 DC wrestled with this problem, coming up with their Flashpoint series of 2011, that changed the timeline yet again, as Barry Allen had to wrestle with the idea of saving his mom from the Reverse-Flash, as Barry's foe had traveled back in time to kill her (sadly, Barry had to let his mother die to save the multiverse from ending). 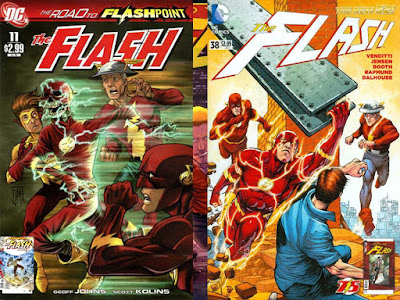 This led to the New 52 universe, which didn't have a Wally West until recently...

....and he was a little different than the original Wally (and had yet to take over for Barry....). 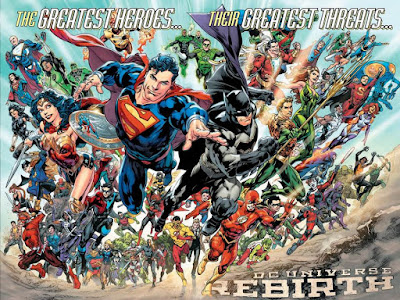 This also caused some controversy, and fans were somewhat upset at losing decades of DC history, and with DC Universe: Rebirth, it seems that a lot of that old history is still out there, just waiting to be rediscovered, both by the characters of the modern DC Universe and by new readers alike.


That is the lesson I choose to take out of the new direction for the characters of DC, and as for what we will see and how things will develop, only time will tell how that race is run.   It is hard, but to win the race, you also have to start it, and this start looks promising!  Still, as with all things, the clock is ticking....and you have to wonder when time will run out. 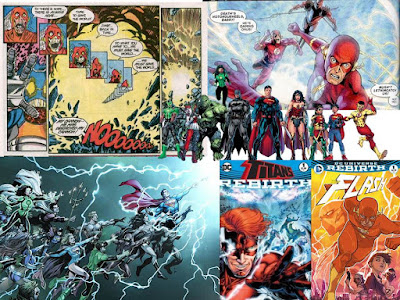 Quite a few metaphors in that last paragraph, aren't there?  But, it's true.  Stories, like characters, keep coming back, so long as readers want to read about them, and that's what keeps the race eternal....and moving forward, not unlike how Barry Allen ran into himself, when he was dying in the Crisis on Infinite Earths and becoming the lightning bolt that started his journey by striking himself in the police lab (an idea added to Barry Allen's origin in Secret Origins Annual #2 in 1988 in a story about Barry Allen's life by Robert Loren Fleming, Carmine Infantino and Murphy Anderson, and an idea that later Flash writers like Mark Waid and Geoff Johns have put to use....). 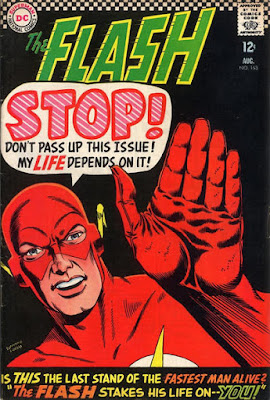 Just don't be in such a hurry to get to the future, that you forget the past...perhaps, this was the lesson of the New 52, which led to a Rebirth!  The fact is, heroes are there to deal with a Crisis, with the only time the Crisis will end is when we stop reading about them...