With Flash being a quick hit for the CW, Funko ran as fast as it could to make some Flash Reaction figures in 3 and 3/4 inch scale planned for release in July, 2015! 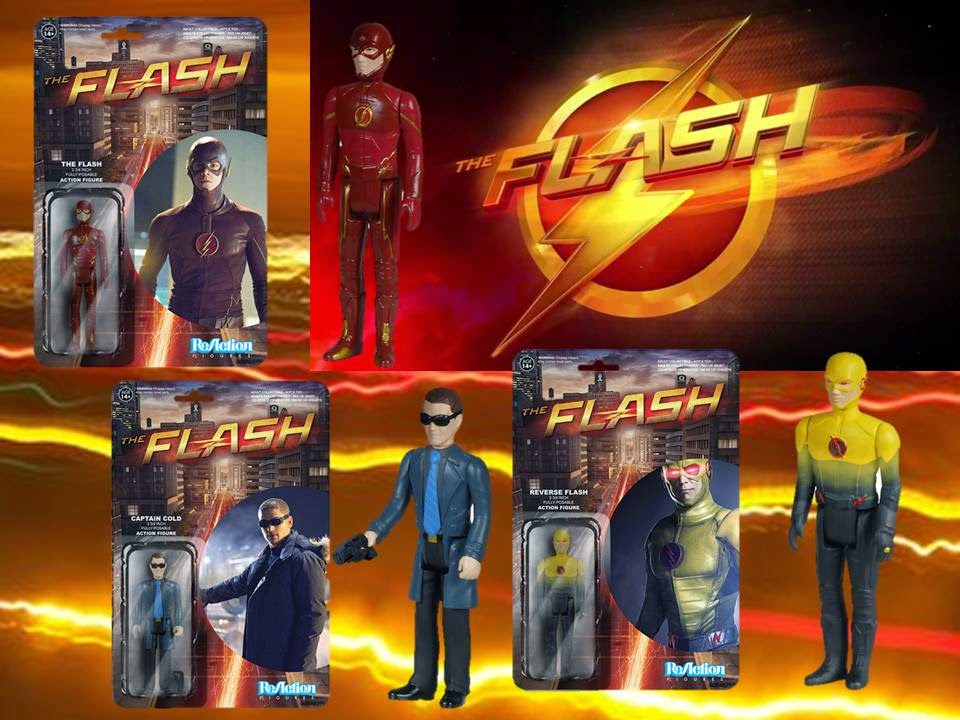 Series 1 is set to include the Flash, his chilly foe of Captain Cold (which needs a little bit of work), and his speedster nemesis, the Reverse Flash (who also looks a little too darkened up....).

Still, pair these up with the Arrow Funko Reaction figures Series 1, or enjoy them on your own, be sure to run right out and get these when they are available!  Hoping for more foes as well....like Heat Wave, Weather Wizard, Golden Glider, Pied Piper, the Trickster and Grodd....and friends like Firestorm, Iris West and the Atom!
Posted by Dave's Not Here Comic Blog at 10:16 AM