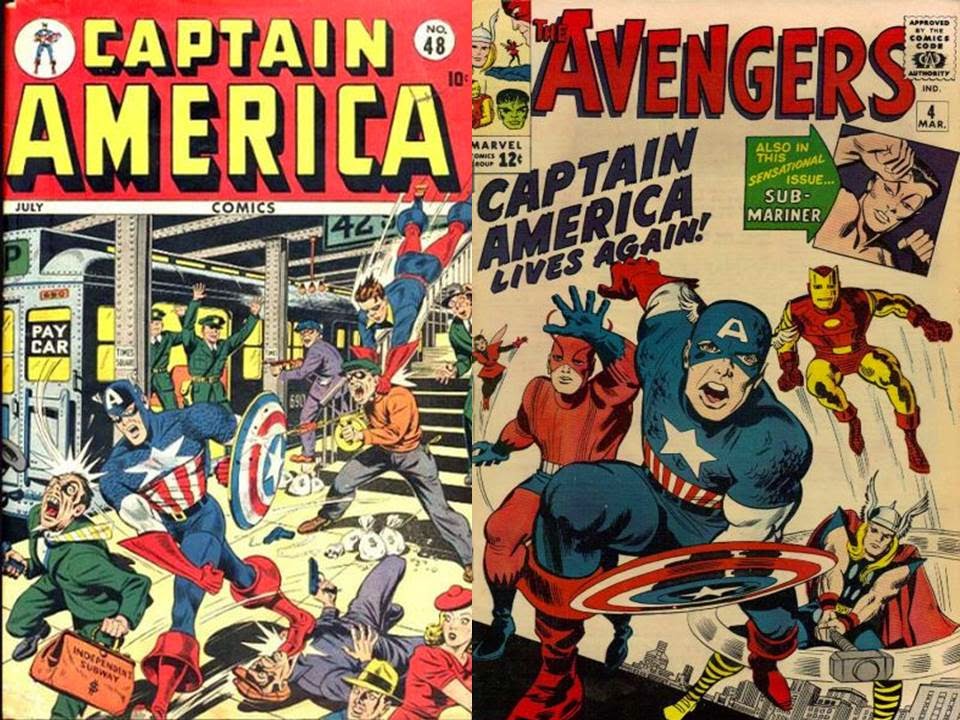 Steve Rogers was a brave hero, getting a super-soldier serum, stabilized with Vita-Ray treatments...turning him into Captain America, a hero for World War II!

Captain America fought in the war with his aid, Bucky, and was a leader to the war-time Invaders (which included the original android Human Torch, his partner Toro, the Atlantean mutant Sub-Mariner and more as members)...but Cap and Bucky didn't make it to the end of World War II, as in late April of 1945, being shot off a plane by Baron Zemo, and Captain America being awoken later by the Avengers (where he related this story to that assembled team).

Who Was Captain America II? 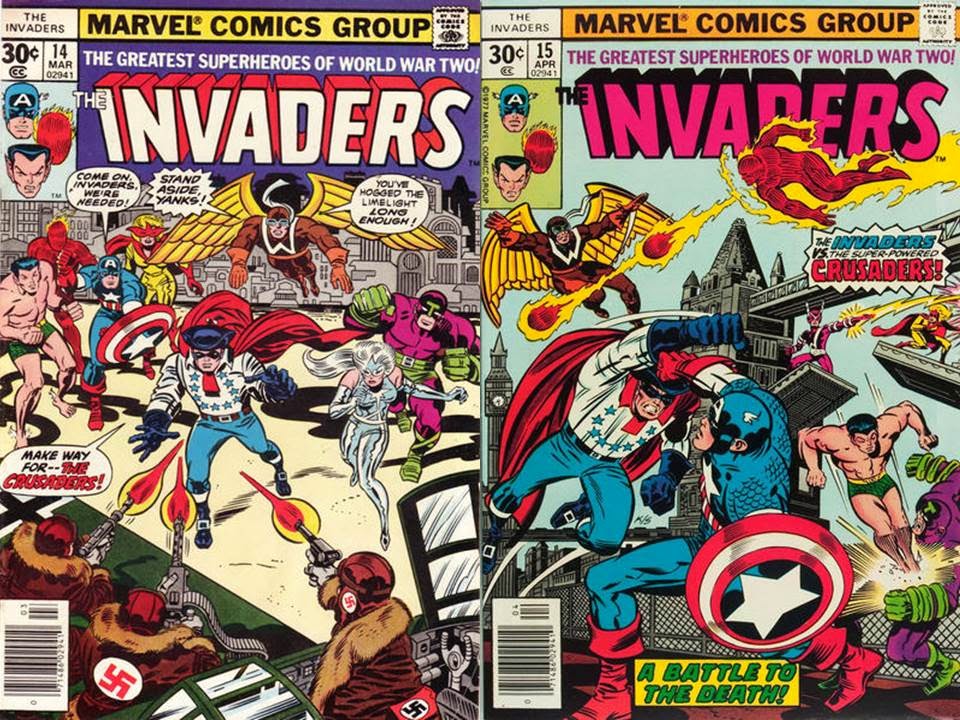 Captain America Comics were still published through the 1940s (and a revival in the 1950s).  So, who was behind the mask?  The man who was there first was the Spirit of '76 (also known as William Naslund).  The Spirit of '76 first appeared in Invaders #14 (March, 1977, by Roy Thomas and Frank Robbins) as a member of the Crusaders (a group of heroes tricked to fight with the Invaders, and the group bore more than a passing resemblance to Uncle Sam and the Freedom Fighters, who in the 1970s, fought a group of Crusaders which resembled the Invaders...but that's a whole different subject!).  The Spirit of '76 used a bulletproof cloak and fighting ability to lead his team.  The groups fought, and the truth realized and the members went their separate ways after Invaders #15 (April, 1977). 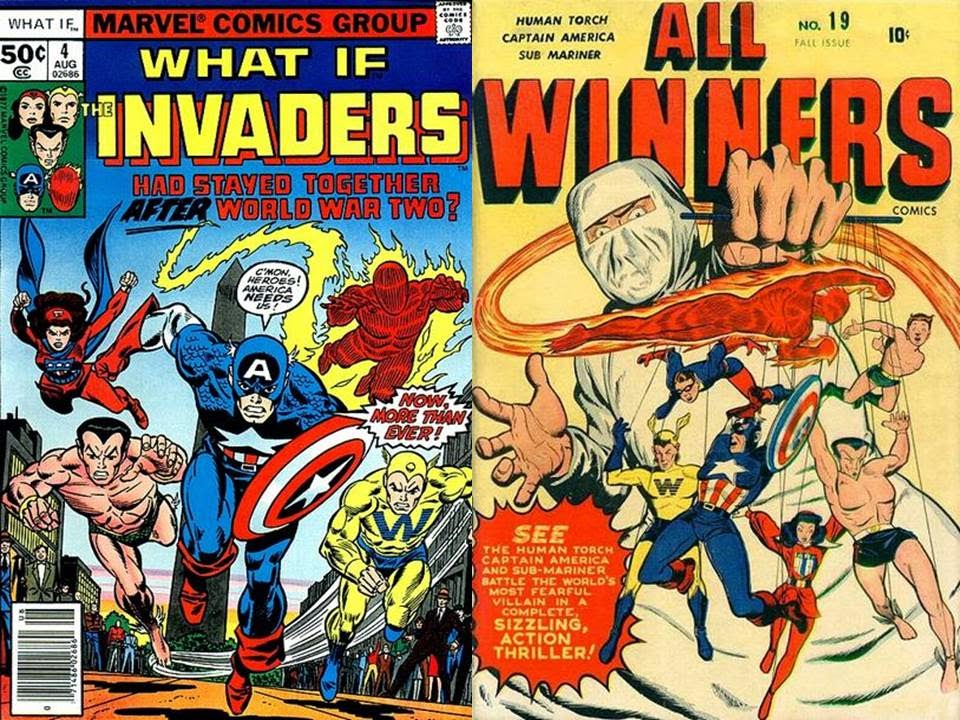 President Franklin D. Roosevelt drafted William Naslund to take over as Captain America (and a boy named Fred Davis, who had subbed for James Barnes' Bucky in Marvel Premiere #30, to be Bucky II) in What If? #4 (August, 1977, by Roy Thomas and Frank Robbins) for the duration of World War II.  The team took in the two, also adding the Whizzer and Miss America as regular members, and even changed the name of the group to the All-Winners Squad (ending the Invaders after WWII), and had an adventure facing Isbisa (chronicled in All-Winners Comics #19 of Fall, 1946, the first team-up of Marvel's 1940s major characters as a team, Justice Society of America style, even though earlier covers hinted at major team-ups), before the team faced the android Adam II, who ended up finishing off William's days as Captain America, with a new patriot taking his place for the rest of the 1940s Captain America comic adventures. 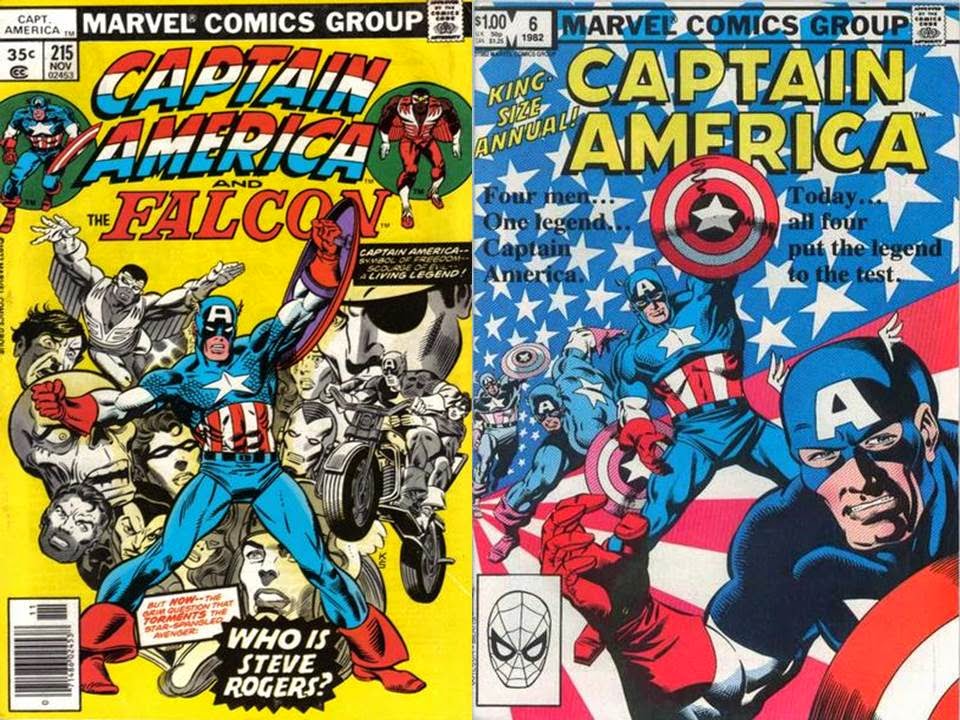 The comics published (still having mentioning Cap as Steve Rogers and James as Bucky), but were really William and Fred are as follows.... 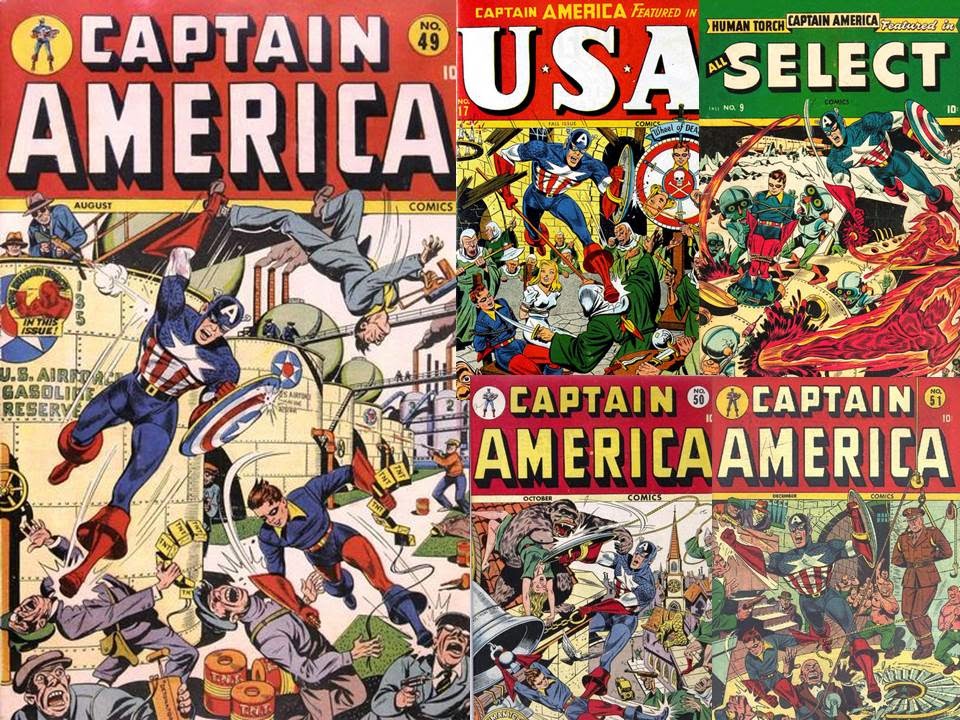 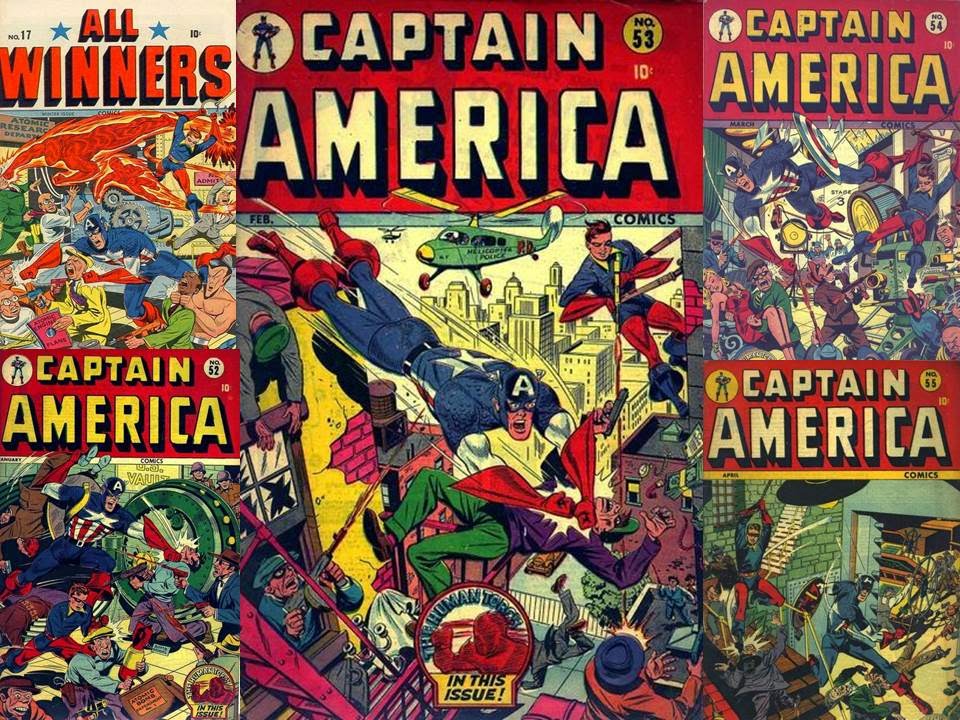 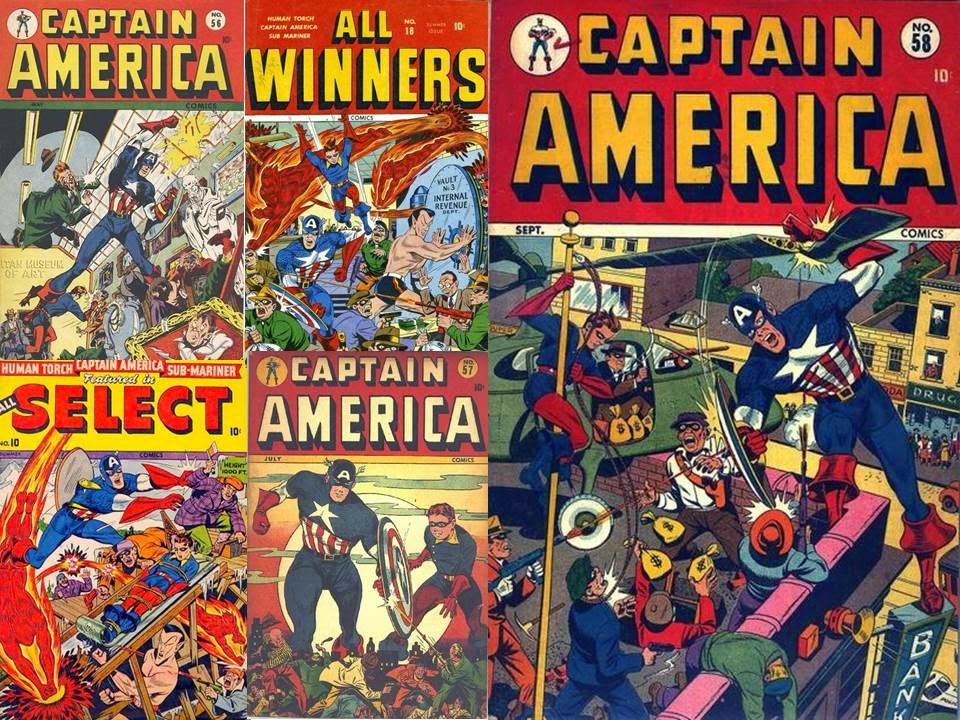