Captain America of the 1950s 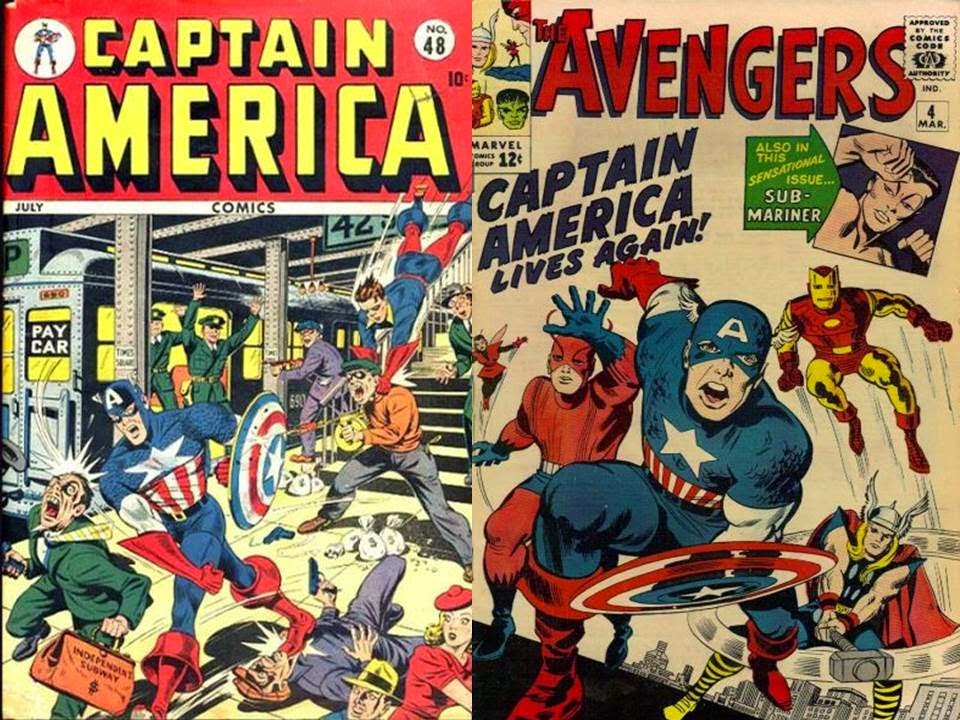 ...and then there was the Captain America of the 1950s book published by Atlas Comics (a precursor to Marvel Comics), at a time when monsters ruled the comics! 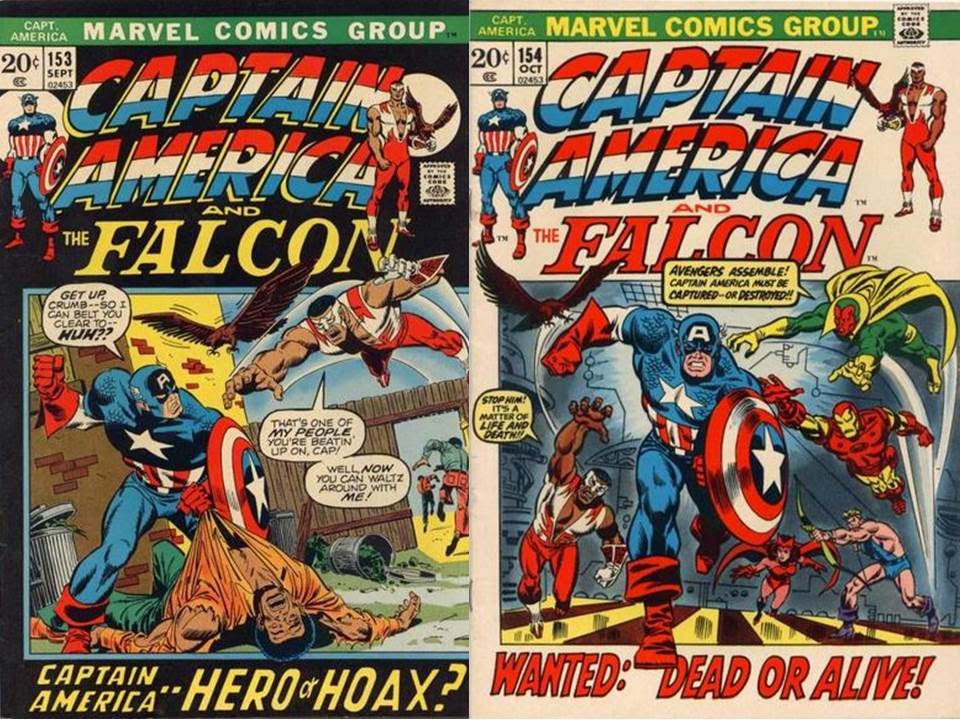 Though Captain America appeared in comics in the 1950s when there was a slight revival of super-heroes, Steve Rogers was at this time frozen in ice, awaiting to be found by the Sub-Mariner and the Avengers.

In comes William Burnside, a devoted Captain America fan, had surgery to look like Steve Rogers (and even legally adopted his name).  Burnside recruited Jack Monroe to be his Bucky, and the treated the two to a version of the super-soldier serum...and they fought the red menace of Communism...at least until the two went crazy and were locked away by the U.S. government for a time. 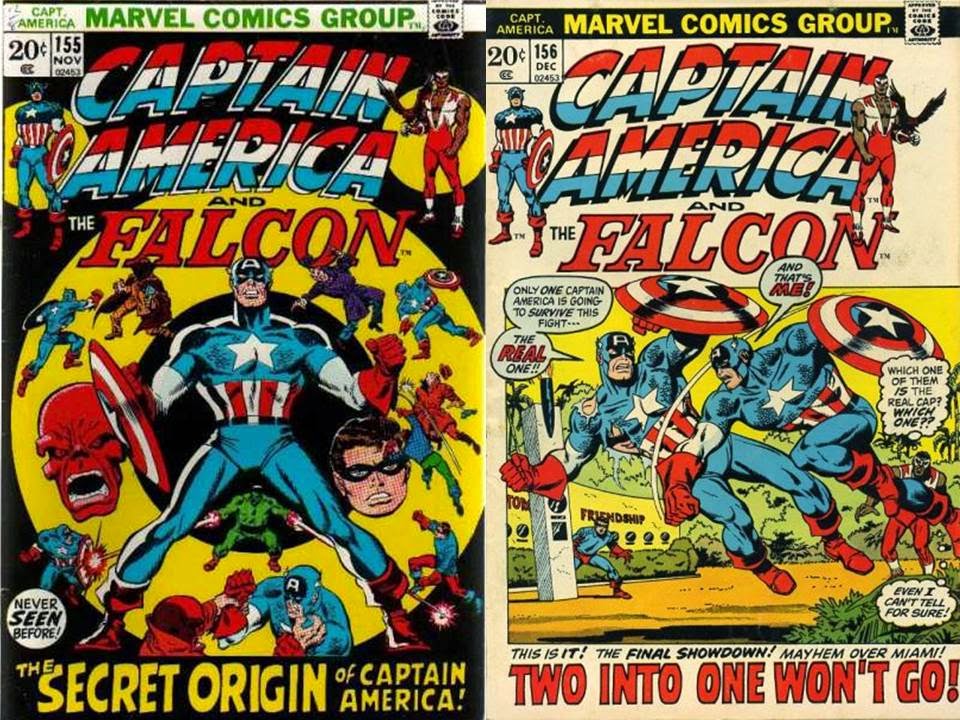 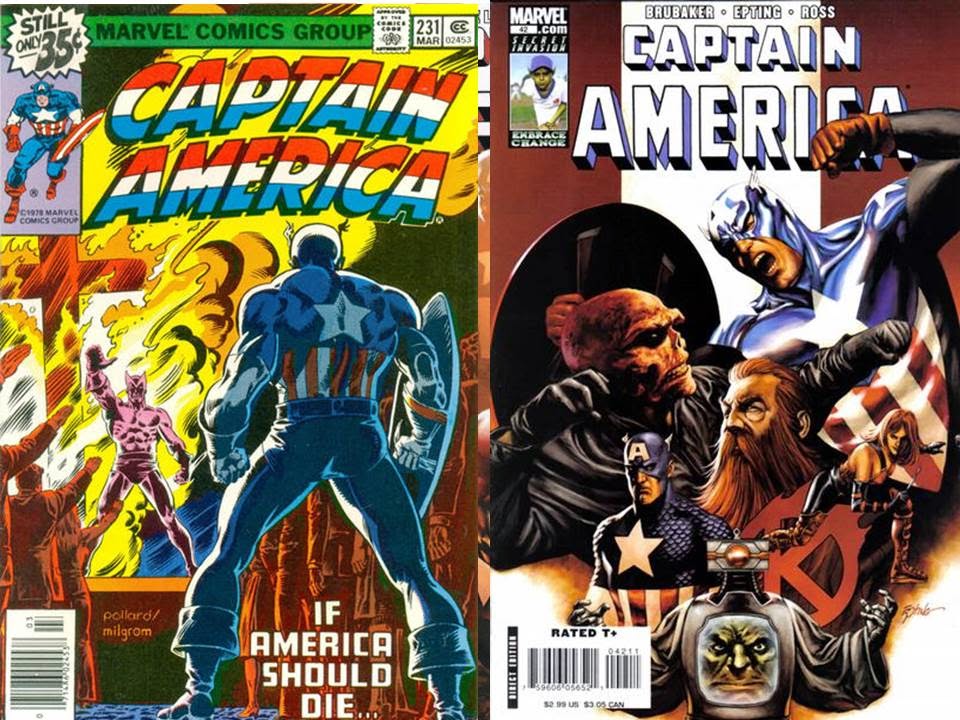 Burnside returns as a pawn of other villains under a different identity in Captain America #231-236 (1979). 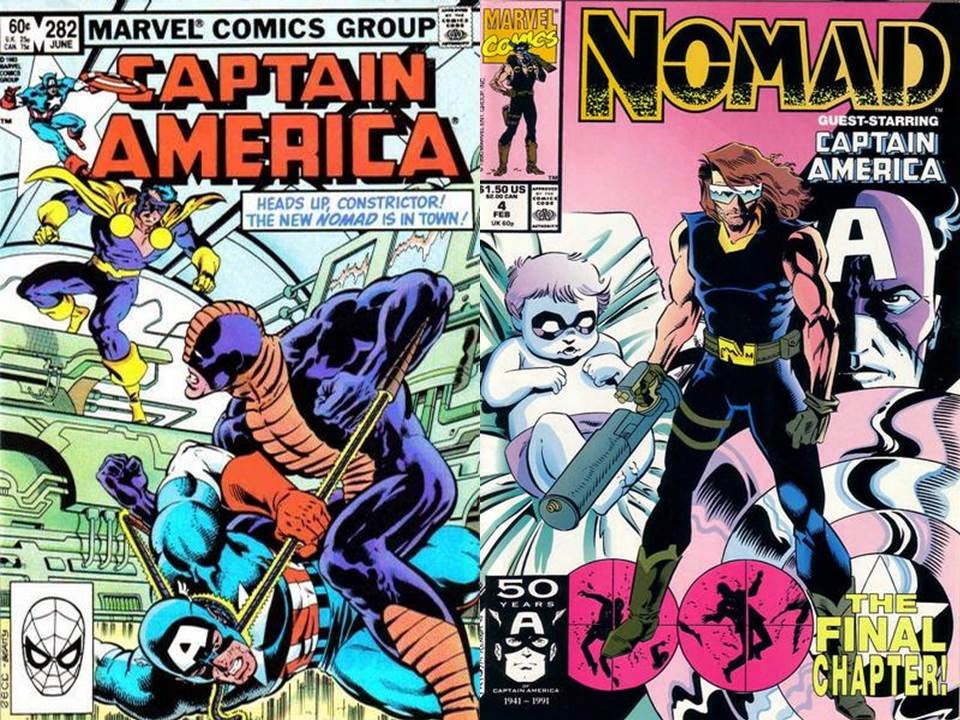 Jack Monroe was cured of his problems and took up the identity of Nomad (an identity Cap himself took on when he gave up being Captain America for a time) starting with Captain America #282 (June, 1983, by J.M. DeMatteis and Mike Zeck).

This Nomad even ended up with a four issue mini-series and a twenty five run in his own title for a time in the 1990s... 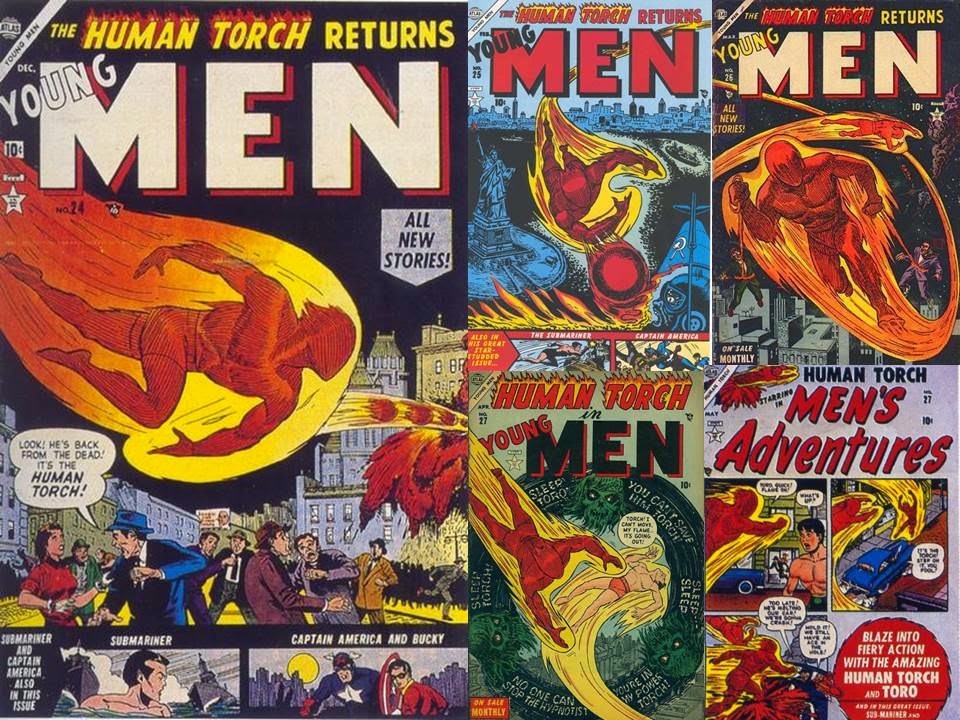 Here are the Atlas issues where Burnside and Monroe were Captain America and Bucky (though they are referred to as Steve Rogers and James Barnes in the issues), and the two face the various Communist menaces of the day (such as the Man with No Face and Electro, as well as his own version of the Red Skull, a fellow by the name of Albert Malik), though the original Human Torch monopolized the covers of the early stories. 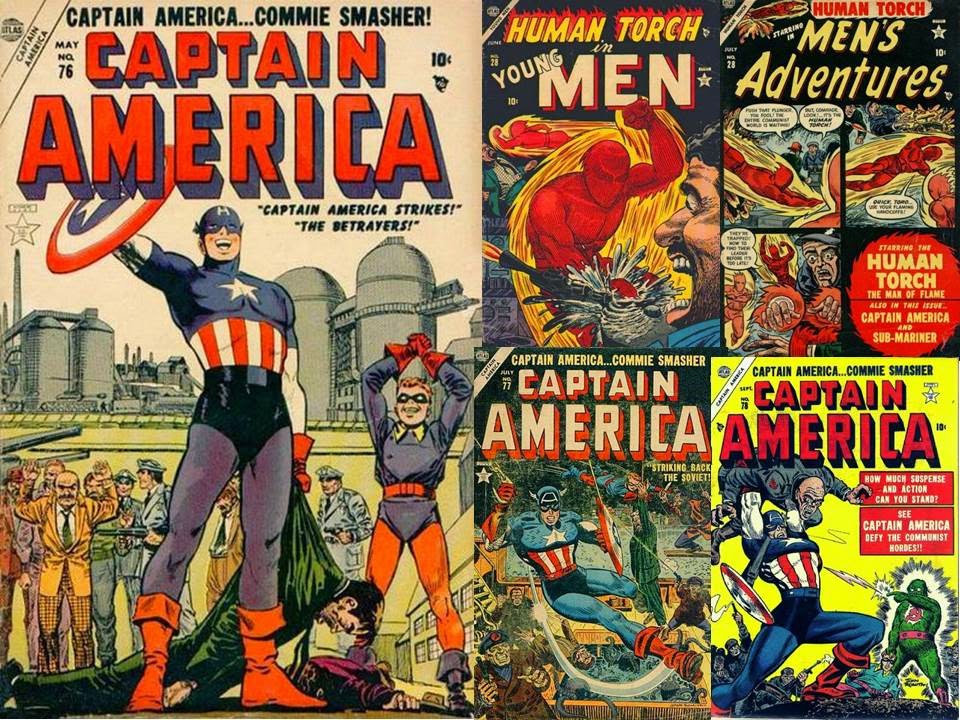 All this covers Captain America until he's found by the Avengers in Avengers #4 (March, 1964). 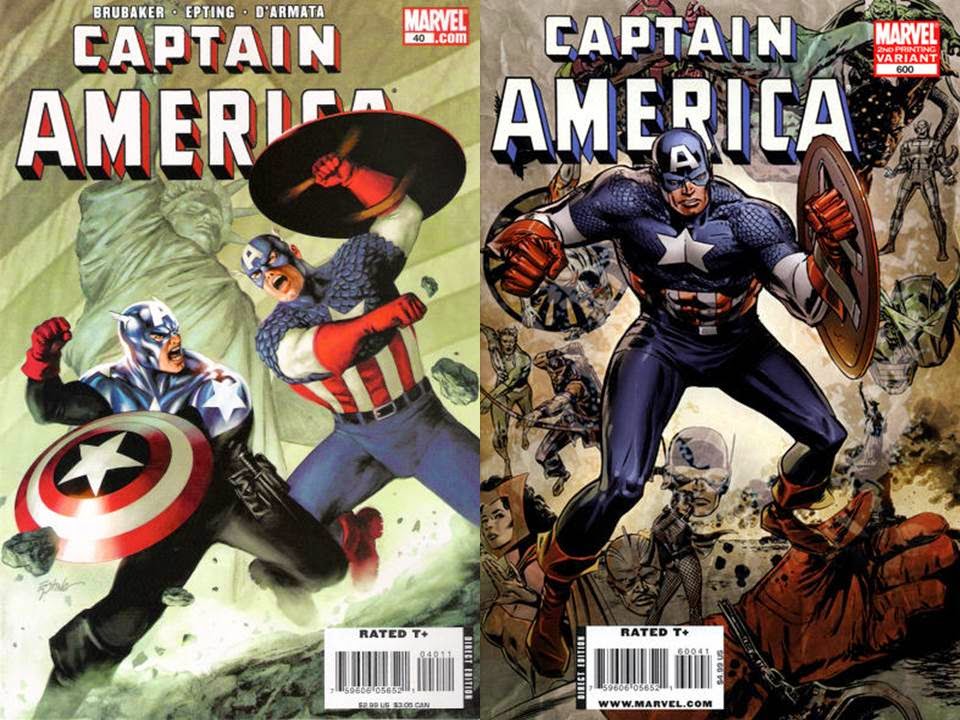