Superman Goes To The Dentist 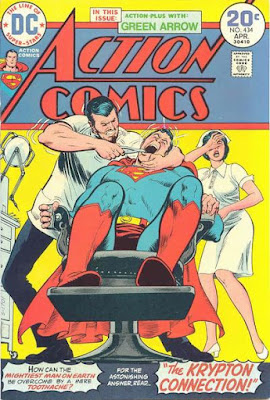 Taking a little break from the horror with a trip to the dentist for Superman...


In "The Krypton Connection" by Cary Bates, Curt Swan and Vince Coletta, Clark Kent ends up in a dentist chair, where Kryptonian criminals Dr. Xadu and Erndine Ze-Da use their torturous devices to put Superman under their mental control.... 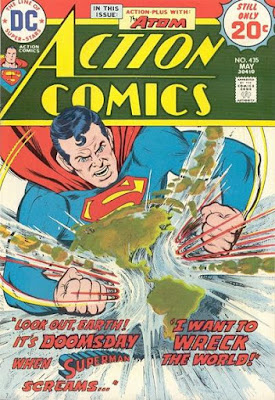 With "I Want To Wreck The World" by Cary Bates, Curt Swan and Vince Coletta, Superman is ordered to destroy Earth by Dr. Xadu and Erndine Ze-Da...but, of course, Superman recovers and doesn't (though to be honest, a bad toothache would make you want to destroy the world....).

This also wasn't the first time these Kryptonians tried mind tricks with Kal-El....that started back when he was Superboy!
Posted by Dave's Not Here Comic Blog at 4:23 AM