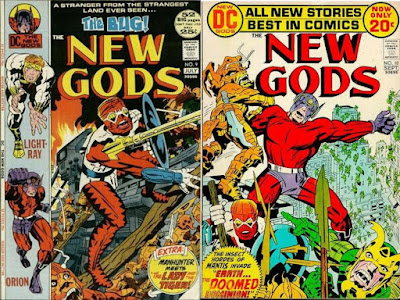 In his saga of the New Gods, Jack Kirby introduced readers to the Forager in New Gods #9 (June-July, 1972)...a member of the "insect-people" population under the Supertown where New Gods like Orion and Highfather lived.  Forager and his people were being manipulated to go to war against the residents of Supertown by Mantis (who was directed by the evil Darkseid of Apokolips).  Mantis took control of the bug Colony, and then transported them to Earth to attack Metropolis, where they were defeated in New Gods #10 (August-September, 1972, also by Jack Kirby) with the help of Forager, Orion and Lightray.

Forager wasn't like other Bugs, and might even have been one of the New Gods himself, but, sadly, Kirby never had the time to develop that storyline as Kirby's run of New Gods ended with #11.

Return Of The New Gods 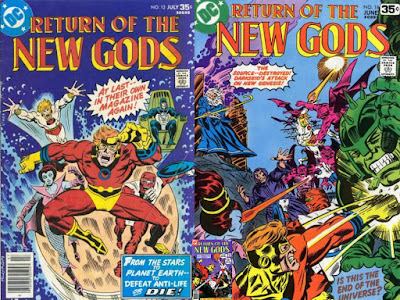 Forager did return, as a part of "Conway's Corner", where writer Gerry Conway and artists Don Newton and Rich Buckler, with inkers Dan Adkins, Bob McLeod and Joe Rubenstein continued the battles between the forces of New Genesis and Apokolips, with the Forager working with Orion, Lightray, Metron and a new addition, Jezebelle, to fight against Darkseid and his minions, like Desaad, with Forager being present in issues of New Gods from #12 (July, 1977) to #19 (August, 1978), and for the end of this branch of "the saga" in Adventure Comics #459 and #460 in 1978.

A Battle And Odyssey 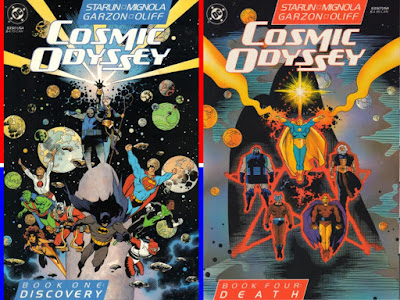 Forager did reappear briefly in Warlord Annual #6 (1987), as a part of a battle of the forces of New Genesis and Apokolips in the inner world of Skartaris (home of Travis Morgan, the Warlord), but really came to life during the four issue mini-series of Cosmic Odyssey of 1988, where Jim Starlin, Mike Mignola and Carlos Garzon had a universal battle of Darkseid's forces, with Earth heroes like Superman, Batman, the Martian Manhunter, Adam Strange, Green Lantern John Stewart, Etrigan the Demon and Dr. Fate... 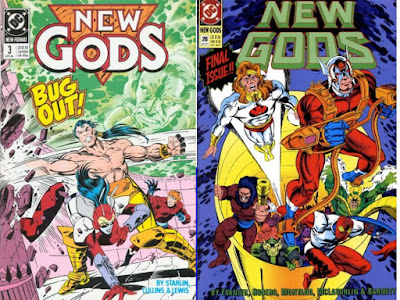 ...with dire consequences for the Bug...


Return Of The Bug 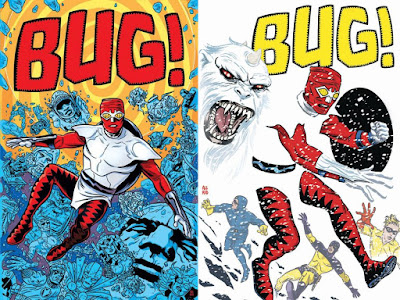 But, the Bug returns in a Young Animal series called Bug! The Adventures Of Forager by Mike Allred...with this bit player in the saga of the New Gods taking center stage (and maybe some of Kirby's other DC work being explored as well...like General Electric, who premiered in Sandman #1 of Winter, 1974)...

...proving that every insect will have his day!
Posted by Dave's Not Here Comic Blog at 4:35 AM