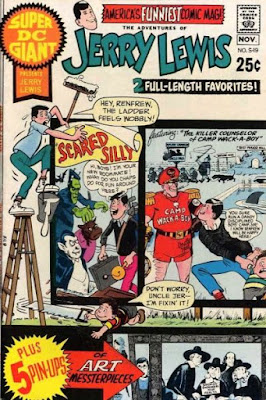 Here we are with another collection of reprints, and a little extra...

...this time looking back at the lighter side of comics, with a couple of issues of The Adventures of Jerry Lewis in Super DC Giant S-19 (October-November, 1970)....


...all under a cover by Bob Oksner and Neal Adams! 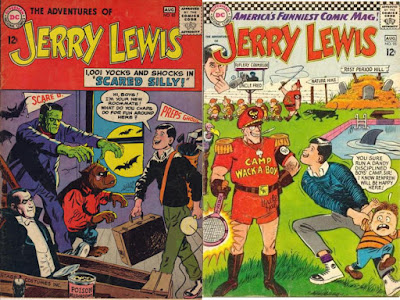 The stories in this issue come from Adventures of Jerry Lewis #83 (July-August, 1964) with "Scared Silly" by Arnold Drake and Bob Oksner, featuring Jerry dealing with an old age home of retired horror actors (Boris Killoff/Krankenstein, Bela Le Ghouli/Count Drinkula and Peter Leery/Dog-Boy,  and from Adventures of Jerry Lewis #95 (July-August, 1966 also by Drake/Oksner) with "The Killer Counselor Of Camp Wack-A-Boy", dealing with Jerry returning to summer camp (run by Uncle Hal), with separate camps for the boys and the girls (Jerry brings along his nephew, Renfrew, Witch Kraft and her niece, Zanyia). 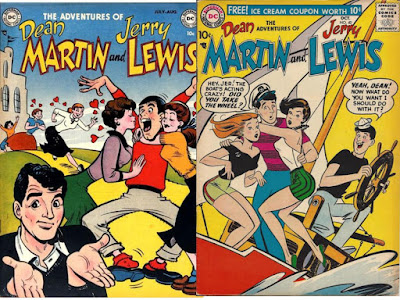 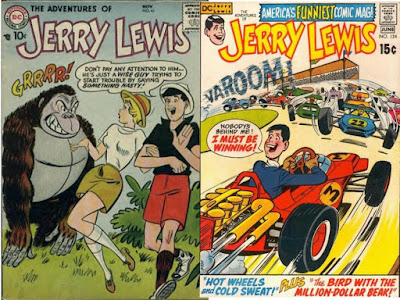 Jerry's comic counterpart soldiered on, as he took sole possession of the title with Adventures of Jerry Lewis #41 (November, 1957), with Jerry monkeying around, working his way through life, and through many adventures (including some that bordered on the supernatural), with the title ending with the Adventures Of Jerry Lewis #124 (May-June, 1971). 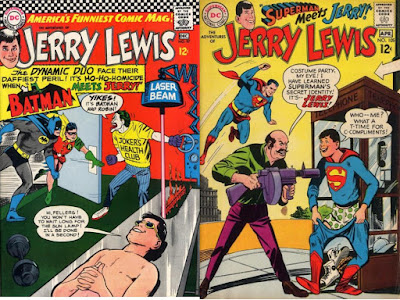 Of course, along the way Jerry did meet a few of DC's super heroes... 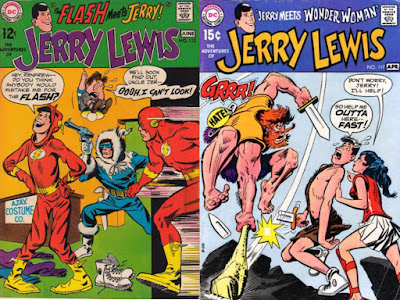 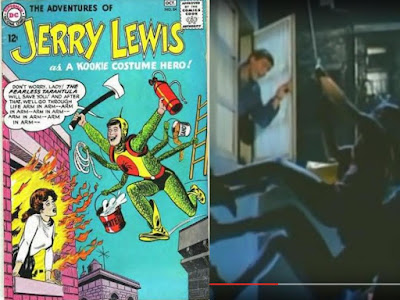 ....and even tries his own hand at being a super-hero (the fearless Tarantula) in the Adventures of Jerry Lewis #84 (September-October, 1964), as well as Jerry being the first actor to greet Batman and Robin in the 1966 Batman TV show, as a citizen leaning out a window in the Batman episode "The Bookworm Turns" from April 20, 1966.