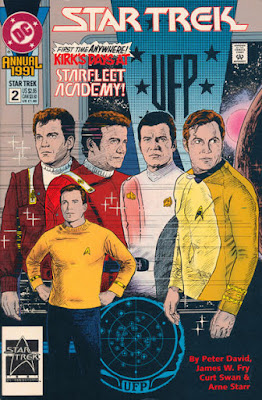 Captain James T. Kirk had a long history.....and quite a bit of it was covered in comic books!

Here's a look back at the various looks (and comic book incarnations) of James T. Kirk over the decades, celebrating the long life of William Shatner...


....one of the best covers is the cover for Star Trek Annual #2 (1991) by Jerome K. Moore, for an issue that focused on Kirk's time at Starfleet Academy (but also showed his evolution over the decades). 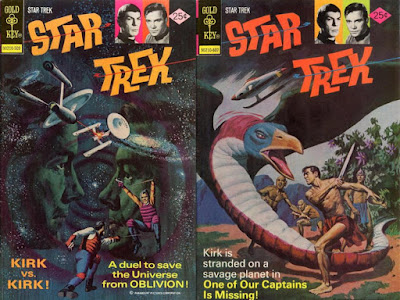 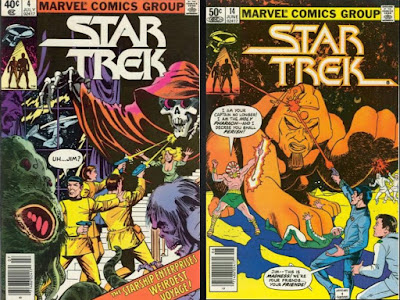 Marvel was next to have the Star Trek series, based on Star Trek: The Motion Picture, and since it only lasted for 18 issues from April, 1980 to February, 1982, it didn't have as much time to cover then Admiral James T. Kirk, with covers here from #4 (July, 1980) by Dave Cockrum and Klaus Janson and #14 (June, 1981) by Ed Hannigan and James Sherman. 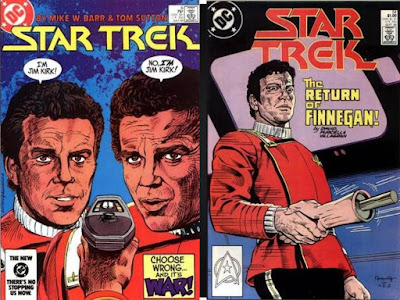 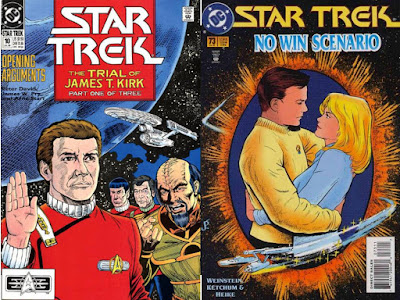 DC ran a second series based on the original Star Trek characters, running from October, 1989 to February, 1996, with stories of Kirk from all over his career, including #10 (July, 1980) by Mark Bright and Keith Wilson, and #73 (July, 1995) by Jason Palmer, for what ended up being Star Trek's longest running series, lasting 80 issues from October, 1989 to February, 1996, by which time the original Star Trek cast had moved on from Star Trek, leaving the movies and television shows to new generations.... 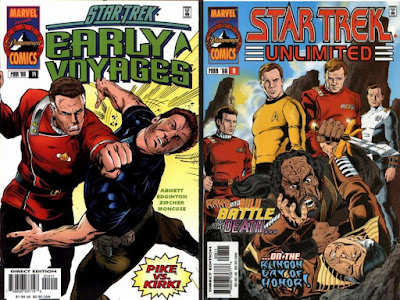 That didn't stop addition adventures with the original crew from happening....Marvel had multiple Star Trek series during the 1990s under the Paramount Comics imprint, and Kirk was featured in more than a few of the issues, such as Star Trek: Early Voyages #14 (March, 1998) and Star Trek Unlimited #8 (March, 1998), but sadly, neither issue credits their cover artists. 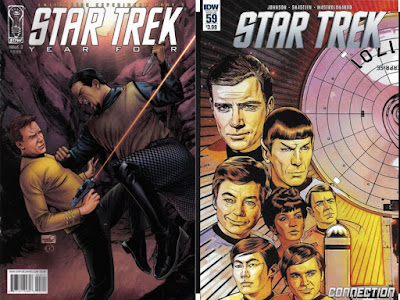 The Star Trek characters have ended up at IDW Publishing, with Captain Kirk being the feature of many covers and stories, including Star Trek: Year Four Enterprise Experiment #3 (June, 2008) cover by the Sharp Brothers... 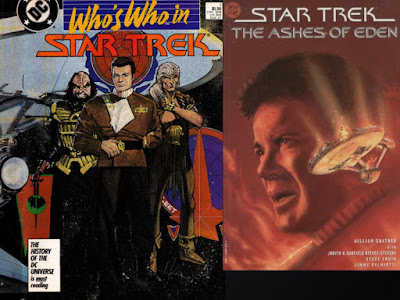 ....proving Captain Kirk will indeed live long and prosper (more of Captain Kirk's individual history is in Who's Who In Star Trek #1 from 1987; and a story co-written by William Shatner in 1995 called Star Trek: the Ashes Of Eden with cover by Nicholas Jainschigg) and for more Star Trek covers, for one's featuring Spock, and more here for Star Trek's 50th Anniversary).
Posted by Dave's Not Here Comic Blog at 2:21 AM