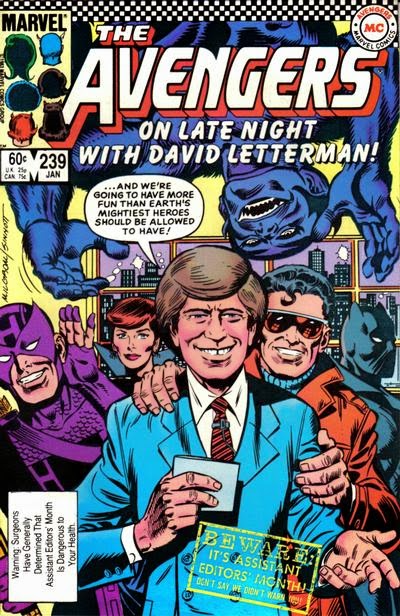 Did you know that late night talk show host David Letterman appeared in an issue of the Avengers?

Written by Roger Stern, with art and cover by Al Milgrom, Dave and Paul Shafer got to deal with a contingent of Avengers (including Hawkeye, Beast, Black Widow, Black Panther and sometime actor and stuntman Wonder Man).

This was a part of Marvel's Assistant Editor's Month, where weird and wacky things happened in all the Marvel titles, and Hawkeye was dealing with his new deafness (and new bride, Mockingbird aka Bobbi Morse!), and Dave had to take a hand in defeating the villain of the piece...the dreaded Fabian Stankowicz!