With Arrow being a big hit on the CW, it isn't surprising that Funko wouldn't fail our city (or us)...and plans on giving fans a series of 3 and 3/4 ReAction figures based on the series, coming in July, 2015! 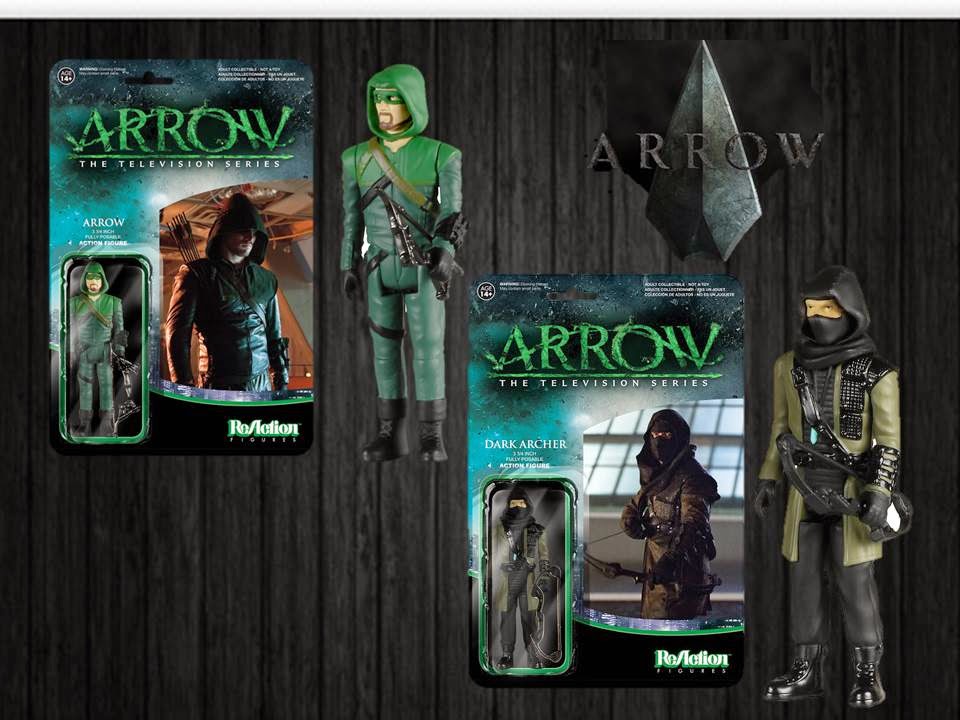 With Series 1 set to include the Arrow (with mask from Season 2), the Dark Archer, Black Canary (also from Season 2) and Deathstroke, one is ready to have all sorts of adventures in Starling City and beyond (and Flash figures are also promised, as Flash and Captain Cold prototypes were also shown, as Flash is a part of Arrow's world!  Plans were mentioned for a "Diggle Arrow" and maskless Arrow as well).  Hoping for Arsenal, Wildcat, Captain Boomerang, Clock King, Cupid, Count Vertigo, Deadshot, Pied Piper, Reverse Flash, Heat Wave, Grodd, the new Black Canary and more!). 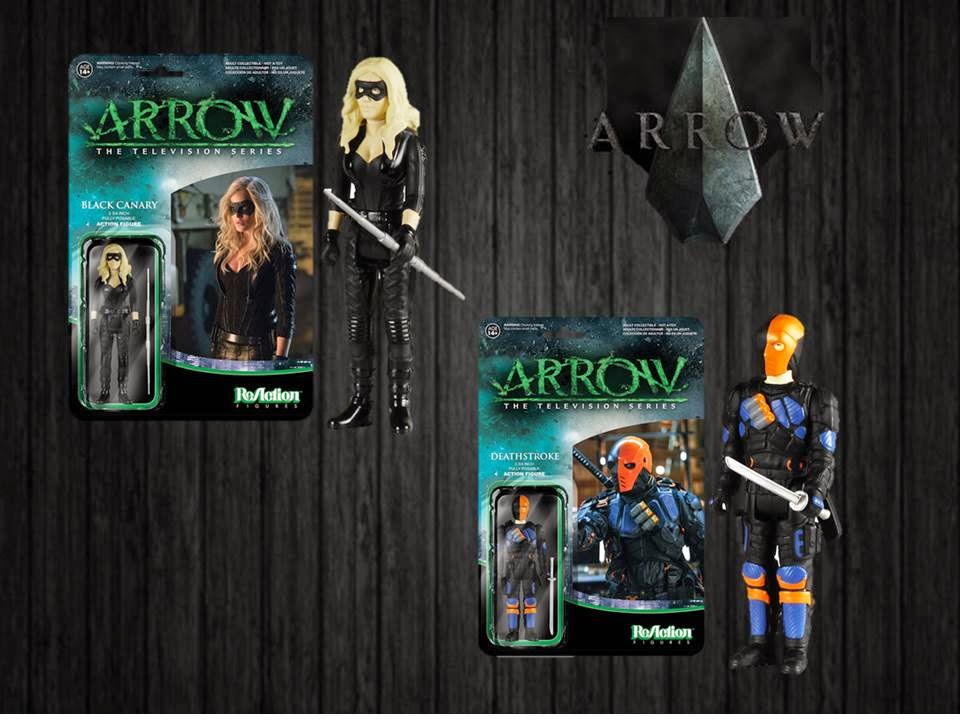