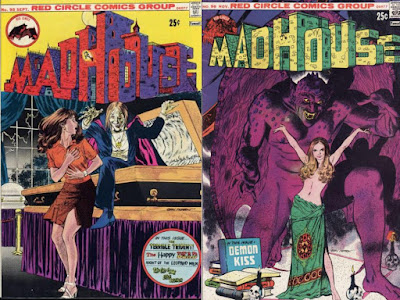 Archie Comics usually is known for light humor, but for three issues in the 1970s, Mad House became a horror anthology under the Red Circle brand! 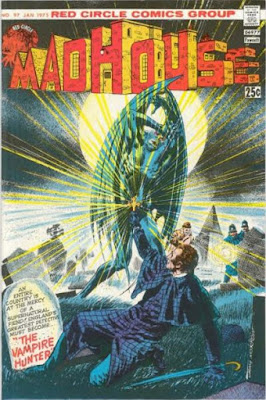 The stories featured monsters, zombies, vampires, demons, gypsies, and more to get you in a Halloween mood.

Posted by Dave's Not Here Comic Blog at 2:00 AM