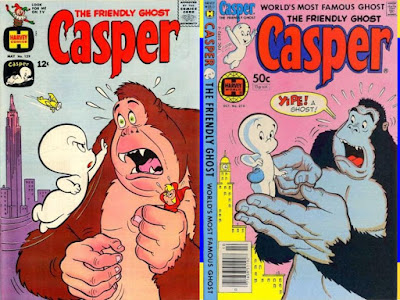 The first thing I think of when thinking about a giant ape is Casper the Friendly Ghost?

Sadly, no records of the artists of these Harvey comic covers is available.