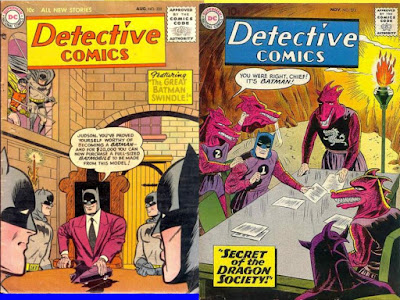 True, Batman has never really gone out of style, but in more than a few issues of Detective Comics, Batman has dumped his usual look for something a little different....

...., so, as we approach Detective Comics #1000, here are a couple of those different looks for Batman as he dresses up to join different groups of high society! 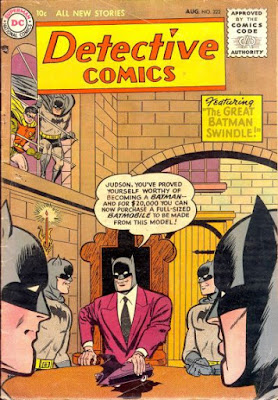 Millionaire Ned Judson was summoned by the Brotherhood of the Batmen to join their group (because, as you know, Batman has been more than one person over the years).

Well, not really....this was a group of criminals using Batman's reputation to try to swindle millionaires, and this evil plot might have worked.... 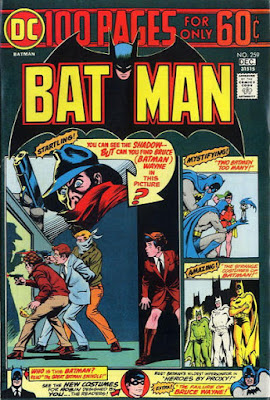 ...had the real Batman not seen Judson one night on patrol, learns their plan, then trains Judson himself, to help him take the Brotherhood down.


This tale has been reprinted in Batman #259 (November-December, 1974), along with a few other costumes for Batman in the reprints contained within, and even a smaller and giant Batman (previously covered here!), along with a new story with a young Bruce Wayne being influenced by the Shadow.

The Secret Of The Dragon Society 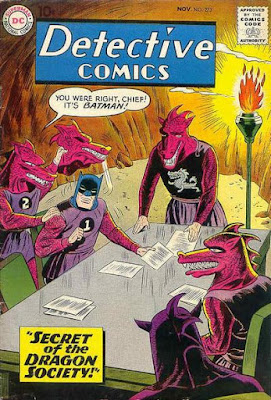 Detective Comics #273 (November, 1959) with no listed writer and art by Sheldon Moldoff and Charles Paris bring you a Batman joining high society....well, Dragon Society, that is.

The Dragon Society is a group of criminals that operated in multiple cities, who keep their identities a secret.

Learning that criminal Mack Hodges is a member, Batman assumes his identity, infiltrating the Society until he is caught, but, Robin arrives in time with the police to capture the Society leaders, like Harvey Straker, as Batman had been able to get out word of the secret location of where he was. 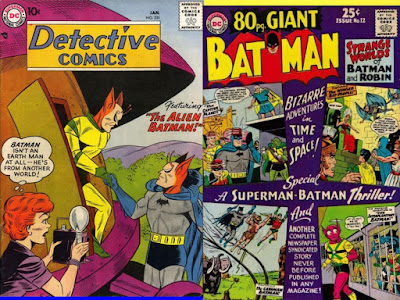 Sadly, this tale has not been reprinted, but this isn't the first time Batman's had a big head....like he has when he was the alien Batman, or times when Batman dealt with alien invasions himself, like the stories contained within the 80 Page Giant #12!
Posted by Dave's Not Here Comic Blog at 4:00 AM