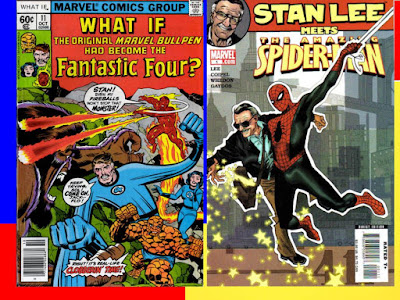 What do you say about the legend that was Stan Lee?

A man who worked on Simon and Kirby's Captain America?

Co-creator of Groot, Fin Fang Foom and a whole host of monsters for Timely's monster comics of Strange Tales, Tales To Astonish, Journey Into Mystery and Tales of Suspense? 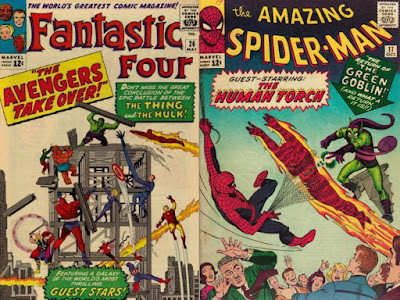 A man who revolutionized the comic industry in 1961 with the creation of the Fantastic Four for Marvel Comics (with Jack Kirby), that led to other creations like the Hulk, Ant-Man, Dr. Doom, Iron Man, Thor, the Wasp, the Avengers, the X-Men, the Scarlet Witch, Quicksilver, the Inhumans, Black Panther and (with Steve Ditko), Spider-Man, Dr. Strange and all their fearsome foes including the Sinister Six! 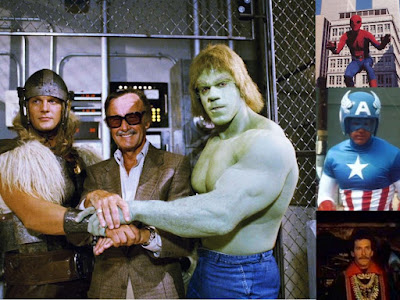 A man who was there as Marvel properties found their way live on your television set, with shows like the Incredible Hulk (which had movies with Daredevil and Thor), Spider-Man, and made for TV movies Captain America and Dr. Strange?  Not even mentioning the various animated features (including the Simpsons, which Stan more recently lent his voice to as well). 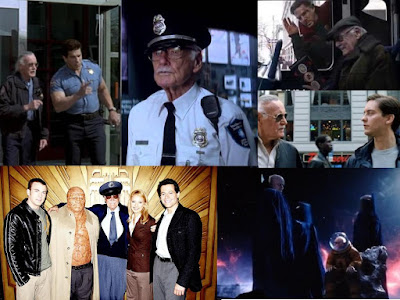 A man whose cameos in recent Marvel movies are legendary?

We say that Stan Lee shall forever remain, "the man".  Excelsior.

Posted by Dave's Not Here Comic Blog at 1:30 PM