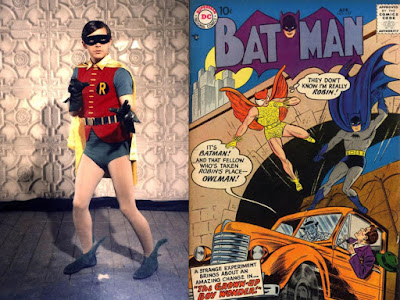 Technically, it should be "holy birthday, Robin"....as today is the birthday of the 1966 Batman TV show version of Robin...Burt Ward!


The former Boy Wonder is all grown up now, and what an opportunity to talk about when Robin grew up quickly in the comics as well! 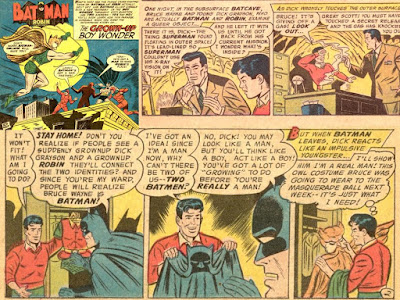 Batman #107 featured the story of "The Grown-Up Boy Wonder" by Bill Finger, Sheldon Moldoff and Stan Kaye, where Robin was exposed to a strange gas in a box Superman gave Batman and Robin to guard...which turns young Dick Grayson into an adult!   Problem is, though his body grew up, he still had the mind of a teenager (as well as having to hide that Dick Grayson and Robin grew up, so Dick creates the identity of Owlman to help Batman, but gets caught by a group of criminal acrobats, who unmasked him, and plan to look for that face to help figure out Batman's identity as well. 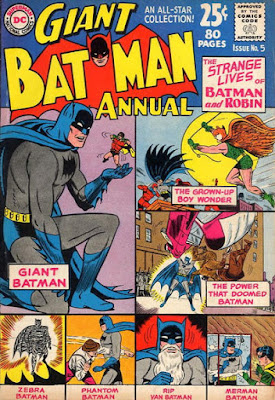 Thing is, the gas wears off, and Dick goes back to being young (and Robin), so the criminals search will be fruitless (at least for many years.....).

Of course, Robin grew up other times in the comics as well, most notably when the original Robin (from the Golden Age of the 1930s and 1940s) grew up and joined the JSA.... 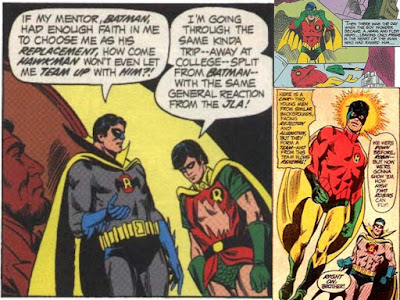 .....but that a topic already covered, but you can read about it here and Golden Age solo Robin stories, here!