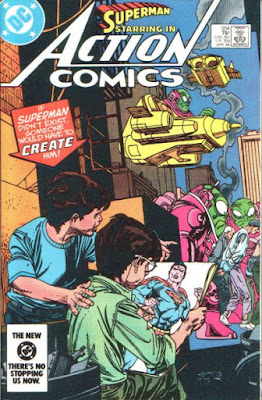 "If Superman Didn't Exist, Someone Would Have To Create Him!"


That's what it says on Gil Kane's cover for Action Comics #554 (April, 1984), and that's what we see....two kids named Jerry and Joe, creating Superman, in this story by Marv Wolfman (and drawn by Gil Kane) called "If Superman Didn't Exist..."!


Aliens had created pyramids existed in time, which erased the heroic myths from Earth's history, but two odd kids (Jerry and Joe) still believed in Superman, and created him (who was able to stop the aliens, and restore the timeline). 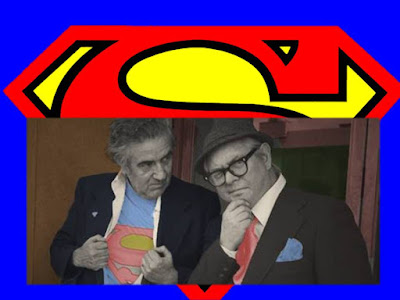 For all they did, comics owe a great debt to Jerry Siegel and Joe Shuster, for their original creation of Superman in Action Comics #1 (June, 1938)...