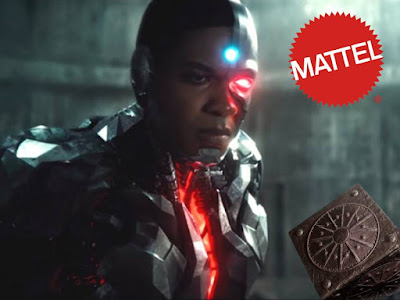 With Mattycollector no longer in the picture, seems the DC Multiverse is a little lacking in exclusive figures for the 2017 San Diego Comic Con... 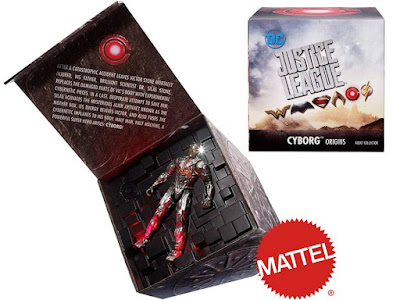 It is an exclusive, premium Cyborg figure based on the character to fully debut in the upcoming Justice League movie, packaged in a Man's World Mother Box (the device scientist Silas Stone used to save his son, Victor, and turn the lad into the super-powered Cyborg). 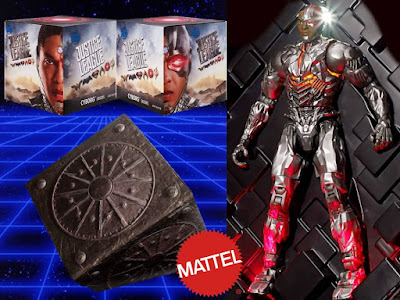 The 6 inch figure's eye and torso light up when with a red LED when the button on the base is pushed.  The figure includes the hero in his silver colored power suit with 20 points of articulation, his White Noise Cannon arms and a translucent mask and chest, and should be available at Mattel's booth at SDCC for $25!
Posted by Dave's Not Here Comic Blog at 4:41 AM