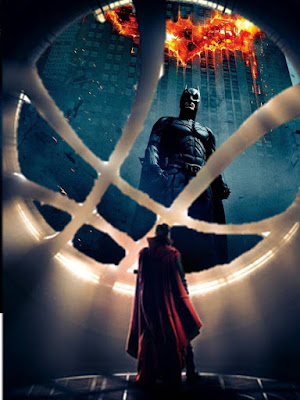 It is a little difficult for Batman and Dr. Strange to team up....


....after all, one is part of DC Comics, the other is a member of the Marvel family...

....but, impossible is just a day's work for the Darknight Detective and the Sorceror Supreme! 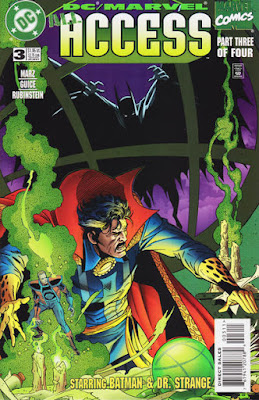 Back in the 1990s, DC and Marvel had a series of company wide crossovers, first in 1996 with DC vs. Marvel/Marvel vs. DC for 4 issues, and a group of "amalgam" characters....and that proved popular enough for a second round in 1997.


In Late January, 1997, issue #3 of DC/Marvel All Access came out (by Ron Marz, Jackson Guice and Josef Rubinstein), with a meeting of Batman and Dr. Strange!

This was a set up for the next issue, with a battle of the JLA and the X-Men, but still, Batman and Dr. Strange did meet for a time! 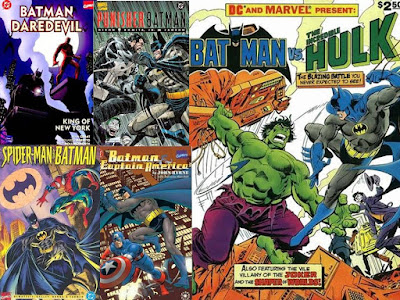 Batman himself met more than his fair share of members of the Marvel Universe, in team-ups before the major Marvel/DC crossover, having individual team ups with Daredevil, Punisher, Captain America, the Hulk and Spider-Man...

.....and those meetings are detailed here! 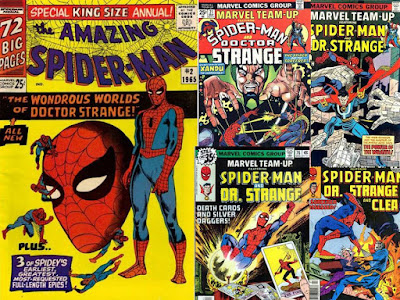 While not usually a group guy (though Stephen Strange did help to found the Defenders, and later even joined the Avengers), Dr. Strange did help out fellow New Yorker, Spider-Man, quite a few times, in his own title and in Marvel Team-Up (details provided here!).

When heroes work with heroes, the results are magical!

Posted by Dave's Not Here Comic Blog at 4:19 AM