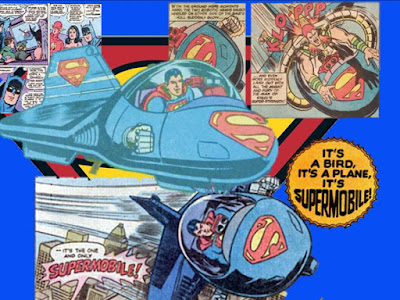 Sure, Wonder Woman had her invisible jet, and Batman had all those wonderful toys (including the Batmobile), but when you are faster than a speeding bullet and more powerful than a locomotive, why would Superman need a vehicle of his own?

Well, he did and it was the Supermobile! 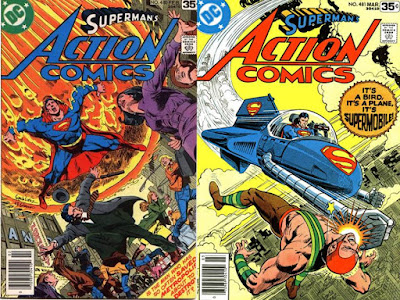 The story started in Action Comics #480 (February, 1978, by Cary Bates and Curt Swan, with a cover by Jose Luis Garcia-Lopez and Dick Giordano),  wherein red sun radiation hitting Earth weakens Superman and revives Amazo (an android that duplicates the powers of the JLA).  Amazo wants to go back to sleep, and looks for his creator, Professor Anthony Ivo (all the while, trapping most of the Justice League in their satellite, and putting it in another dimension).  Superman needs help to fight Amazo, and gets it in Action Comics #481 (March, 1978, also by Bates and Swan, with cover by Garcia-Lopez), when he goes to his Fortress of Solitude, and brings out the Supermobile in a story called "It's a bird...It's a plane...It's Supermobile!".

The Supermobile was an extension of Superman, made of Supermanium, allowing him to keep his powers under a red sun and use his powers through the vehicle, with vents for his super-breath, a scope to use his microscopic, telescopic, heat and x-ray vision, monitors that work with his super hearing, and telescopic robotic arms that Superman can use his super-strength with (along with the vehicle's invulnerability and flight abilities). 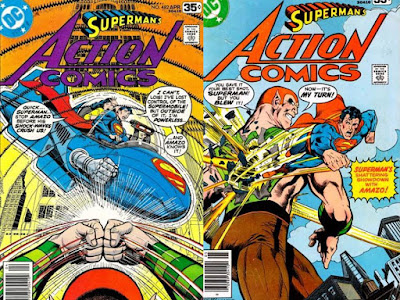 The citizens of Metropolis need the Supermobile as Amazo plots against Superman, threatening the staff of the Daily Planet, so Superman picks Lois up in the Supermobile and heads five days into the future (all in Action Comics #482, April, 1978, by Bates and Swan, with a Garcia-Lopez cover) in the story "This is a job for Supermobile!".  Then, in Action Comics #483 (May, 1978, by Bates and Swan, with a cover by Rich Buckler and Dick Giordano), Superman defeats Amazo and returns the JLA and its satellite home. 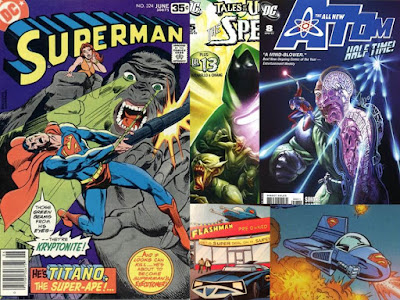 Superman rarely used the Supermobile, taking it out to clean up Kryptonite after an encounter with the Atomic Skull and Titano in Superman #324 (June, 1978)...and it mostly being regulated to limbo, other than an appearance in the future in All-New Atom #8 (April, 2007), being up for sale in Funky Flashman's used car lot in the Dr. 13 part of Tales of the Unexpected #5 (April, 2007)... 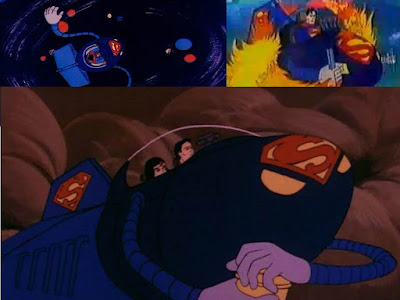 The Supermobile even made it into animated Superman...with his Super Friends! 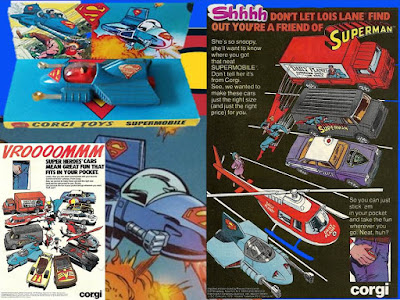 The Supermobile did make it as a Corgi toy, to go along with the Daily Planet helicopter, Metropolis police car, Superman van, and Daily Planet delivery truck.... 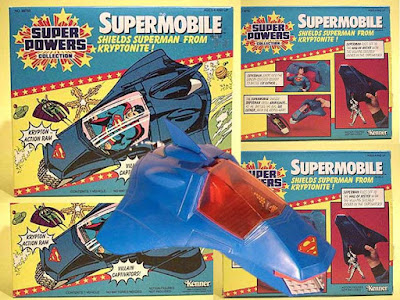 ...and as a part of Kenner's line of vehicles, to go along with their Super Powers figures (though this Supermobile found itself altered a bit, lacking the arms and instead having a "Krypton Action Ram"). 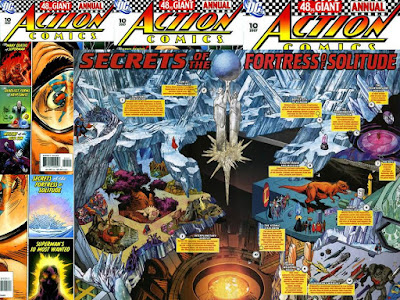 It was this version of the Supermobile that popped up in the corner of Action Comics Annual #10 (March, 2007) in the Secrets of the Fortress of Solitude 2-pager (lower right corner), so maybe we'll see the Supermobile again!