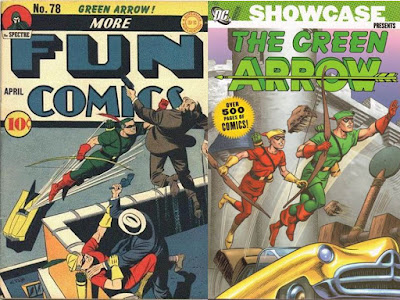 You likely know about Batman and his Batmobile, but did you know that Green Arrow had a car of his own, called the Arrowcar? It was true, ever since his earliest days in More Fun Comics! Face it, having a good car is more fun! It’s also quite an Adventure, and if you’re lucky, you get one of the World’s Finest vehicles (and Green Arrow appeared in strips in the back of Adventure Comics and World’s Finest Comics for years…). 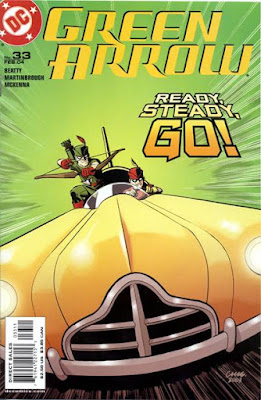 Ollie Queen patrolled for crime in comfort in his early days with Speedy, driving around town in his bright yellow Arrowcar! One does have to wonder…why such a bright yellow car? Maybe just what he could get his hands on as a wealthy playboy in those days.


Sadly, the Arrowcar met it’s end back in Green Arrow #33 (February 2004, by Scott Beatty and Shawn Martinbrough) when Green Arrow had to face of against people who had purchased the vehicle at an auction (including Superboy foe, the Scavenger). 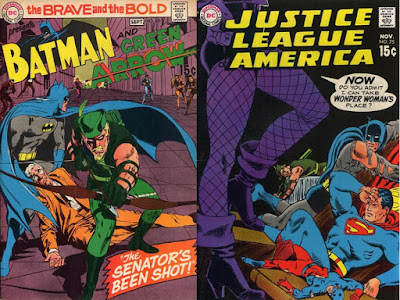 See, Green Arrow (after getting his snazzy new Neal Adams designed costume, then lost his fortune...


…and in losing his money, couldn’t afford all those neat toys that he had once used to fight crime, so the Arrowcar became a part of his past, but at least Ollie gained Black Canary at the time!). 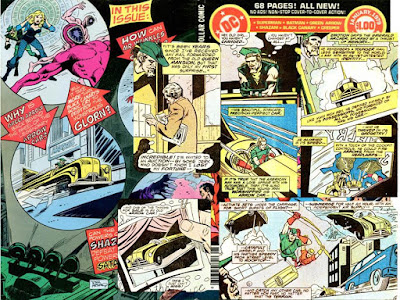 Of course, this wasn’t the first time that Green Arrow faced off against his vehicle, as he also did so in World’s Finest Comics #254 (December-January 1979, by Gerry Conway and Trevor von Eeden), with a similar outcome for the vehicle.


Hey, Green Arrow is just like any other guy…he loves a great car, and all the fun you can have with it. Of course, the fun he had was fighting criminals, so that is likely a little different than most car enthusiasts… 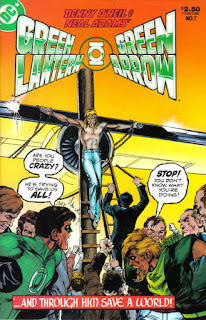 A little inconsistent that he was able to have two confrontations? Well, Ollie was rich enough to afford a mansion, and a ward (Roy Harper, aka Speedy), so it was likely he could afford more than one Arrowcar...

...(hey, he also had an Arrowplane and an Arrowboat; true, he lost the Arrowplane during his backups in Flash #217-219 in 1972 by Denny O’Neil and Neal Adams, which were reprinted in Green Lantern/Green Arrow #7, due to wanting to check out for a while, but that boat could still be around)…again, Green Arrow had all the best toys! 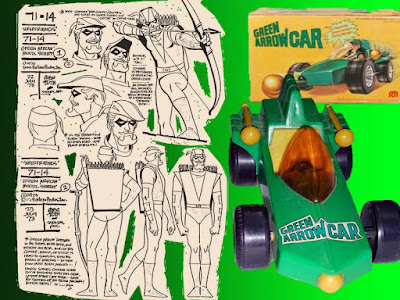 Speaking of toys, Green Arrow himself was a Mego action figure, and Green Arrow also got one of the few vehicles made for those figures, the “Green Arrow Car”! Now, true, the Mego figure was made of the Green Arrow version Neal Adams had designed…which had also appeared on the Super Friends cartoon (likely the inspiration for the figure, and enough to think he could support extras like a vehicle), but the vehicle Mego made didn’t really look like the classic car…it wasn’t even yellow. Think the Mego people got confused by Green Hornet and his Black Beauty? (Likely not…as it doesn’t really look like that either….). 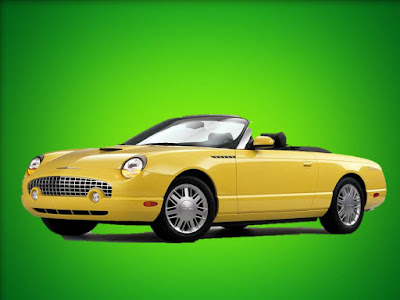 Still, the CW has the Arrow series starring DC’s favorite archer (as well as his lady love, the Black Canary and companion series, the Flash). Do you think he should have an Arrowcar in it?


If he was to have one, may I suggest an already existing vehicle…the 2002 Thunderbird? Along with Torch Red, Evening Black, Whisper White and Thunderbird Blue, this classic roadster came in Inspiration Yellow!

What a great inspiration it would be for an archer who is down on his luck, to drive in one of these great, under appreciated roadsters?

Green Arrow would look quite styling in this convertible as well while he is fighting crime!
Posted by Dave's Not Here Comic Blog at 5:30 AM