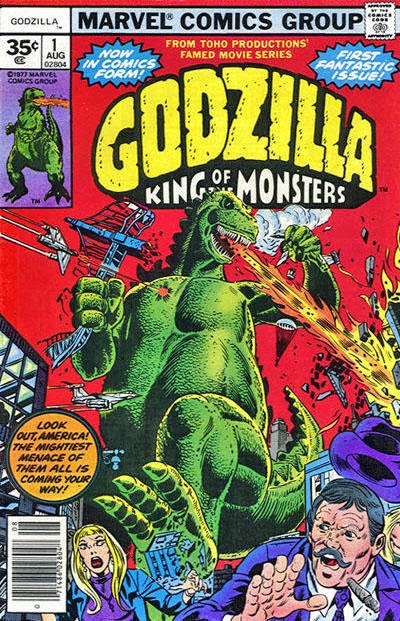 True, Godzilla began with the 1954 Ishiro Honda film as a kaiju (that is, giant Japanese monster), but it was in the 1970s where Godzilla would “go, go, go” and become a big hit in America.


One of the biggest signs of success for the mutated dinosaur, was that he became a Marvel comic!

From August, 1977 until July, 1979, the King of the Monsters menaced the mighty Marvel heroes month after month… 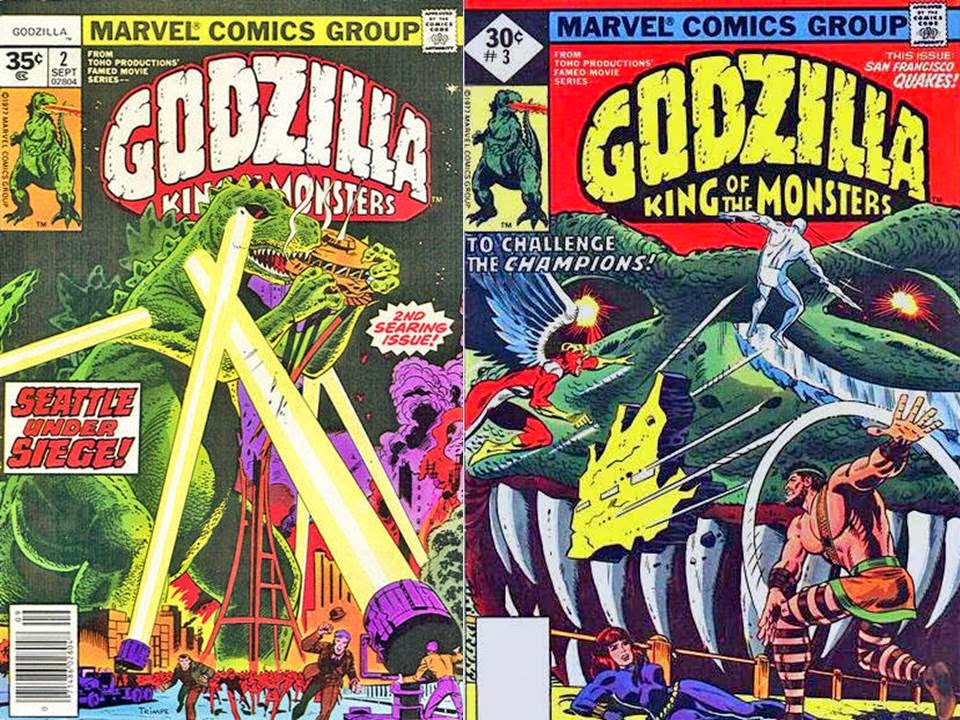 With stories by Doug Moench (#1-24), and art by Herb Trimpe (#1-3, #6-24) and Tom Sutton (#4-5), the terror of Tokyo fought against the various teams and locations of the Marvel Universe, facing the Champions (which included Hercules, Black Widow and ex-X-Men Angel and Iceman), the Fantastic Four and the Avengers (including Iron Man, Thor, Wasp, Yellowjacket, Vision, the Scarlet Witch and Captain America), as well as Dum Dum Dugan and Jimmy Woo as agents of S.H.I.E.L.D.!

Godzilla Travels All Over 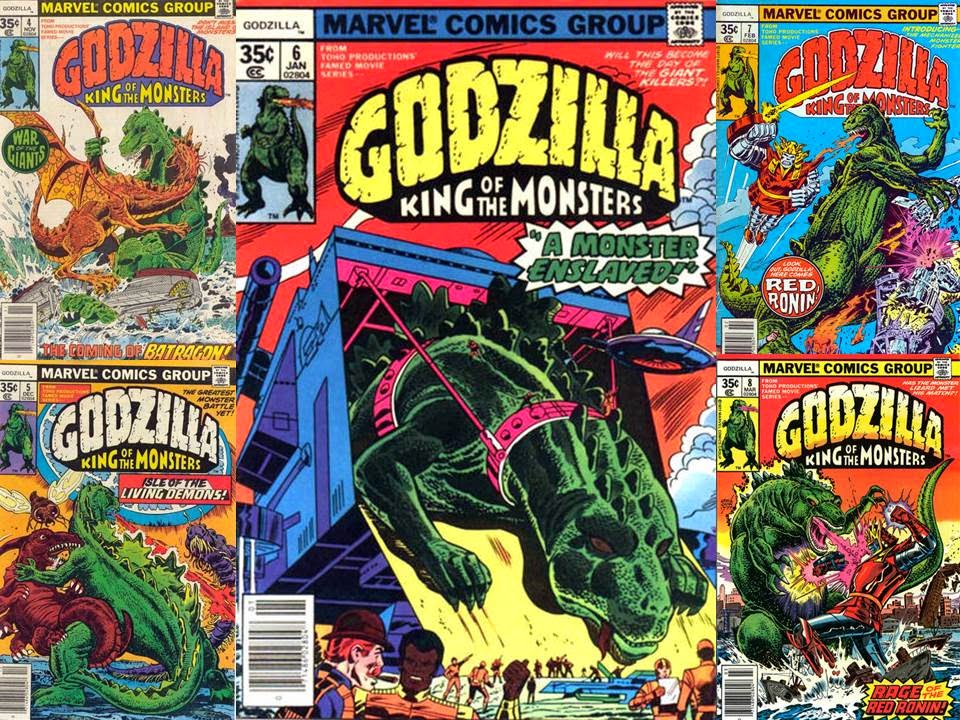 Godzilla even faced off against Shogun Warrior Red Ronin (as Marvel was also licensing the Shogun Warriors at this time) and Jack Kirby‘s Devil Dinosaur during this run, as well as spending some time shrunken down due to Hank Pym's shrinking formula (the same formula which allowed Hank to be Ant-Man and Yellowjacket!).

Godzilla even traveled across the United States, met other monsters  and even headed into space, truly a final frontier for this usually Earthbound behemoth! 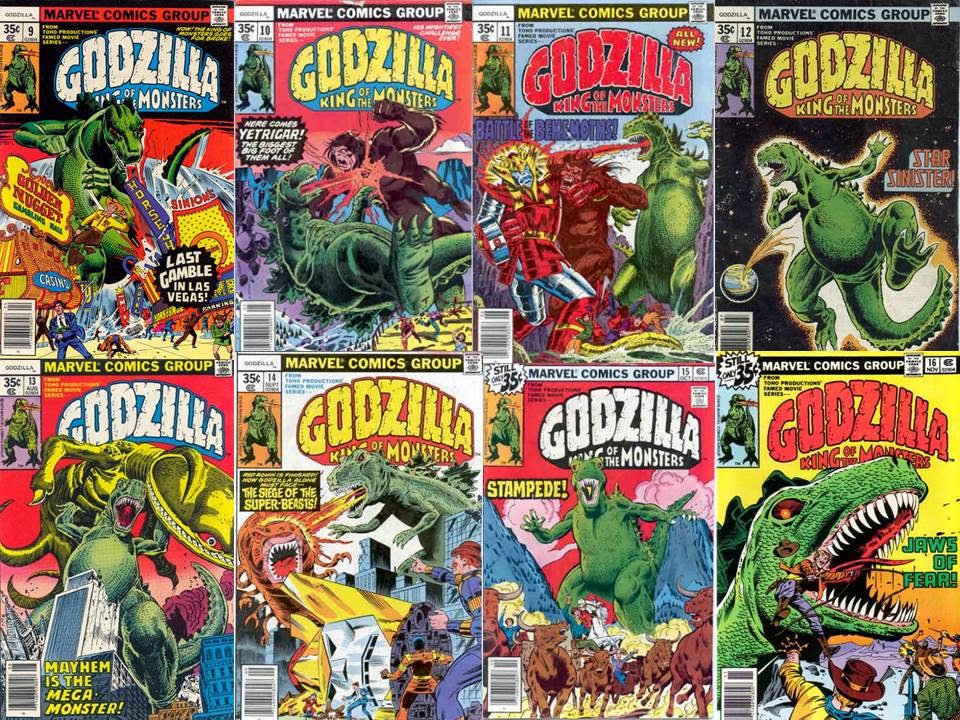 Seems Godzilla only missed Spider-Man while at working at Marvel Comics...


....a shame, as they both got their powers from radiation, you'd think they might have bonded! 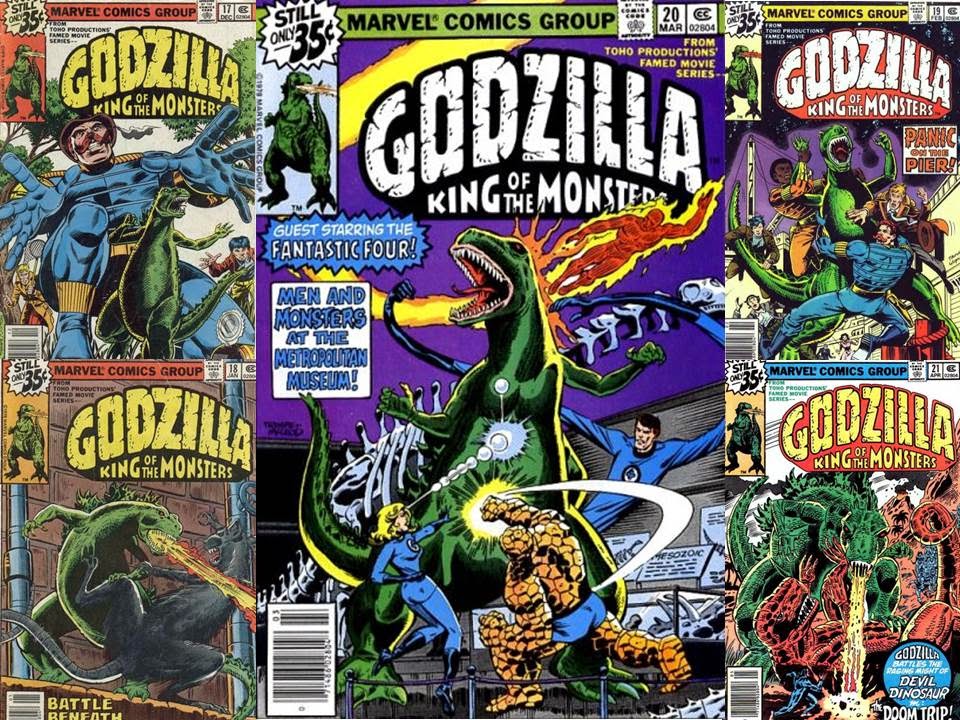 Even though the licensing ended, Godzilla still returned (mutated slightly further, and not referenced by name) to face Iron Man and the West Coast Avengers as well.  And, of course, Godzilla found success at Dark Horse Comics in the 1990s, and with IDW Publishing in the 2000s. (and his Marvel issues were reprinted in an Essential Godzilla as well…). 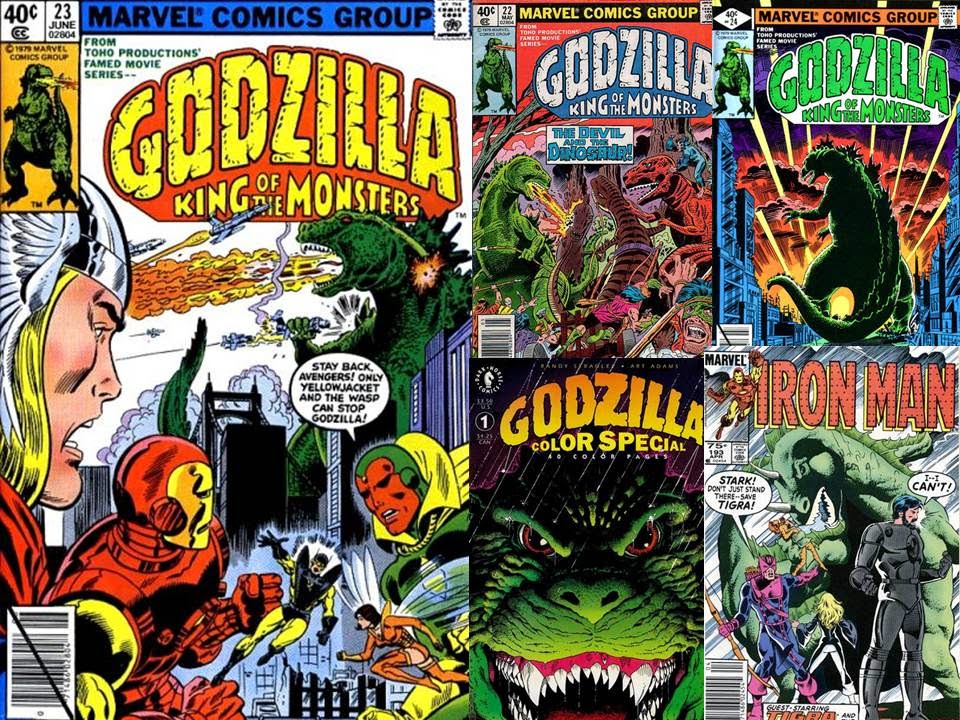 As Blue Oyster Cult said…”Go go Godzilla”!
Posted by Dave's Not Here Comic Blog at 7:29 AM