A Crisis Is Coming 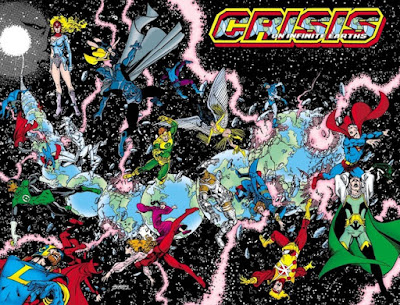 "Worlds Will Live.  Worlds Will Die.  And the DC Universe will never be the same!".

DC was right about that in their ad that preceded their 50th Anniversary celebratory 12 issue maxi-series, the Crisis On Infinite Earths! 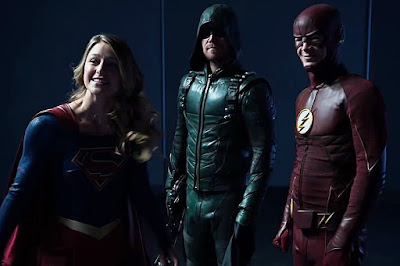 Now, thanks to the CW's Flash, Arrow and Supergirl, the television viewing audience knows the term, but, the Crisis didn't happen in a day.

Over the course of the next year, it's time to introduce a few of the key concepts and characters that were part of that series! 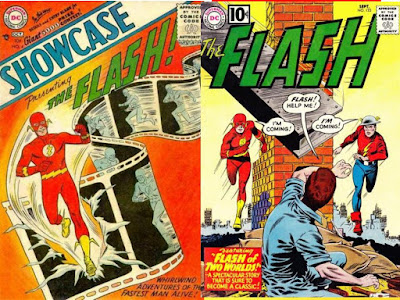 Barry Allen was a police scientist struck by lightning in his lab, and the electrified chemicals gave him super speed, as of Showcase #4 (September-October, 1956), when he became the Flash.  The Flash helped found the Justice League of America, and, found out the existence of alternate Earths when he met Jay Garrick, the Flash of another Earth, who was a founding member of the Justice Society of America.

These two Flashes had multiple adventures together, which also led to the reformation of the Justice Society, as well as adventures of the JLA and JSA together. 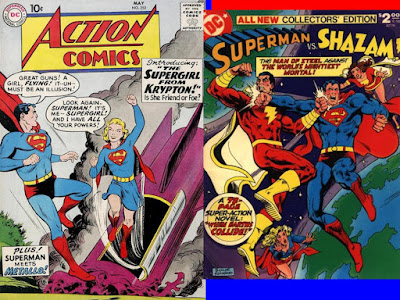 Kara Zor-El escaped the destruction of Krypton on a piece of the planet which contained her home, Argo City, broke off, but even it was prone to disaster, resulting in her being rocketed to Earth in Action Comics #252 (May, 1959).  There, she found her cousin, the hero known as Superman, and, having powers like his, trained in secret in Midvale and then became a hero in her own right as Supergirl (while establishing her alter ego as Linda Danvers).

While Supergirl didn't have as many adventures on alternate Earths as her cousin, Supergirl and Superman did work together with Captain Marvel and his sister, Mary Marvel, preventing the destruction of their Earths. 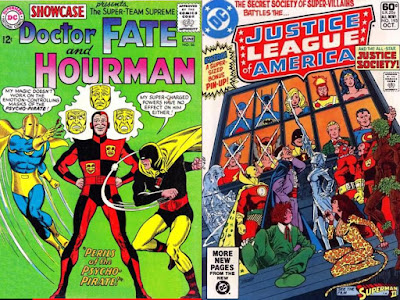 Roger Hayden was the second man to become the Psycho Pirate, after rooming with the original, Charley Halstead (a foe of the JSA) in prison, as revealed in Showcase #56 (May-June, 1965).  Gaining the powers of emotion manipulation from the Medusa Mask, Psycho Pirate menaced Dr. Fate and Hourman, and later, all the members of the Justice Society of America for a time.

Hayden even joined the Secret Society of Super-Villains (with Brain Wave, Killer Frost, the Cheetah and others), and menaced both the JLA and JSA during one of their annual team-ups, and, after being caught, ended up being brought back in time for a bit to menace Infinity, Inc. and the All-Star Squadron. 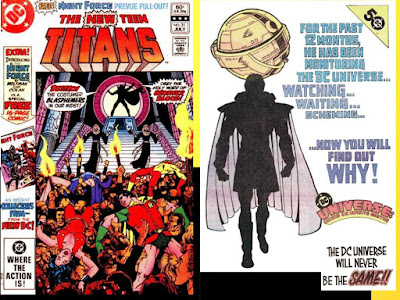 One being to watch them all.  That was the Monitor, who was doing that, starting with New Teen Titans #21 (July, 1982), providing villains to face the Titans.  For most of his appearances prior to the Crisis, the Monitor was seen either in silhouette or not in full view on his satellite, to keep an air of mystery about the character....as he was a power broker to super-villains, providing manpower and equipment to fight super heroes.

All part of his plan to gather information on those heroes, for when their powers and abilities would be needed in the most dire of situations....the Crisis On Infinite Earths! 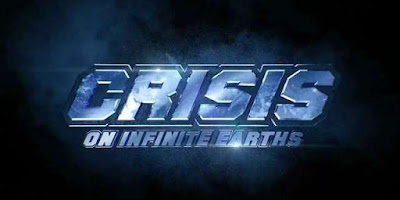 Check back, as time allows, more mysteries of the Crisis will be revealed!