A Little On Mike Grell's Warlord 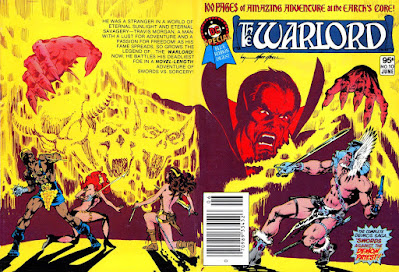 Just wanted to give a little coverage to Mike Grell's Warlord, and the best way to do that is to cover DC Special Blue Ribbon Digest #10 (June, 1981), that has this spectacular wraparound cover by Grell! 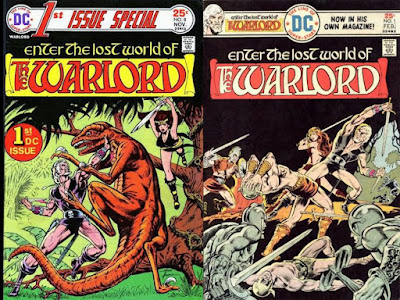 Though the digest doesn't include these issues, readers are introduced to USAF pilot Travis Morgan, who crashes in the lost world of Skartaris (a world inside a world), where he meets the lovely queen Tara and evil sorceror Deimos, with more info here.  This starts a battle between Travis and Deimos that spans many issues of Warlord, which the major parts are reprinted in the digest (and coverage of issues #3, #4 and #5 have been done, with more to come!).

The issues that have parts reprinted are: 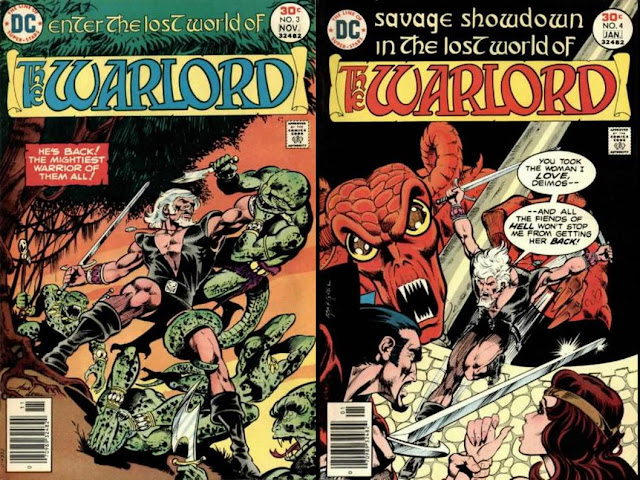 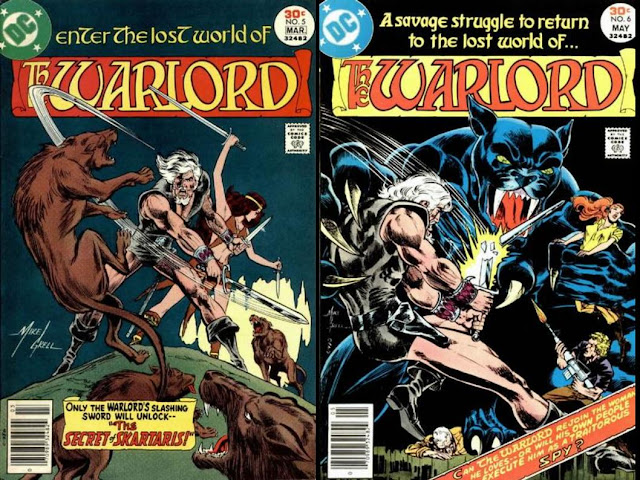 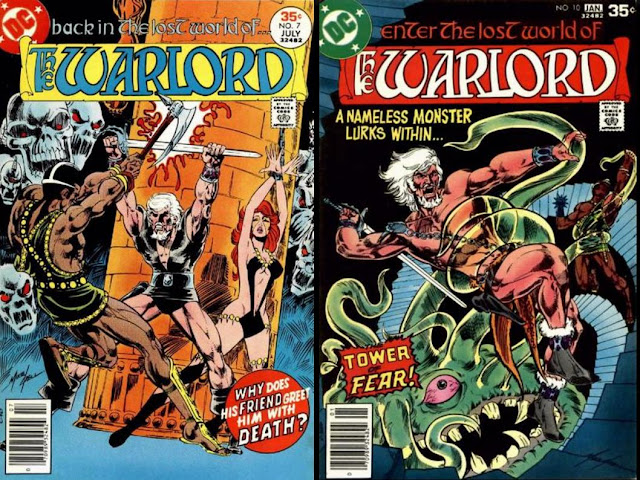 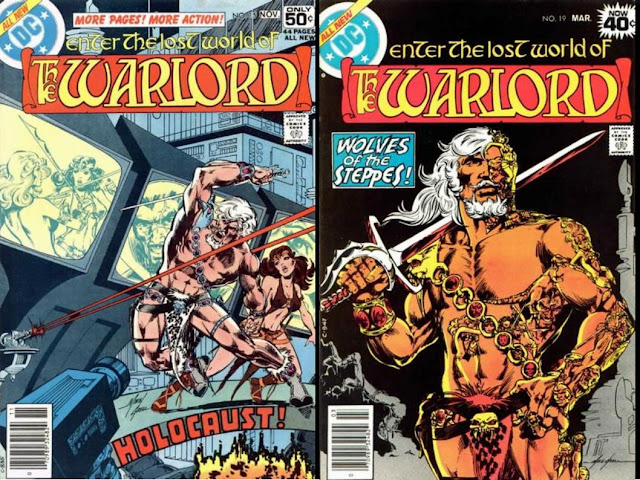 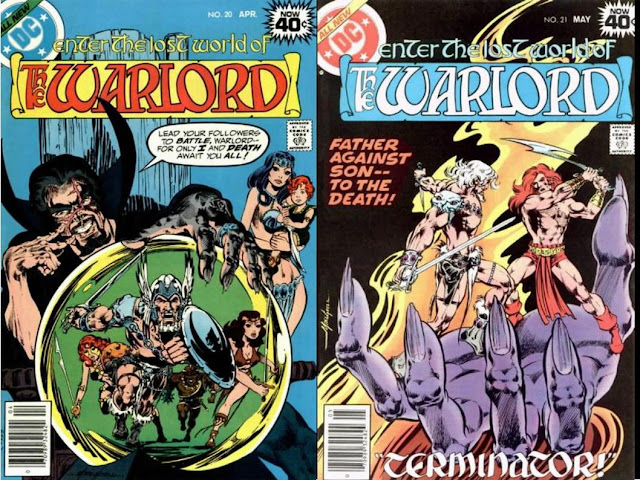 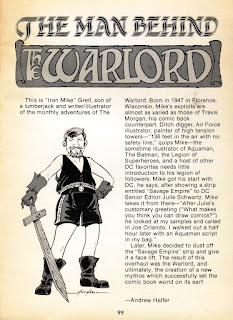 A truly entertaining read of a modern man in a wonderous fantasy world, and presented to celebrate the birthday of Mike Grell, creator of the Warlord, who was born September, 13, 1947, but DC needs to collect more of the Warlord saga!

Posted by Dave's Not Here Comic Blog at 5:55 AM