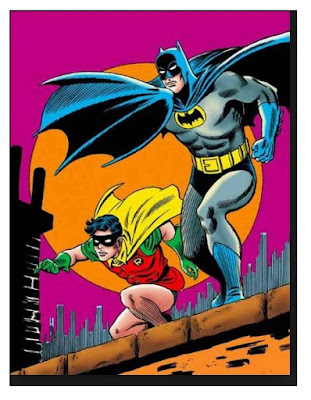 Celebrating Batman Day with an iconic image of Batman and Robin from Carmine Infantino and Murphy Anderson, which was a poster available at the height of Batman's popularity during the 1966 Batman TV series. 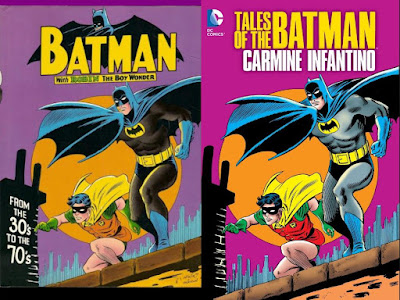 This visual proved so popular, that it served as the inspiration (with slight modifications) for two different collections of Batman stories: Batman From the 30s to the 70s (1971) and Tales Of The Batman: Carmine Infantino (July, 2014), along with the image being reprinted in Limited Collectors' Edition #C-44 (June-July, 1976) and Batman In The Sixties (March, 1999). 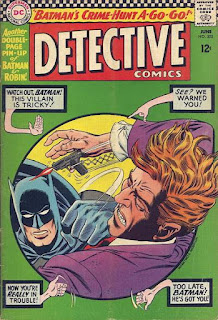 But, it was originally a fold out pin-up in Detective Comics #352 (June, 1966), where Batman and Robin faced off against Mr. Esper (who would later return to cause the calamity that helped form Titans West!).

Posted by Dave's Not Here Comic Blog at 7:10 AM