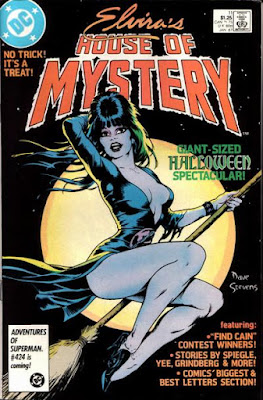 A Happy Halloween to one and all with this cover from Elvira's House Of Mystery #11 (January, 1987), the last issue of the series, drawn by Dave Stevens.

The series began in 1986, featuring Cassandra Peterson as the host, replacing Cain, and even had a special after the regular series ended!