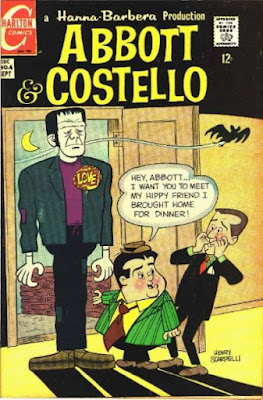 Hey Abbott!  Did you know that Abbott & Costello had a Hanna Barbara animated series in 1967/1968?

Did you know that let to a Charlton comic book based on that series that lasted 22 issues?

Join along with Frankenstein's Monster, and learn a few facts. 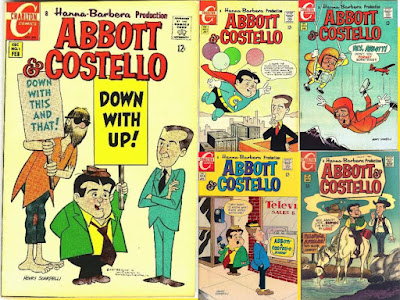 The comic series started in February, 1968, with stories by Steve Skeates and Henry Scarpelli....
.
.
. 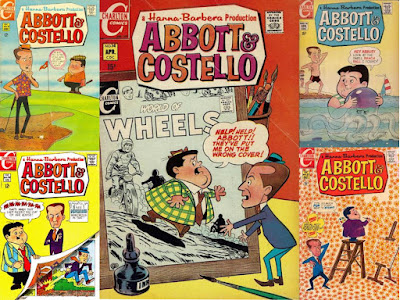 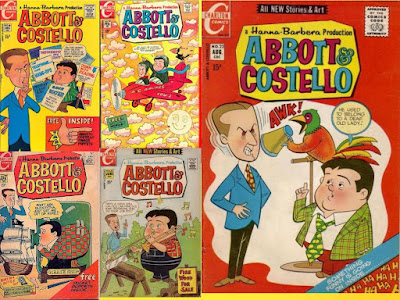 ...ending with stories by Joe Gill and Frank Johnson (and covers by Tony Tallarico) in August, 1971.
.
. 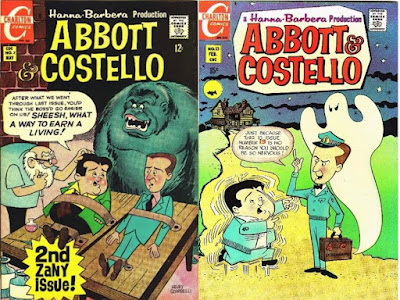 Now, the series didn't always feature Frankenstein's Monster like their famous 1948 movie, but there were a few other scares that have echoes of Abbott & Costello Meet Frankenstein, and is something fans of the comedy duo look for!

Posted by Dave's Not Here Comic Blog at 4:33 PM