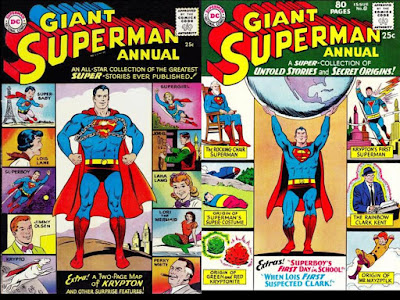 It was hard to pick one cover to summarize the majesty that was Curt Swan's Superman art... 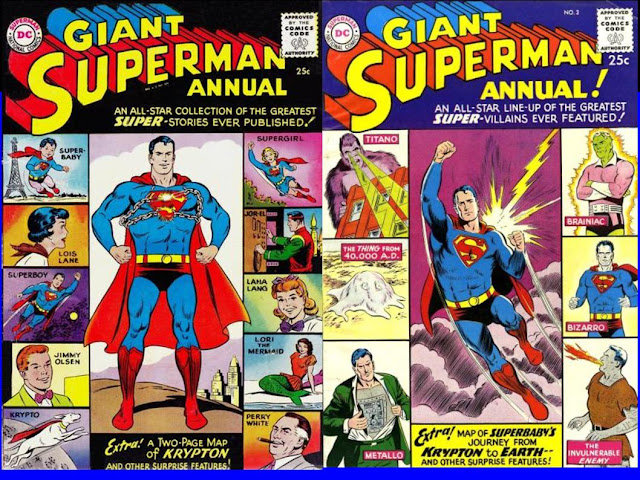 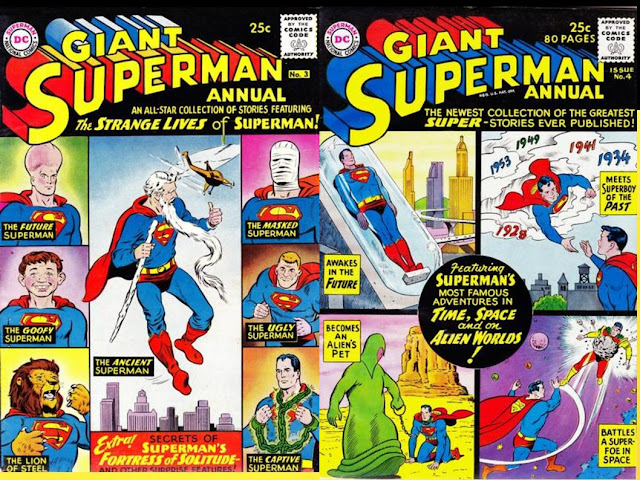 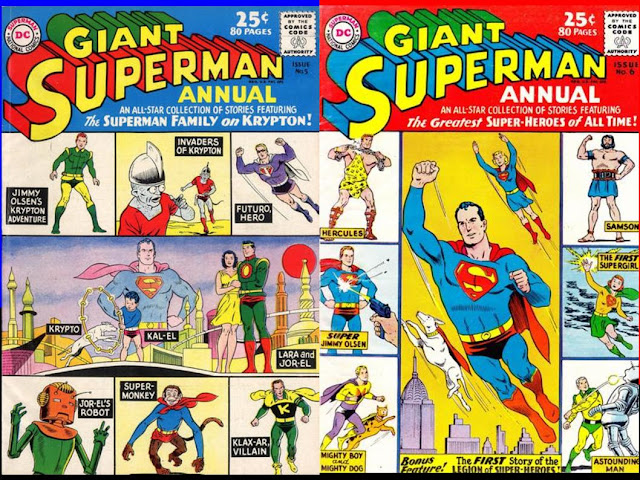 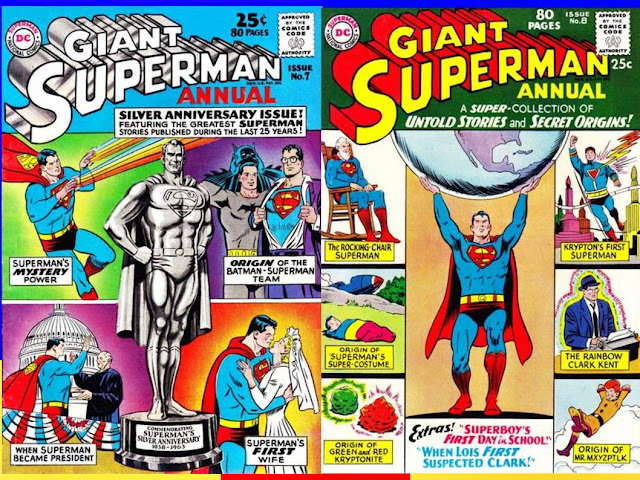 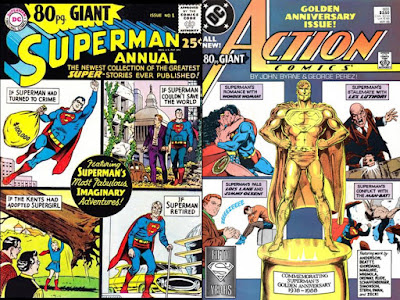 There was suppose to have been a ninth annual at the time, but it turned into the first 80-Page Giant (featuring Superman, naturally, and more, including More Secret Origins), and Curt also drew many anniversary issues involving Superman, such as Action Comics 500, and a bit in Action Comics 600 and 700,  which showed that they still remembered his style!
Wishing that DC would put these in a couple of collections like they did with the Batman Annuals of the 1960s!
Posted by Dave's Not Here Comic Blog at 1:32 PM