Marvel At The Seventh Voyage Of Sinbad 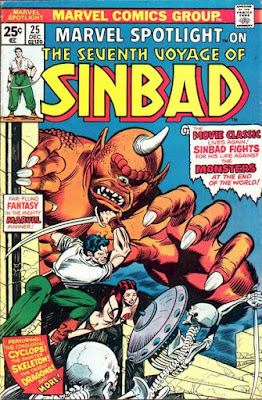 Marvel Spotlight #25 (December, 1975) with its Gil Kane and Joe Sinnott cover, captured the main Ray Harryhausen special effects of the 1958 technicolor movie of The Seventh Voyage of Sinbad (the cyclops and the animated skeletons)...

...letting readers know of all the excitement within the issue! 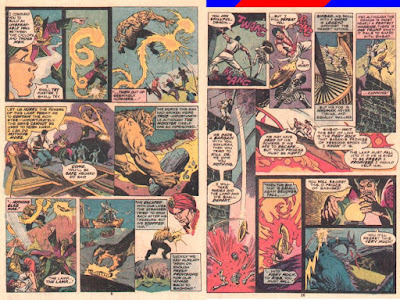 Inside the issue, John Warner provided the words adapting what was in the screenplay by Kenneth Kolb, and Sonny Trinidad provided the art to this movie adaption.

Sinbad has to take his crew back to the island of Collossa (where he faced the cyclops) to get a piece of the egg of the roc, to save his princess Parisa from the spell of the evil Sokurah, where he faces other menaces as well as the sorcerer's treachery. 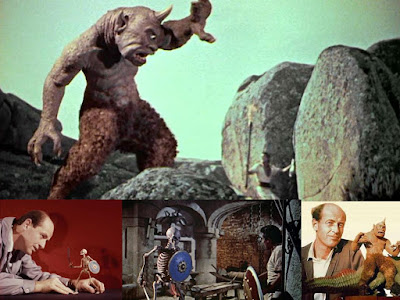 A good enough comic, with plenty of excitement, mysticism, swordplay and a little romance, still not quite on par with the special effects used in the movie.  Nothing can beat Ray Harryhausen's stop motion animation.  All this, to remember the career of Ray Harryhausen, who would have turned 100 on June 29th, 2020!