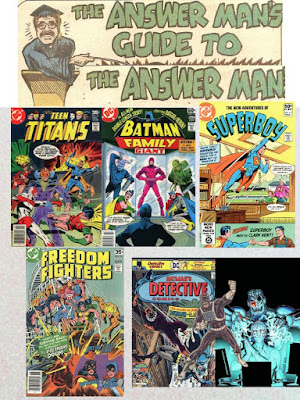 Doing a little research, and realized today was the birthday of Bob Rozakis, DC's Answer Man!

As the Answer Man was a very big influence on why Dave's Comic Heroes Blog exists, it is certainly worth a look back at a few of the articles on the work of Bob Rozakis at this time. 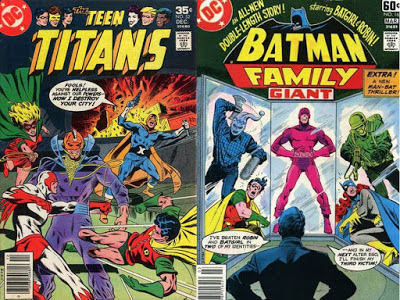 Bob Rozakis was the writer of most of the revival of the Teen Titans in the 1970s that gave us Titans West (adding Bat-Girl and Golden Eagle to the team), as well as writing the Robin feature in Batman Family and Detective Comics (which introduced Joker's Daughter, who later became a Titan as Harlequin). 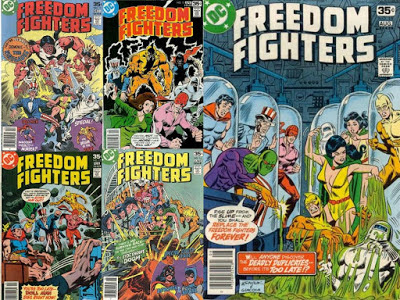 Bob Rozakis took over the Freedom Fighters title in the 1970s, researching the characters in the later issues, and giving readers their origins as the issues progressed, adding the original Firebrand to the team, as well as involving them with the rest of the DC Universe (well, at least Cat-Man, Batgirl and Batwoman) making the heroes of Earth-X miss their adopted home. 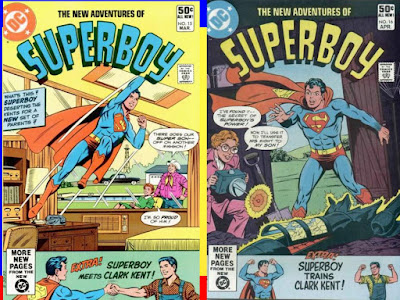 Bob Rozakis wrote a story that would chronologically be the earliest Earth-1/Earth-2 crossover, wherein Earth-1's Superboy (Superman as a boy) met young Clark Kent (Earth-2's Superman before he was Superman) as a pair of back-up stories for the New Adventures of Superboy. 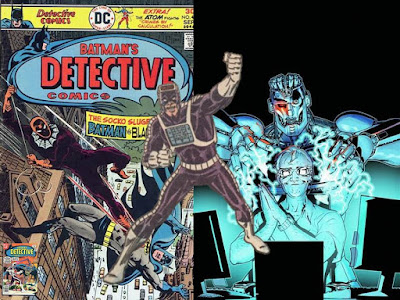 Bob Rozakis created the Calculator, a villain that first faced the Atom in a back up in Detective Comics, but the Calculator continued to menace a new hero in the next few issues of that magazine (including Black Canary, Elongated Man, Green Arrow and Hawkman), eventually facing off against the Batman in a full length tale.... 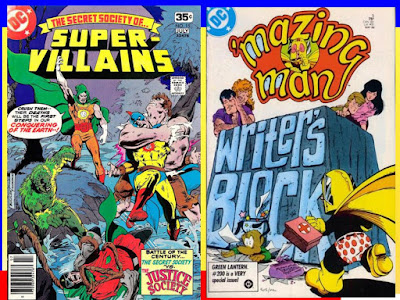 For all that, and all the answers given by Bob Rozakis in his role as the Answer Man (where he answered readers questions for the Daily Planet feature included in many mid-1970s comics), as well as for so much other work done (including the Secret Society of Super-Villains, 'Mazing Man and so much more).....a hearty thank you, and happiest of birthday wishes! 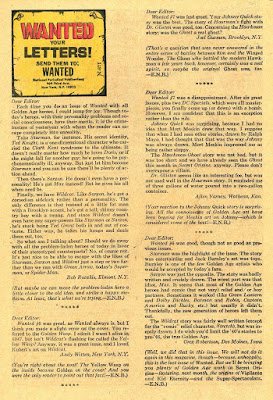 Oh, and for that bit of research that started the thought process of remembering the work of Bob Rozakis....this letter's page (and work on this project to continue soon!)....one of many!

Posted by Dave's Not Here Comic Blog at 1:06 PM