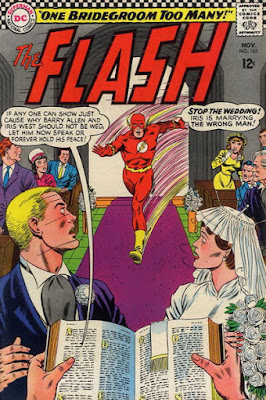 The comic book wedding of Barry Allen and Iris West didn't quite go the same as the version seen on CW's Flash (during the Crisis On Earth-X event they had), but it was interesting nonetheless.

In "One Bridegroom Too Many" from Flash #165 (November, 1966 by John Broome, Carmine Infantino and Joe Giella, under a Murphy Anderson cover), Barry did indeed get his wedding interrupted, but it was the Flash doing it!   This involved some trickery from the 25th Century villain, Reverse Flash (a.k.a. Eobard Thawne), and this time, Barry had to be careful not to reveal his identity to his guests (which included Wally West's parents, Professor Ira West who Iris' thought was her father, Al Desmond who was formerly Dr. Alchemy, and Barry's parents, Henry and Nora Allen).   Barry's dilemma was that he had not yet told Iris (nor almost anyone at the wedding other than Wally), that he was the Flash. 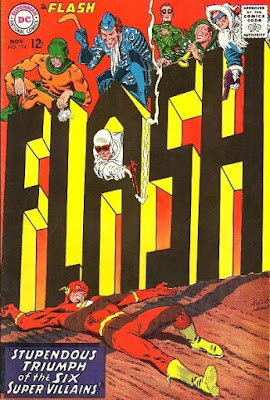 This plot point continued for a year, with Barry finally deciding to tell Iris during the course of the "Stupendous Triumph Of The Six Super-Villains" in Flash #174 (November, 1967 by John Broome, Carmine Infantino and Sid Greene under a classic cover by Carmine Infantino and Murphy Anderson featuring Flash's Rogue's Gallery).  This was complicated by facing a good Mirror Master and evil Flash from a parallel Earth (as well as Barry's Earth-1 Rogues including his Mirror Master), but Barry had been his own worst enemy (and the solution to his problems) as Iris already knew.  Seems Barry talks in his sleep....so, believe it or not, Flash solved his own problem, not by being the Fastest Man Alive, but by simply slowing down and being with the woman he loved! 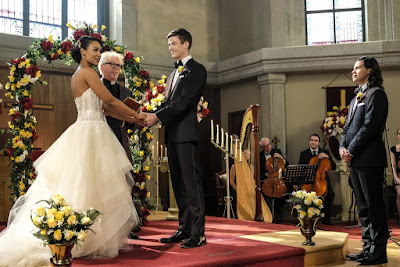