A Celebration Of The Teen Titans, Flash, Shazam and Robin 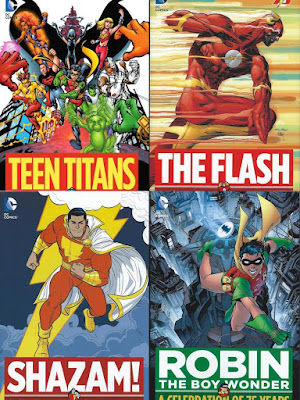 As the year draws to a close, yet another look back at collections of stories on your favorite DC heroes....


...expanding on what has gone before and going beyond! 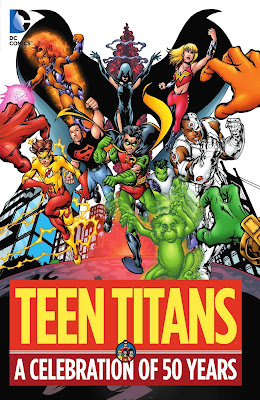 Starting with the youngest of this batch, a collection from  November, 2014, focusing on the new kids on the block, the sidekicks of the DC heroes, the Teen Titans, who first met in Brave and the Bold #54 by Bob Haney and Bruno Premiani. 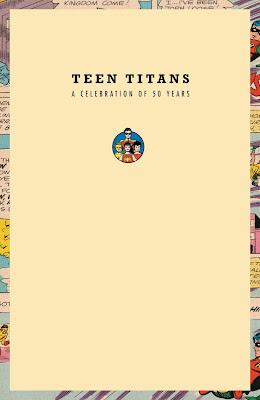 Since it only covers 50 years, where most of these collections cover 75, the Teen Titans edition at least gives a good representation of stories and team from the decades, giving the first meeting of the sidekicks (but not of the Teen Titans), as well as the first appearance of Lilith and the Titans West, and the best of the first of the Titans' Wonder Girl's origin (in the often asked question of "Who Is Donna Troy?").  Nicer still, it shows the involvement of the whole DC Universe, incorporating Batman, Flash, Wonder Woman, Aquaman, Green Arrow (and later, even Superman), with the mentors of the kids occasionally giving them grief (individually as well as together as the Justice League), all the while, with the teen struggling to find their own identities as well. 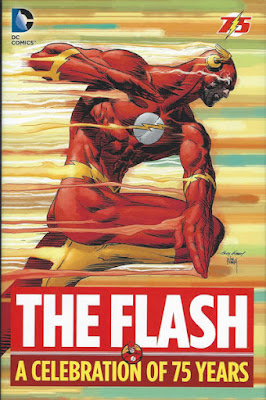 Speeding his way to the next spot, is a collection of the Flash, from  April, 2015, covering the legacy of the fastest man alive, whether it be Barry Allen, Wally West, Bart Allen, or the one that began it all, Jay Garrick, who was created by Gardner Fox and Harry Lampert in Flash Comics #1 (and the inspiration for Robert Kanigher, Carmine Infantino and Joe Kubert for Barry in Showcase #4). 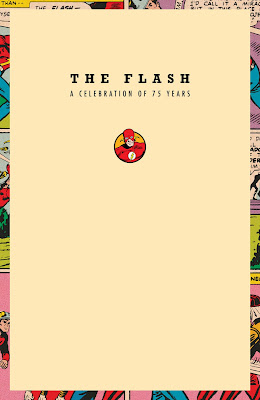 This collection runs all over the place, giving a few of the most reprinted Flash stories of the Golden Age, a nice collection of the Silver Age (including the introductions of Barry Allen, Iris West, Wally West as Kid Flash and first meeting of Barry and Jay), as well as the first Superman/Flash race and a few great battles with Flash's Rogue's Gallery and the Reverse-Flash, as well as Golden Age Green Lantern and JSA villain, Vandal Savage, and even touching on big events in the DC Universe like the Crisis On Infinite Earths and Flashpoint.... 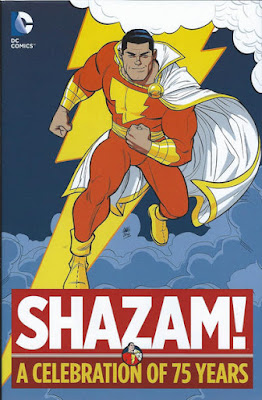 Holy Moley!  Time for a younger point of view with the April, 2015 collection of stories of Captain Marvel, the World's Mightiest Mortal, who becomes the hero when Billy Batson says Shazam! (which he first did in Whiz Comics #2 by Bill Parker and C.C. Beck). 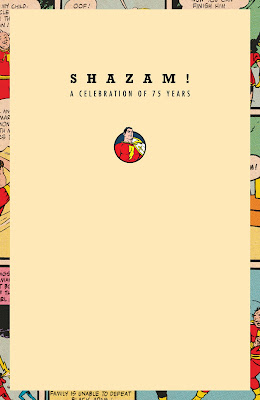 Truly one of the better collections, with a nice section of Cap's original Fawcett adventures including his first appearance, as well as Mary Marvel's, the Lt. Marvels', Black Adam's and King Kull's, his move to DC (where he had to have his saying, "Shazam!" on the cover, due to legal complications), most of his best villains (including Sivana, Black Adam, Mr. Mind, King Kull, Ibac and Aunt Minerva are all represented), and, though Superman does show up a little more than he should (as he has multiple volumes), here, at least, you can see the joy Cap gets working with the big, red, "S", as well as fighting for a place in the greater DC Universe (most notably with Lobo and the JSA). 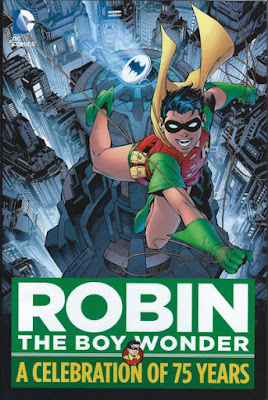 Last, but not least, one of the earliest sidekicks of a super-hero, Robin, in this collection from May, 2015, which focuses on the original, Dick Grayson (who premiered in Detective Comics #38, by Bill Finger, Bob Kane and Jerry Robinson), but also Jason Todd, Tim Drake, Damian Wayne and more! 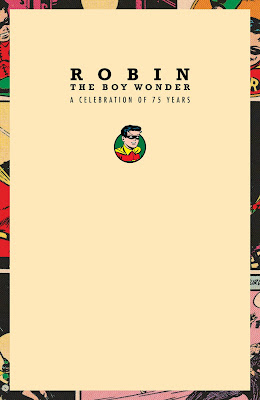 
Truly an odd collection, as much of it does contain Batman, still Robin does have a few solo adventures, as well as team-ups with Batgirl, Nightwing, Superboy, and Supergirl, it lacks any first appearances of any Robin other than Dick Grayson, nor does it have any of his strongest Titans stories (which are not in the Teen Titans collection either).  Still, this book does serve Dick's time as Nightwing well, as well as wonderful stories of Jason Todd, Damian Wayne and especially Tim Drake, as well as a few different versions of grown-up Robins!

All of these books also set up for future volume, which focus on the Justice Society of America and Batgirl, who get teased here, as well as Green Lantern, Green Arrow, Wonder Woman, Aquaman, Catwoman and more!