Superman As The Justice League 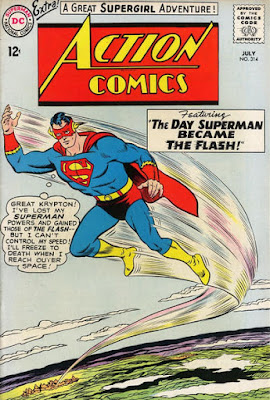 One wonders why Superman would need the Justice League of America, with all of his powers, he certainly outshines them all.


Why, Superman could take over for any member of the League...


...and, back in Action Comics #314 (July, 1964) he did, in a story by Edmond Hamilton and Al Plastino (under a cover by Curt Swan and Sheldon Moldoff), wherein readers saw "The Day Superman Became The Flash".

But, as always, there is more to the story than a flashy cover, this story featured Superman... 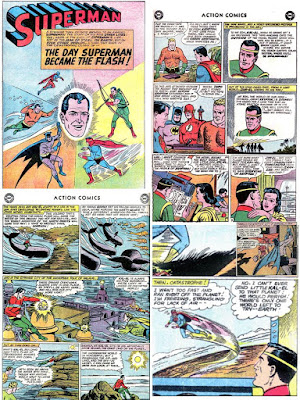 ...becoming Atom, Aquaman, Green Arrow, Batman and the Flash, as shown in simulations by Superman's father, Jor-El, in a rocketship found by Aquaman in the ocean.   Jor-El did this to see how his son, Kal-El, might live if Jor-El sent him to various worlds, but each of these lives ended with Superman being alone, miserable or his life ending too soon.

Thus, Jor-El decided to send Kal-El to Earth, where he would grow up to be Superman (and eventually help found the Justice League).   Perhaps Jor-El was wiser than he knew, because he knew why Superman needed the JLA, not so much for their powers or abilities, but so that his son could have friends to count on. 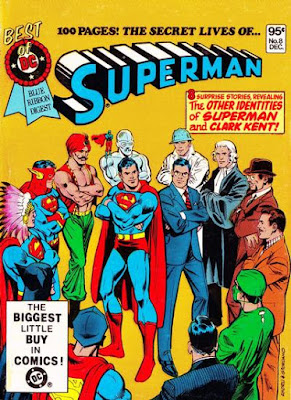 This story, along with other overlooked gems, was reprinted in the Best of DC #8 (November-December, 1980), under a cover by Ross Andru and Dick Giordano.