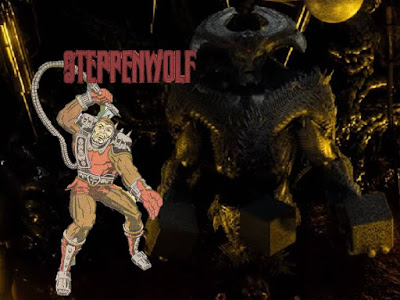 Steppenwolf was the leader of the Dog Cavalry on Apokolips, home of the evil side of the New Gods.

He also played an important part in the battle between the forces of Apokolips and New Genesis...but fell victim to his (and others) lust for power. 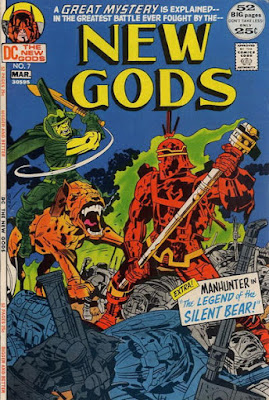 Steppenwolf premiered in New Gods #7 (February-March, 1972) by Jack Kirby and Mike Royer, where he was revealed to be Darkseid's uncle, and a foe of Izaya the Inheritor, whom Darkseid maneuvered into killing Avia (Izaya's wife), starting a bloody war between the forces of New Genesis and Apokolips, resulting in the death of Steppenwolf (and the need for "The Pact" to stop the war, as well as Izaya taking on the role of Highfather for the forces of New Genesis and Darkseid taking over on Apokolips....more info on all of that here).


Steppenwolf was dead, but that proved to only be a minor inconvenience for him....

Even Gods Must Die 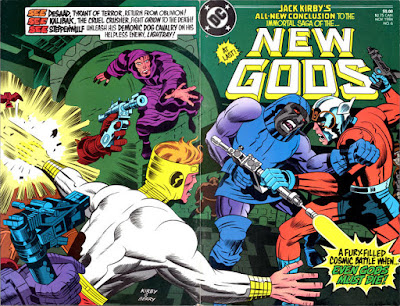 Steppenwolf returned New Gods #6 (November, 1984) by Jack Kirby and D. Bruce Berry, wherein Darkseid found himself in need of more allies (as he had been either killing them or dispatching them to their deaths recently, and Orion, the mad god of New Genesis was on his way to battle.... 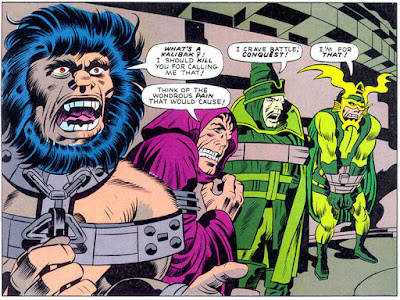 ...so, Darkseid used his "Omega Effect" and additional machines to revive Kalibak, Desaad, Steppenwolf and Mantis to fight for him, though their mental capacities were not quite up to snuff to start, requiring "reeducation" to be almost as useful as they had been. 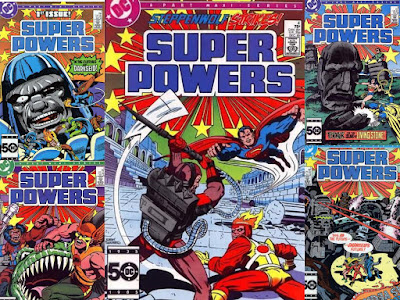 In the second Super Powers mini-series (the six issue series, running from September 1985 to  February 1986, by Paul Kupperberg, Jack Kirby and Greg Theakston), Darkseid and his most loyal forces waged a war with the Justice League (and a few of their friends, like Robin and Dr. Fate), and Steppenwolf, sporting a new look was there was well, but still having his battleaxe. 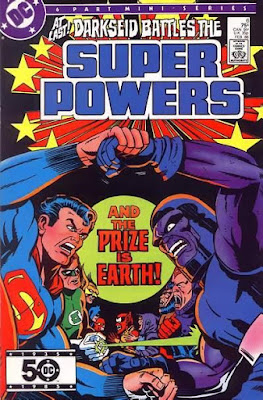 This series reflected how Darkseid had been removed from power in the DC Graphic Novel, The Hunger Dogs, but had not quite reflected the current times of the DC Universe, missing effects from the Crisis On Infinite Earths, as well as the current run of the Justice League of America..

....plus Steppenwolf, Mantis and the Parademons looked very different than they had before (but, then again, this series was more to sell Kenner's action figures for their Super Powers line than following continuity...

...still, it survives as a small look at what Jack Kirby might have done had he been allowed to do more with his Fourth World and the rest of the DC Universe). 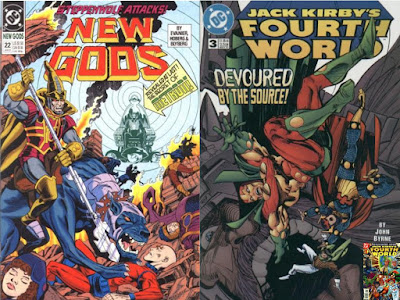 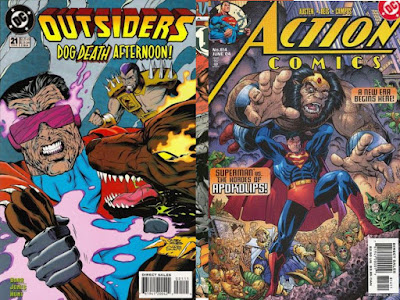 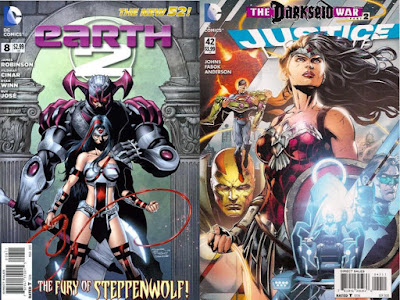 It was with the New 52, that Steppenwolf was more of a menace to the Justice Society and the Justice League...


....sporting the look he has in the Justice League movie.
Posted by Dave's Not Here Comic Blog at 4:00 AM