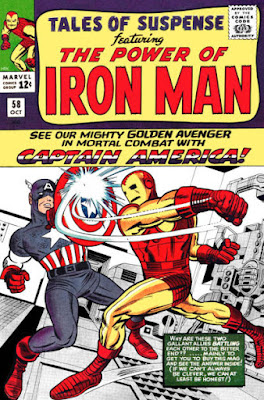 Iron Man and Captain America have battled many times over the years, but the first was the best.


Tales of Suspense #58 (October, 1964) featured Iron Man "In Mortal Combat With Captain America", with an incredible cover by Jack Kirby, and story by Stan Lee (and interior art by Don Heck and Dick Ayers, with Kirby doing a few Cap figures in the story).

The two heroes were tricked into battle by the Chameleon (a foe who first menaced Spider-Man, back in Amazing Spider-Man #1, getting New Yorkers to mistrust Spider-Man)...and the Chameleon manipulates Iron Man and Cap to battle here! 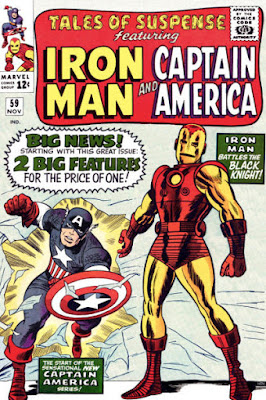 Everything turned out okay, as starting with Tales of Suspense #59 (November, 1964), Iron Man and Captain America started to share the title, each with single stories in an issue...


So, when are we getting the Sub-Mariner movie? 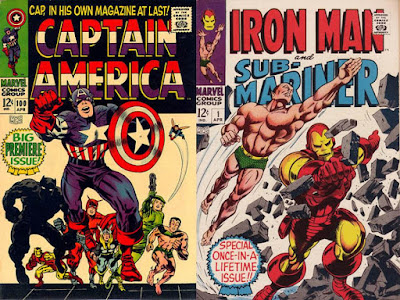 Posted by Dave's Not Here Comic Blog at 1:22 AM