Doctor Zodiac versus Superman and Batman 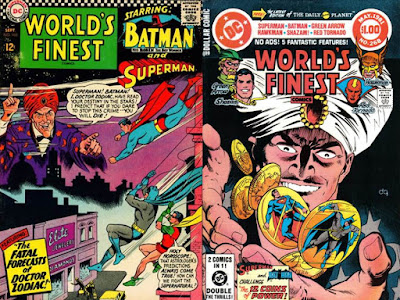 Once in a blue moon, a foe would come into existence that would be strong enough to face both Superman and Batman....but that really wasn't the case with Doctor Zodiac.


But, Cash Carrigan was a menace to the World's Finest team multiple times...and we'll detail those appearances here! 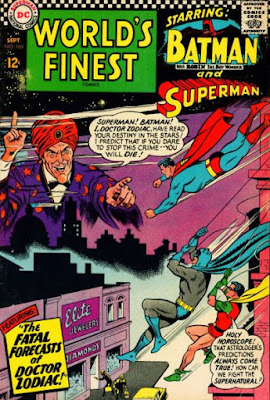 Doctor Zodiac premiered in World's Finest Comics #160 (September, 1966) with "The Fatal Forecasts of Dr. Zodiac" by writer Leo Dorfman, penciller Curt Swan and inker George Klein, wherein the heroes defeat petty carnival hustler Cash Carrigan, who then somehow gains the knowledge of the heroes birthdays, and takes on the Doctor Zodiac identity to plague the World's Finest heroes, even capturing them, working with his girl, Honey Combs, and then taking bids from criminals to eliminate other heroes!


Superman and Batman used Cash's new identity as a way to round up bad guys, never really being his captives.


All in all, a pretty wise thing to do!

The Woman Is Deadlier 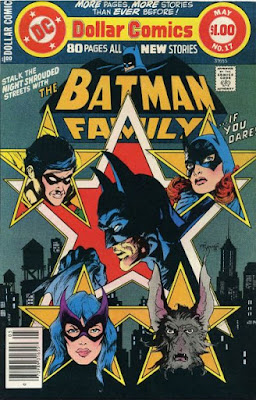 It took a while for Dr. Zodiac to come back, and in the meantime, a woman called Madame Zodiac appeared to face Batgirl, Huntress (visiting from Earth-2) and Batwoman in Batman Family #17 (May, 1978) in the "Horoscopes of Crime" by writer Bob Rozakis, penciller Don Heck and inkers Bob Wiacek and Vince Colletta, with the heroic ladies facing off against Poison Ivy, Catwoman and newcomer Madame Zodiac (all of whom share the birthdate of March 14th), with Madame Zodiac seemingly only having slight mystical powers that seemed to make things work in the favor of the villains! 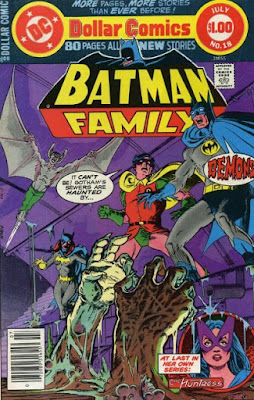 Madame Zodiac returned in the very next issue, Batman Family #18 (June-July, 1978) in "Assault On The Pentagon", by writer Bob Rozakis, penciller Juan Ortiz and inker Vince Colletta, with Madame Zodiac showing Batgirl that she had much more magical power, and tried to use the formation of the U.S. Government's Pentagon building to call on mystic forces to gain power!


Batgirl was able to have Madame Zodiac destroy her own power base, blasting away at the walls of the Pentagon, at least until the moon and stars got out of the alignment which Madame Zodiac could use to draw on their power....(and Superman and Batman knew about facing foes with moon power, like the Moon Man and Lady Lunar!). 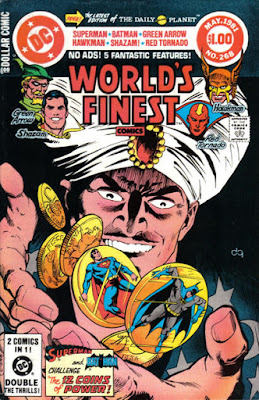 Cash came back as Dr. Zodiac in World's Finest Comics #268 (May, 1981) searching for real magic with "The Twelve Coins Of Power" by writer Cary Burkett, penciller Romeo Tanghal and inker Robert R. Smith.  This time, Dr. Zodiac had his hands on magical Atlantean coins, each featuring a different zodiac sign, and caused quite a bit of trouble for Superman and Batman, at least for a little while.

The World's Finest team still managed to defeat Dr. Zodiac, and kept the coins to keep them safe as well.


They didn't stay safe, but that's a tale for a different time...but that time is now!


Stars Mightier Than The Man 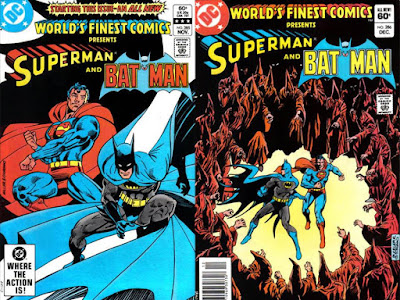 Dr. Zodiac came back in World's Finest Comics #285 (November, 1982) with the story, "Deliver Us From Evil" by writer Cary Burkett, penciller Rich Buckler and inker Sam DeLaRosa, where Cash teamed up with Madame Zodiac (a foe of Batgirl's), trying to steal the Atlantean coins again, and this story has the villains learning Batman's identity, and having Superman, Batman and guest star Zatanna, with Zatanna getting injured in the mystical throw down.  The story continues in World's Finest Comics #286 (December, 1982, with the same creative team, in the story "When Hell Breaks Loose"), with Wonder Woman showing up to take Zatanna to Paradise Island for healing, while the rest of the JLA deals with mystic menaces conjured by the Master (the dark force Madame Zodiac is working for), and the Master ends up possessing Batman! 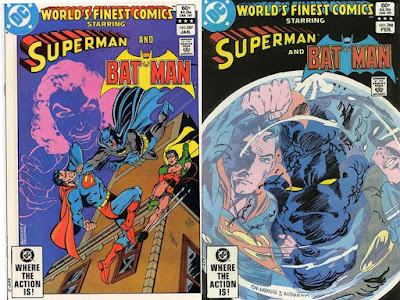 Things continue to get worse, as we find out in World's Finest Comics #287 (January, 1983), with the story "Within My Heart, The Enemy" by Cary Burkett and Trevor Von Eeden with Wonder Woman and the Flash guest-starring, and Robin making a rare World's Finest appearance at this time (usually busy with the New Teen Titans), with Batman still fighting off being taken over by the Master, but that time winding down as Madame Zodiac has her cult capture the Batman.  The story finally concludes in World's Finest Comics #288 (February, 1983) with "To Hell And Back" by co-writers Marv Wolfman and Mike W. Barr and artist Adrian Gonzales, with Superman getting filled in about the Master's plan to conquer Earth from Zatanna on Paradise Island. 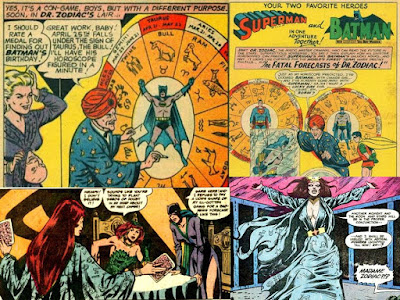 Dr. Zodiac realizes he's in way over his head and turning against Madame Zodiac, the Master planning to keep Batman's body (and when he burns that out, use cloned bodies Madame Zodiac supplied to keep his life going...with Batman finally using the Zodiac Wheel (which the 12 coins plugged into) to stop the dark god of the Master!  All in all, a great series of stories that live up to the name of the World's Finest Comics (well, more or less.....).

Posted by Dave's Not Here Comic Blog at 3:08 AM