Best of DC Christmas with the Super Juniors 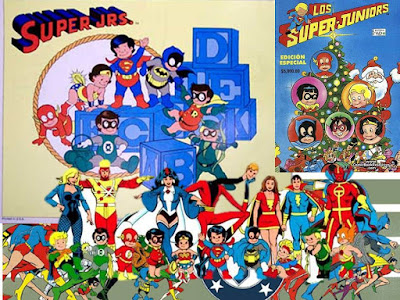 A long time ago, super heroes were a little less serious.

Premiering alongside their adult counterparts in DC's style guide by Jose Luis Garcia-Lopez in 1982, were the "Super Juniors"....and they were kid versions of Superman, Batman, Robin, Wonder Woman, Flash, Green Arrow, Green Lantern, Aquaman and Supergirl.....

...and while they made it into quite a lot of merchandise....

....they only made it into one comic book. 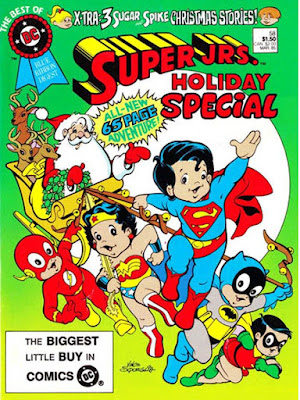 Best of DC #58 of March, 1985 was that comic.  Pencilled and inked by Vince Squeglia, this tale featured Super-Kid, Bat-Guy, Kid-Robin, Wonder Tot, Flash-Kid and young versions of Aquaman, Green Arrow, Green Lantern, Hawkman and Supergirl as kids from Miss Piffle's Nursery School, transformed into super-heroes by the spirit of Christmas to stop Wallace van Weathly III, the Weather Wizard, a school bully and save Santa Claus! 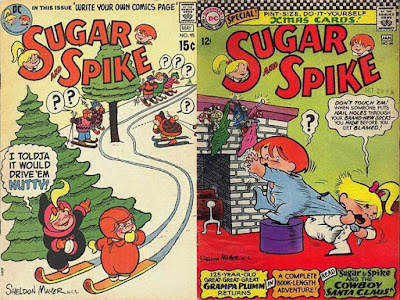 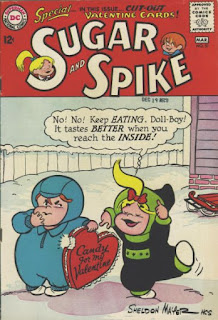 All of which was a sneaky way to wish you and yours a Merry Christmas! 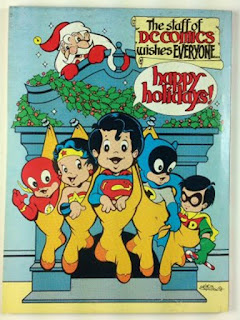 Posted by Dave's Not Here Comic Blog at 4:18 AM