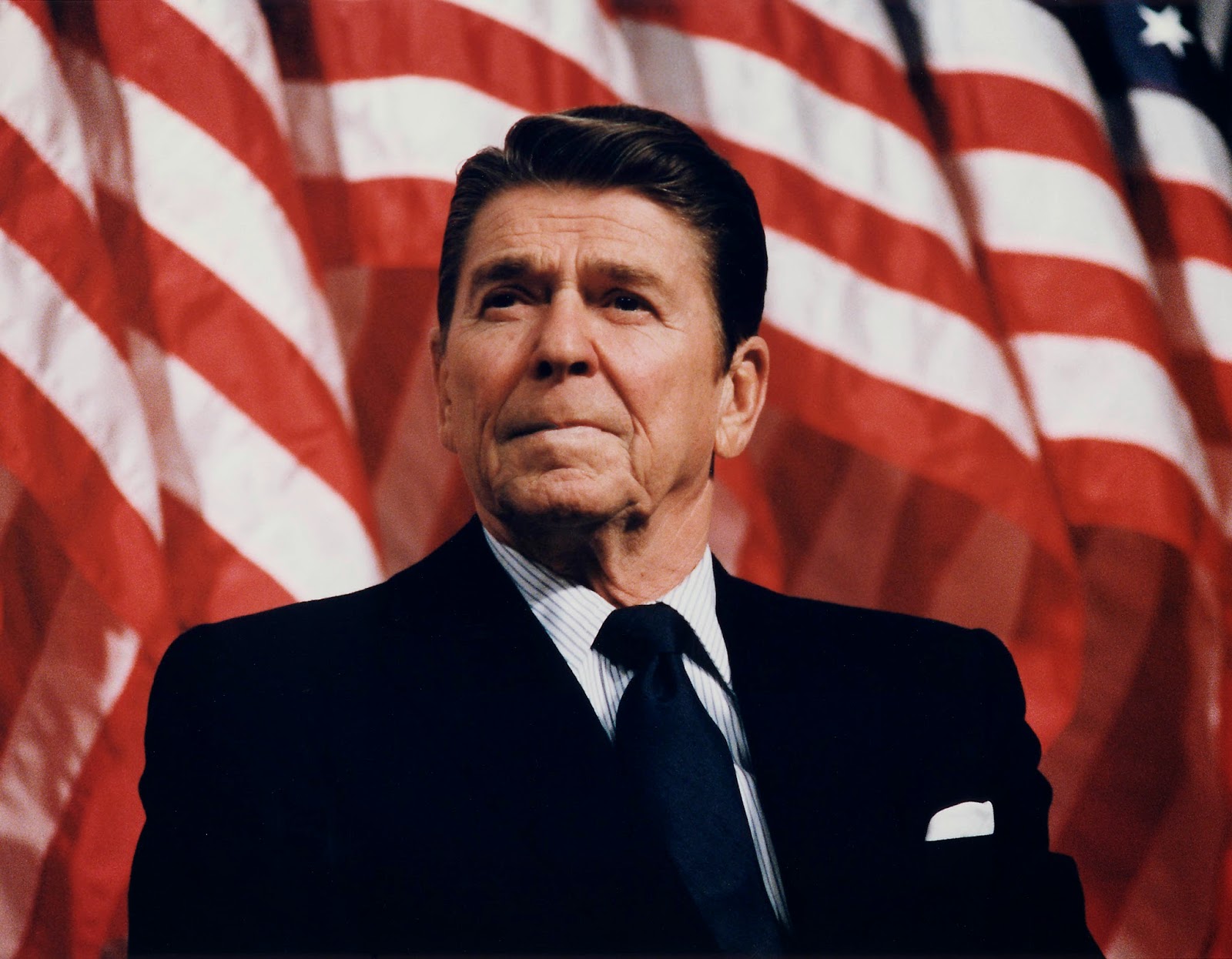 He worked steadily as an actor, with one of his most famous roles being opposite a chimp in “Bedtime For Bonzo” in 1951 and even moved on, to become governor of California in the late 1960s.

Reagan got that monkey off of his back and instead went to work with the primates in Congress in the wilds of Washington, DC, as our 40th President of the United States for the majority of the 1980s, and, sadly, passed away on June 5th, 2004 at age 93.


But, his legacy will live on forever….in the comics!


I bring you a few of his high points in the four-color world. 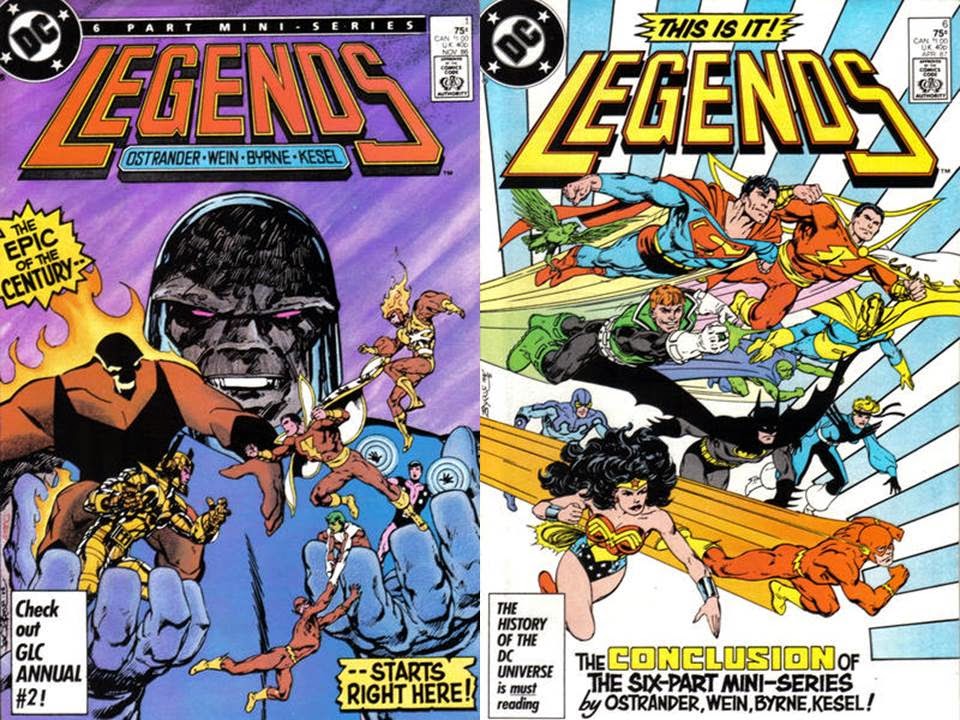 When DC Comics rebooted their universe after the Crisis on Infinite Earths, they wanted a limited series that would showcase their characters and new, one world universe. That series became Legends which came out in 1986 and 1987 (by Len Wein, John Ostrander, John Byrne and Karl Kesel), and featured Earth’s heroes facing off against the forces of Darkseid and the rest of the New Gods of Apokolips, even crossing over into many other titles (including a Cosmic Boy mini-series, Blue Beetle, the Green Lantern Corps with Guy Gardner, Warlord, as well as Superman and Batman’s titles) as Darkseid attempted to turn people against the heroes of the world and created menaces like Brimstone for the heroes to face. 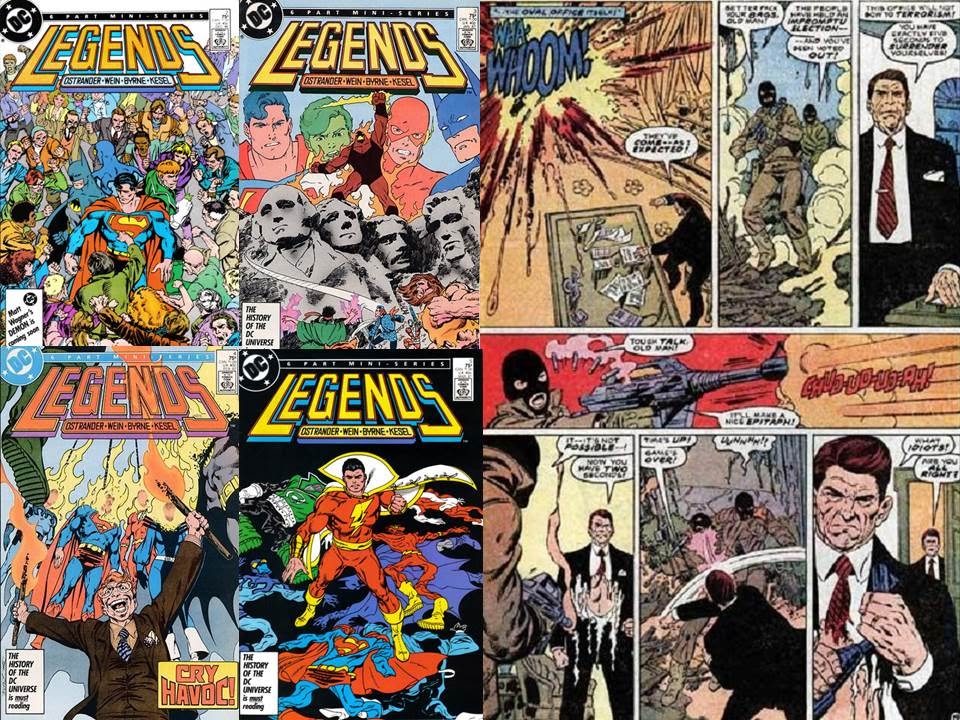 This led to a lot of confusion across the Earth, and the disbanding of the Justice League of America (to be reformed, first just as the Justice League, then Justice League International), and the government program of Task Force X, where Amanda Waller used villains in Belle Reve prison for missions too sensitive and dangerous for regular operatives, so these villains could work for parole as the Suicide Squad.

Along the way, Darkseid even manipulated the government to turn against our heroes…but, when push came to shove, Ronald Reagan backed our heroes. He even showed some heroic qualities of his own…and I’ll let you find the six issue mini-series or tradepaperback to find out the trick used here! 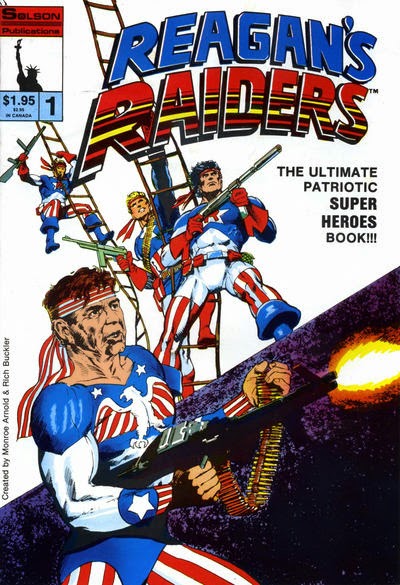 Not content anymore to sit on the sidelines, Ronald Reagan and his cabinet used Project Alpha Soldier to become super-heroes in their own right…as Reagan’s Raiders.

Three issues by writer Monroe Arnold and artist Rich Buckler from Solson Publications featured our 40th President fighting terrorists, drug lords and defending our troops over the course of three issues also came out in 1986 and 1987, but were part of the independent comic explosion, so they were only printed in black and white. Sadly, the comic ended almost as quickly as they came out back in 1987.


Still, at least the better parts of our fortieth president will be remembered! 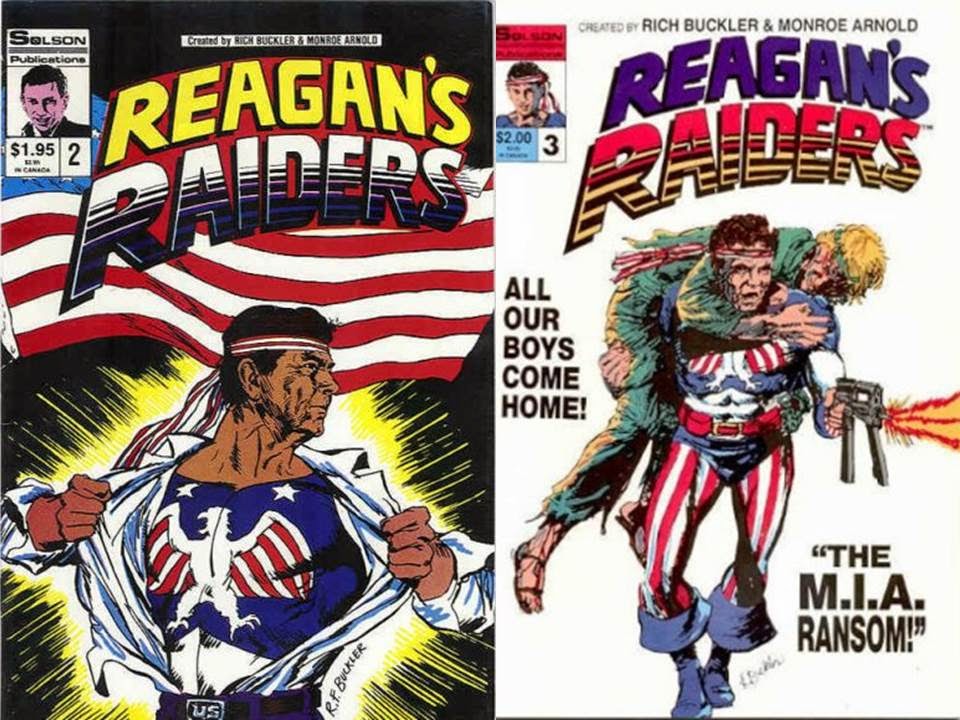