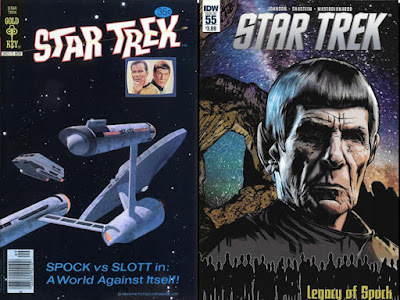 Celebrating 55 years of Star Trek, as its first episode aired on September 8, 1966. 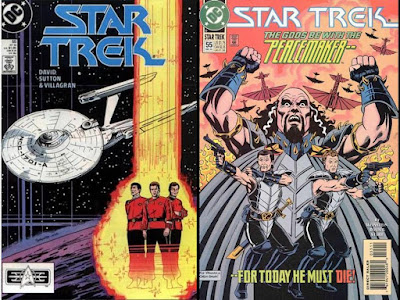 DC had 2 Star Trek series, the first with Kirk, Spock and McCoy beaming down from the Enterprise-A in the 55th issue from October, 1988, the second, with Sulu and Kirk fighting Klingons disguised as Klingons from December, 1993.

More info on Spock here, some special Star Trek issues here, Next Generation and Deep Space Nine here, and on all the Star Trek comics from a 50th Anniversary article here!

Posted by Dave's Not Here Comic Blog at 4:02 PM