Robin Hood In Brave And The Bold 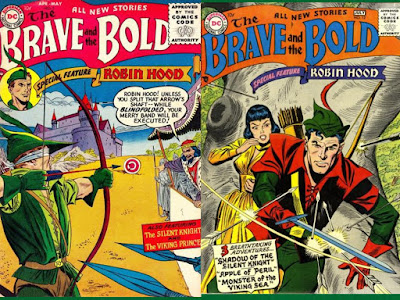 Once, long ago, Robin Hood was but a simple man of Sherwood Forest, robbing from the rich to give to the poor, fighting for the honor of Maid Marion with his Merrie Men, against the forces of the establishment in the form of Prince John and the Sheriff of Nottingham. 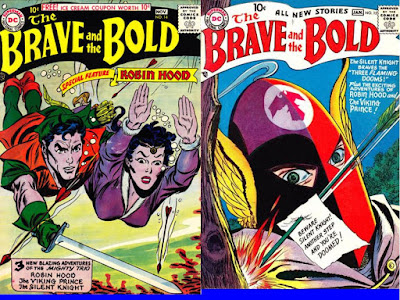 Over at DC Comics, these stories ran in Brave and the Bold from issues #5 to #15  (April-May, 1956 to December-January 1957/1958), with writers Bill Finger and Bob Haney and artists Irv Novick, Joe Kubert, and mostly Russ Heath, and these tales highlighted Robin's sense of humor and his use of the cutting edge of technology of the time....that of the bow and arrow. 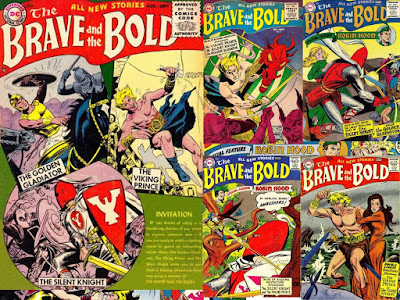 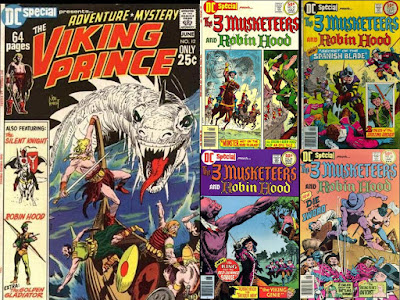 Some of these tales were reprinted in issues of DC Special, along with tales of the Three Musketeers and the Viking Prince, as well as appearing in issues of the Best Of The Brave and The Bold (6 Baxter stock reprint issue of the late 1980s, whose covers were focused on the later Batman team ups that had gained so much attention for B&B, including meetings with the Flash, Aquaman, Teen Titans and the Green Arrow, who fancied himself as a hero in the style of Robin Hood). 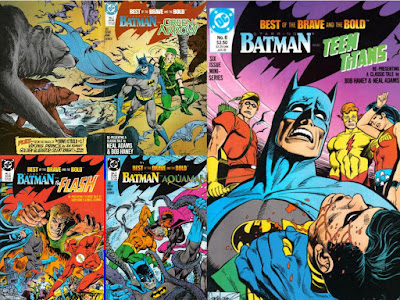 Oh, for the simpler days these stories suggested!

Email ThisBlogThis!Share to TwitterShare to FacebookShare to Pinterest
Labels: Brave & the Bold, Brave and the Bold, DC Comics, Robin Hood