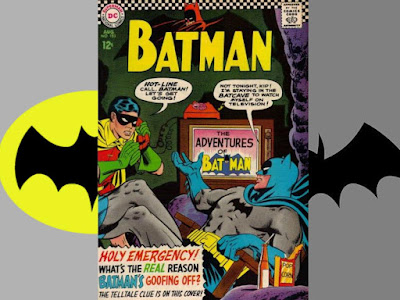 The Caped Crusader, too busy to fight crime....

What is going on here, on this cover by Carmine Infantino and Murphy Anderson for Batman #183 from August, 1966?

Well, after a brief interlude, the facts will be revealed!

A Touch Of Poison Ivy 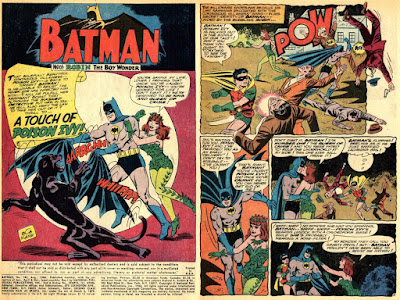 The first story in this issue by Robert Kanigher, Sheldon Moldoff (signed as Bob Kane) and Joe Giella, is a return battle against a femme fatale introduced just two issues before, Poison Ivy!

Poison Ivy has got Batman under her control. 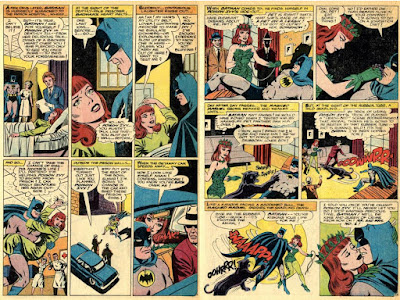 However will Batman free himself from this dastardly dame?

Well, with a bit of luck, his incredible detective skills, and help from Robin, Batman turns the tables on the green goddess, throwing off her chemical control, and finding a way to put her back in behind bars.

Poison Ivy has been pruned.  But, what about the cover mystery? 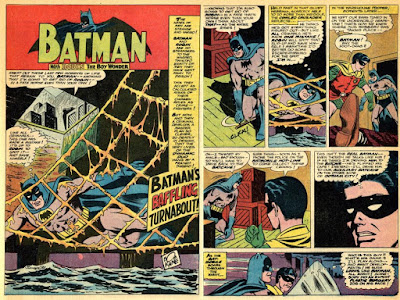 Now, to the heart of the mystery, in a story by Gardner Fox, Sheldon Moldoff (signed as Bob Kane) and Sid Greene.

Batman and Robin were catching some criminals on a pier warehouse, when Batman fell prey to a deadly trap....with an imposter all ready to take his place! 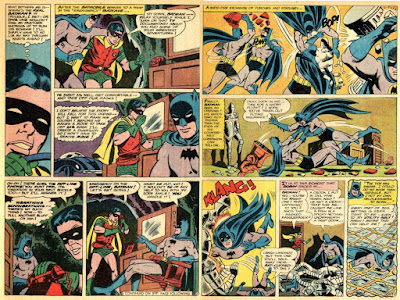 Robin was too smart to fall for the phony's scheme, but played along, taking him to a back-up Batcave, where, when left alone, the imposter revealed his plan to blow up the Batcave.  Faking that, Robin then followed the phony, as he was checking to see if Batman was dead, but Batman had escaped the sticky trap, battling the bogus Batman, and winning.

The caped criminal was a foe Batman had put in prison 5 years previously, thus he didn't know about Batman's logo change, the clue that tipped off Robin, and stopped this perilous plan from becoming fatally final. 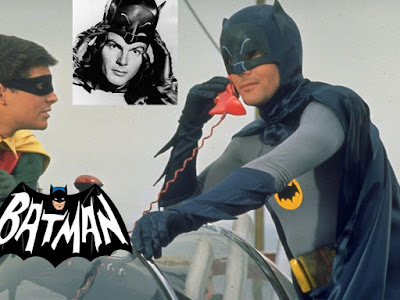 Of course, the writing style might have tipped you off to the real mystery....taking the tone of the 1966 Batman TV series to remember the late Adam West, star of that show, who was the first Batman for so many of us, and was born on September 19th, 1928!