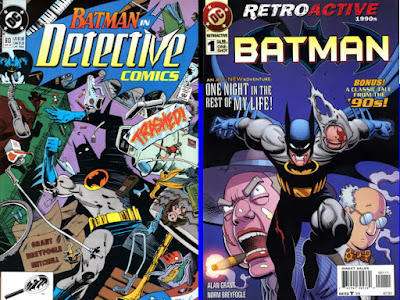 ....might not have been a line Batman used when dealing with criminals, but it might have been for a special tale in a 1990s issue of Detective Comics. 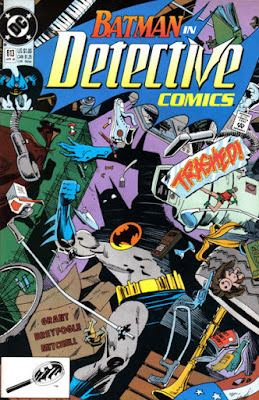 
Following a family where the dad was head of waste disposal company, this being Gotham...

....the rival company was up to crooked shenanigans, that required Bruce Wayne to put on his Batman persona and costume to deal with the problem, in a issue that felt very inspired by the classic Will Eisner Spirit as well.


All this and Vicki Vale, Bruce's reporter girlfriend who was making a bit of a 1990s return as well! 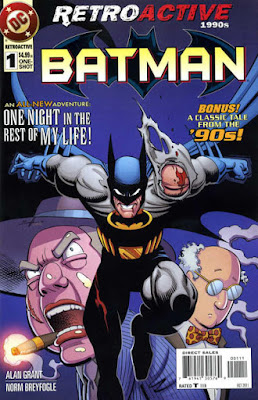 The above story was reprinted in DC Retroactive: Batman - The '90s #1 (October, 2011) along with a new story by Alan Grant and Norm Breyfogle (featuring some of the very last work on Batman by Breyfogle before his untimely passing), with Batman facing Scarface and the Ventriloquist (a villain created by Grant and Breyfogle in the late 1980s), taking its cue from the above issue, and adding these odd villains to the mix in what could have been an issue done in the 1990s.

A good thing to do with trash.