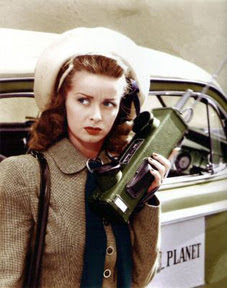 
Noel was most famous for playing Lois Lane in the two Superman movie serials, Superman in 1948 and in Atom Man vs. Superman in 1950 with Kirk Alyn as Superman...

...then coming back to the role starting with the first episode of season 2 of the Adventures of Superman, "Five Minutes To Doom" on September 18, 1953 and playing Lois until the end of the series, with "All That Glitters" on April 28, 1958, with George Reeves as Superman. 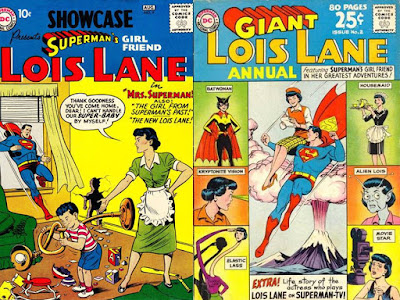 Lois Lane premiered in Action Comics #1 in 1938 by Jerry Siegel and Joe Shuster, as a female reporter that Superman/Clark Kent was fascinated with.  Over the years, the character developed, getting two tryout issues of Showcase (#9  with a cover by Al Plastino and #10 in 1957), leading to a 137 issue Lois series that started as the Adventures of Superman show was ending (and, Lois' series didn't really end, as much as fold into Superman Family, which continued on with Lois's adventures, alternating with Supergirl and Jimmy Olsen).  Lois Lane even had two annuals, the second of which from the Summer of 1963 with a cover by Kurt Schaffenberger featured a story on Noel Neill! 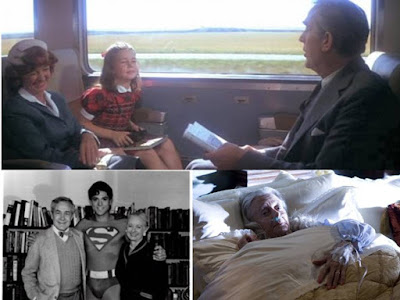 But, that wasn't the entirety of Noel's time with Superman.  Noel returned in a small part playing Lois Lane's mother (with Kirk Alyn as Lois' dad) in Superman the Movie in 1978, and playing a part in a Superboy episode with Jack Larson (Adventures of Superman's Jimmy Olsen),  with Gerard Christopher as Superboy called "Paranoia" in 1991.  Noel even made it into Superman Returns in as the woman Kevin Spacey's Lex Luthor swindled out of her fortune (and made you want Brandon Routh's Superman to beat Lex that much more!). 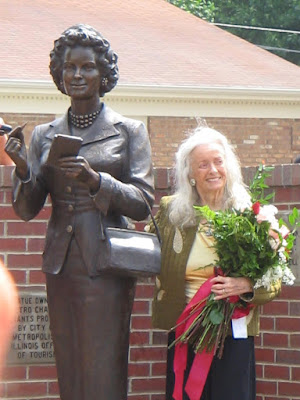 Better still, Noel was active with the Superman Celebration in Metropolis, IL, where they dedicated a statue to her version of Lois Lane in 2005.

As you can see, Noel smiled a lot.  She seemed a very happy person, as many people have been reporting since news of her passing.  She embraced being a part of the Superman Family, as the family of fans embraced her.

Lois was the woman who stood behind Superman to help make him super, and Noel was the first woman to bring Lois Lane to life, and she was super! 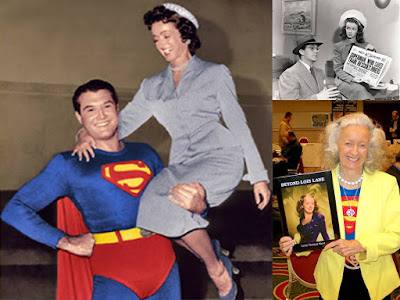 Posted by Dave's Not Here Comic Blog at 7:55 AM