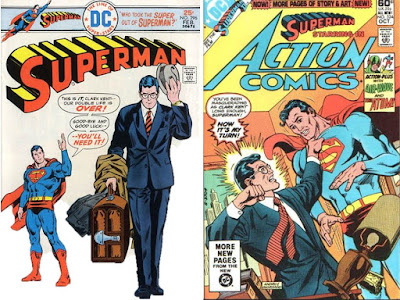 Odd that Superman could wish Clark Kent a happy birthday...especially since they are suppose to be the same person!

To help conceal his identity, Superman (who has a birthday on February 29th), doesn't share a birthday with Clark Kent (who was born on June 18th!)!

You can see, that DC has done a few tricks over the years to put Superman at odds with Clark Kent...

One of the biggest tricks they pulled was having Superman and Clark Kent team up, and they did that twice in Superman's team-up book of DC Comics Presents! 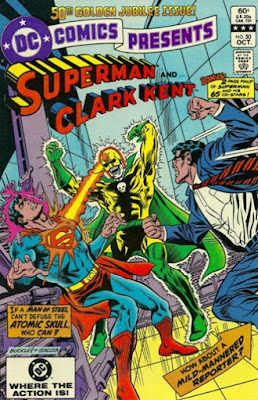 In DC Comics Presents #50 (October, 1982) in the story "When You Wish Upon A Planetoid" by writers Dan Mishkin and Gary Cohn, and artists Curt Swan and Kurt Schaffenberger, thanks to a chance encounter with the Miracle Machine (technically, its first appearance, as every other time Superman encountered this device of the Controllers, it was in the future, when Superboy, Superman's adventurous younger self, traveled to the 30th Century to work with the Legion of Super-Heroes) while saving a planet, Superman's subconscious wish of having a life separate from Clark Kent came true, and the two existed as individual beings for a time, working to thwart the Atomic Skull and his attack on S.T.A.R. Labs.

Eventually, Superman and Clark worked together and returned to being one man. 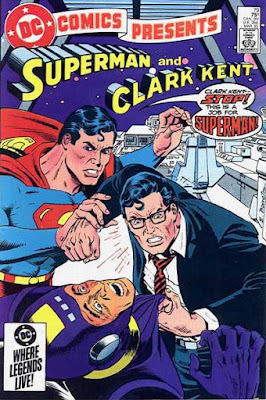 At least until DC Comics Presents #79 (March, 1985) in the story "Superman -- Meet Clark Kent" by writer Paul Kupperberg and artists Curt Swan with Al Williamson, Superman and Clark were split by intergalactic gamblers Rokk and Sorban (and dealt with the villainous Erg-Master at this time), and the two alter egos had to work together...and become one being as well.

It might seem strange to devote time to Superman and Clark Kent working together, but they need to, and sometimes we all need to make parts of ourselves work together...the showy larger than life side full of action and heroics (one might say the Superman side) and the quieter, thoughtful, more emotional reporting side (the reporter, Clark Kent) to make us all be one functioning person! 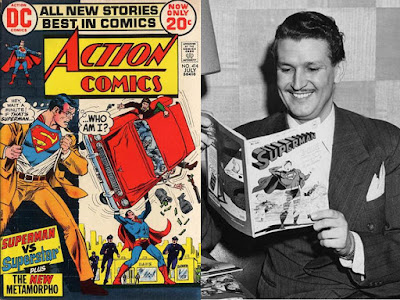 But, you might ask, why June 18th as Clark Kent's birthday?  Well, that's the day that Kal-El arrived on Earth from Krypton and was found by the Kents...

...and, oddly enough, in 1908, it was when Bud Collyer was born (he who would voice Superman on radio and in the cartoons of the 1940s, shifting his voice an octave when he switched identities). 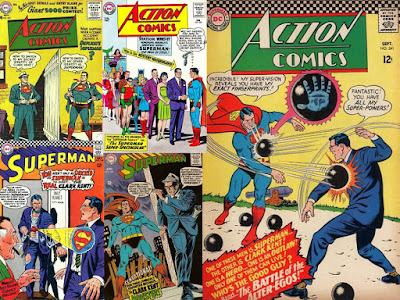