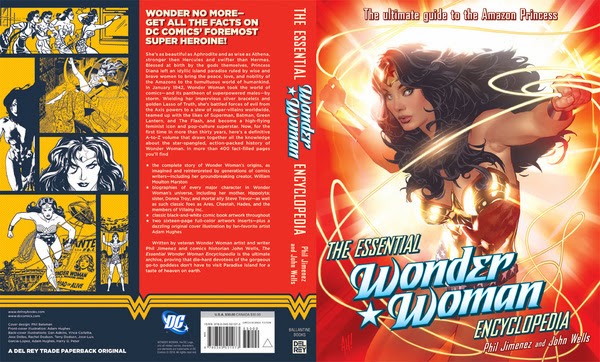 For all the fans of Wonder Woman, a rare treat.  An interview with noted comic historian, John Wells, one of the authors of the Essential Wonder Woman Encyclopedia, who was kind enough to share a few of his thoughts on Wonder Woman!

DM: Where did you first become aware of Wonder Woman? What was the first Wonder Woman comic you read? 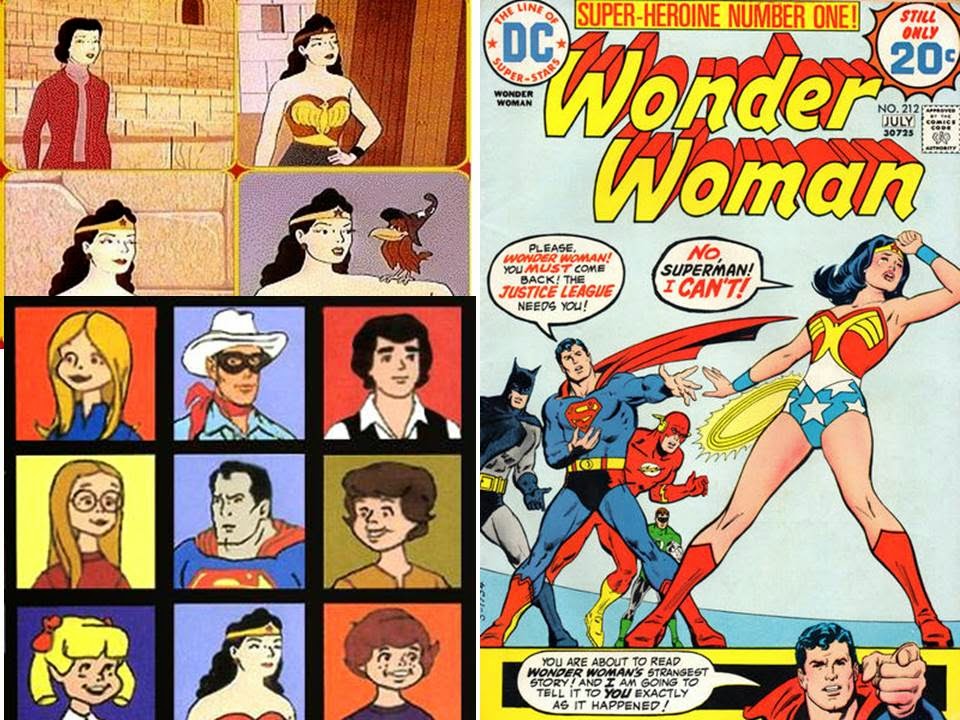 JOHN WELLS: The first time I saw Wonder Woman was, believe it or not, on an episode of the Brady Kids cartoon in 1972.

And afterwards on the Super Friends cartoon that started a year later. The first issue of the Wonder Woman comic that I ever bought was issue #212 in 1974. 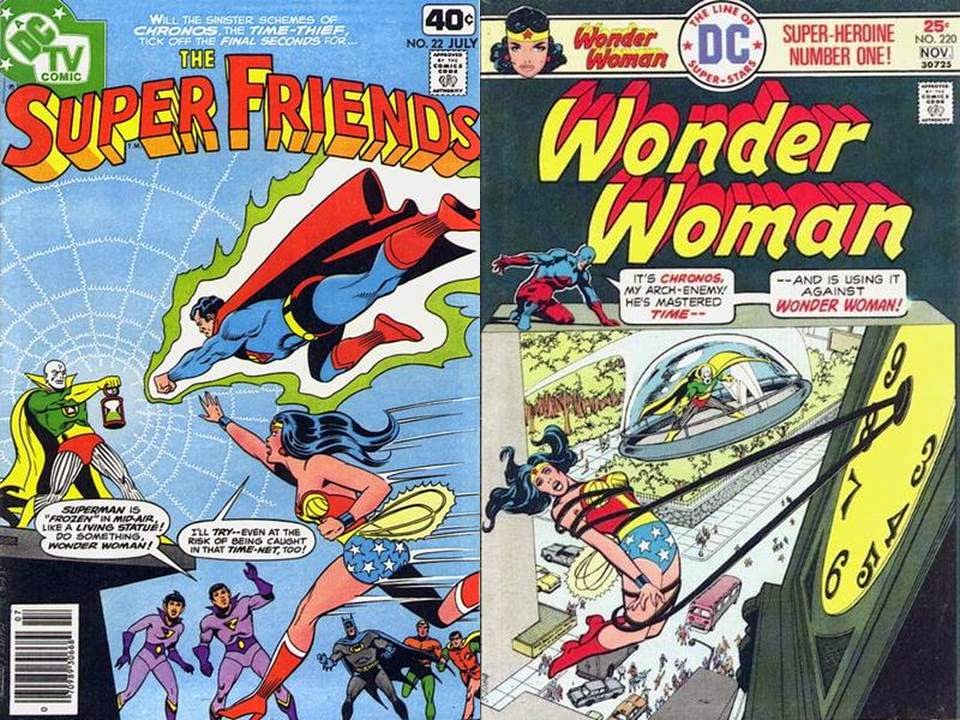 DM:  I came in towards the end of the trials (#220), so they are a favorite of mine as well, as are the Super Friends, who were my first exposure!  What is your favorite era/run of Wonder Woman?

JW: The Julie Schwartz-edited two years (#212-227). Issue #212, as I mentioned, was the first issue I ever bought and was coincidentally ground zero for a re-launch of the character after several years as the plainclothed Diana Prince and a stodgy return to costume under Robert Kanigher. With Len Wein on script, that one issue told me everything I needed to know about Wonder Woman, introduced a new career for Diana Prince, began a series of trials monitored by the Justice League, and even had room for a fight with the Cavalier. In twenty pages. I look back on this issue now with shock at how badly Curt Swan was inked on this story but it’s to his credit as a storyteller that his greatness shines through. 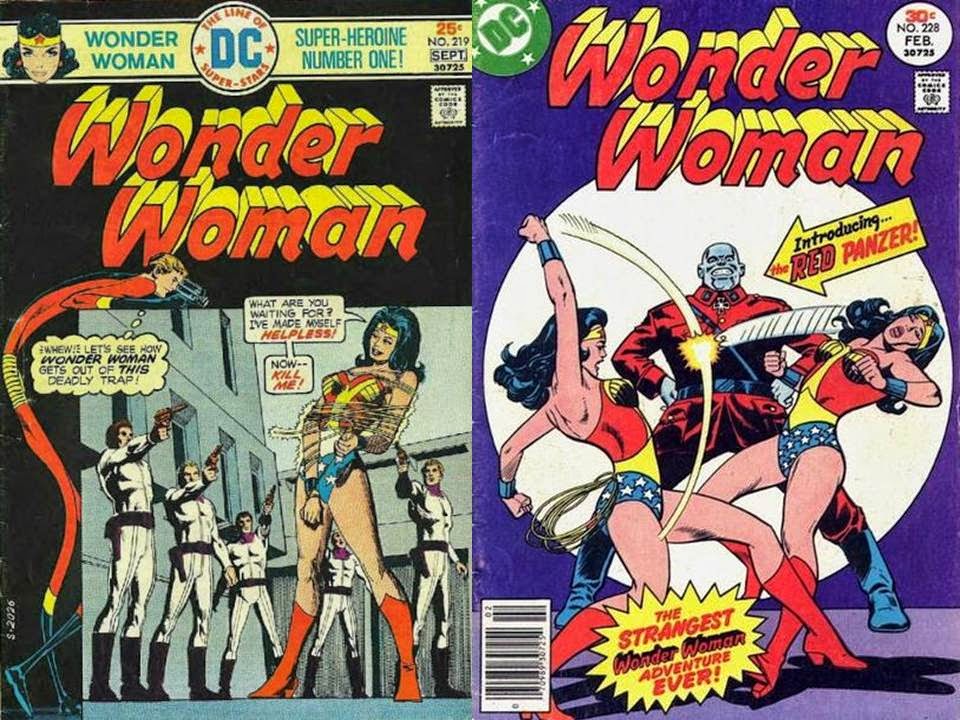 I liked the fact that this run dispensed with the notion that Diana Prince was a meek female Clark Kent and I really loved the forward momentum that Marty Pasko brought to the table once the trials were over. It killed me when the series abruptly shifted back to the 1940s with #228 to reflect the TV show. I wound up enjoying that run, too, but I often wonder how different the present-day Wonder Woman might have been had Pasko been allowed to continue in the direction he was headed. 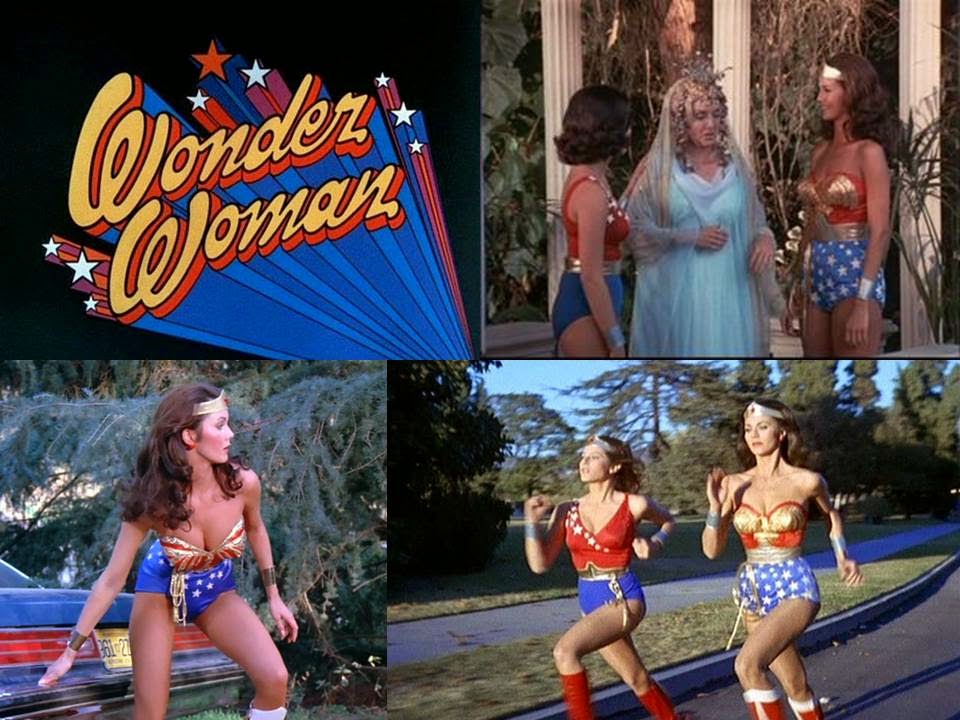 DM: Speaking of the Wonder Woman TV show, do you have a favorite episode, and what did you think of Lynda Carter's Wonder Woman?

JW: I loved Lynda Carter as Wonder Woman! One of the greatest bits of superhero casting EVER! As campy as it is in retrospect, the pilot movie is still wonderful in the way it brings scenes from the first two Golden Age stories to life. The whole World War 2 season was great fun but the Wonder Girl two-parter is my absolute favorite. 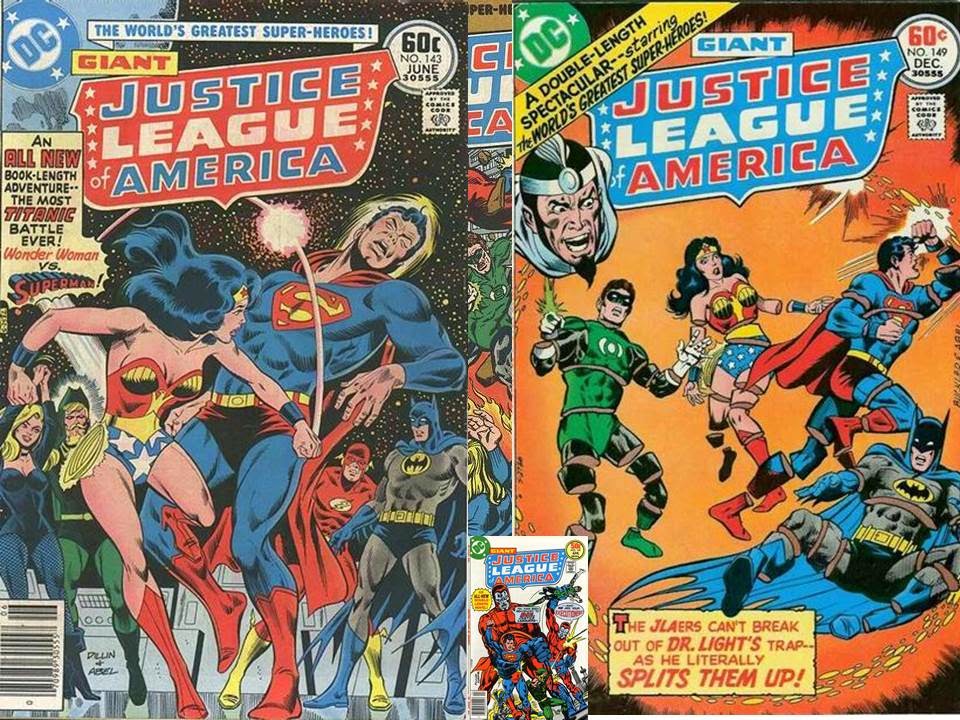 JW: I’m fond of the scene in Steve Englehart’s first JLA-Manhunters battle where Diana located an alien “menace” called the Dharlu and demonstrated compassion towards an entity that was simply a pregnant female trying to protect its offspring.


And I loved the scene in Len Wein’s GREEN LANTERN where an evil Congressman named Jason Bloch was mortally wounded and tried to spill the beans on GL’s true identity to a passerby in the Pentagon. Who, the last panel revealed, was Diana Prince. Oops!


DM: Now that the DC Universe has a philosophy of "it's all good", what character from Wonder Woman's long past would you like to see revived now? 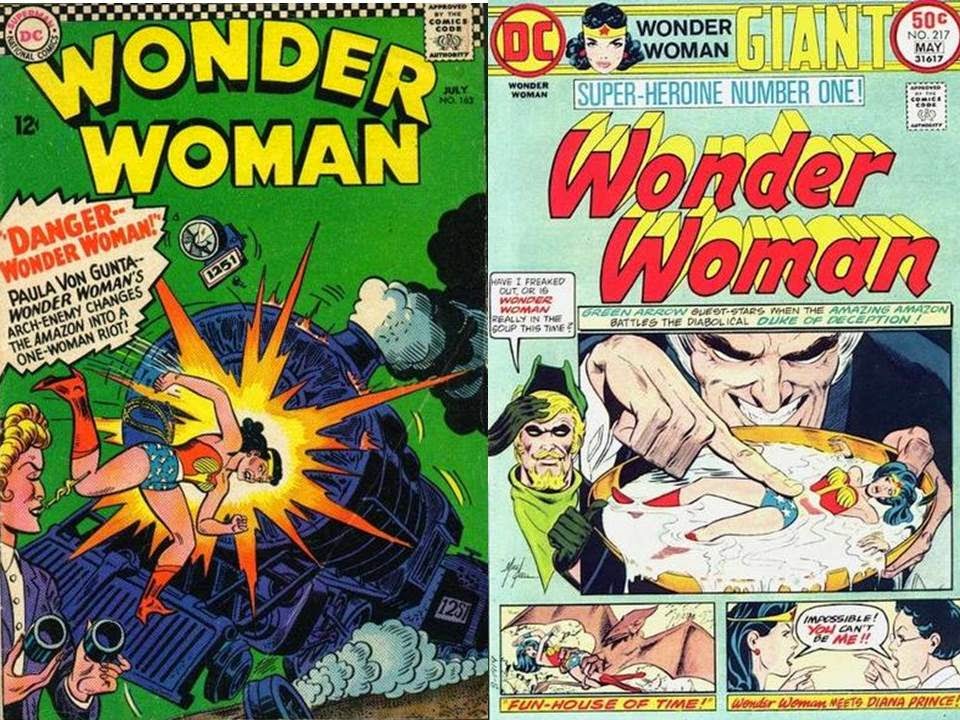 JW: Maybe Paula Von Gunther or Diana’s best friend Mala or the Duke of Deception, all of whom have been seen fleetingly in the past fifteen years.

DM: When Roy Thomas took over Wonder Woman, he made a MAJOR change to Wonder Woman (involving her costume) that survived even a few Crises and brought back some of Diana's history, including Steve Trevor.   What did Roy and those who followed him add to the Wonder Woman mythos? 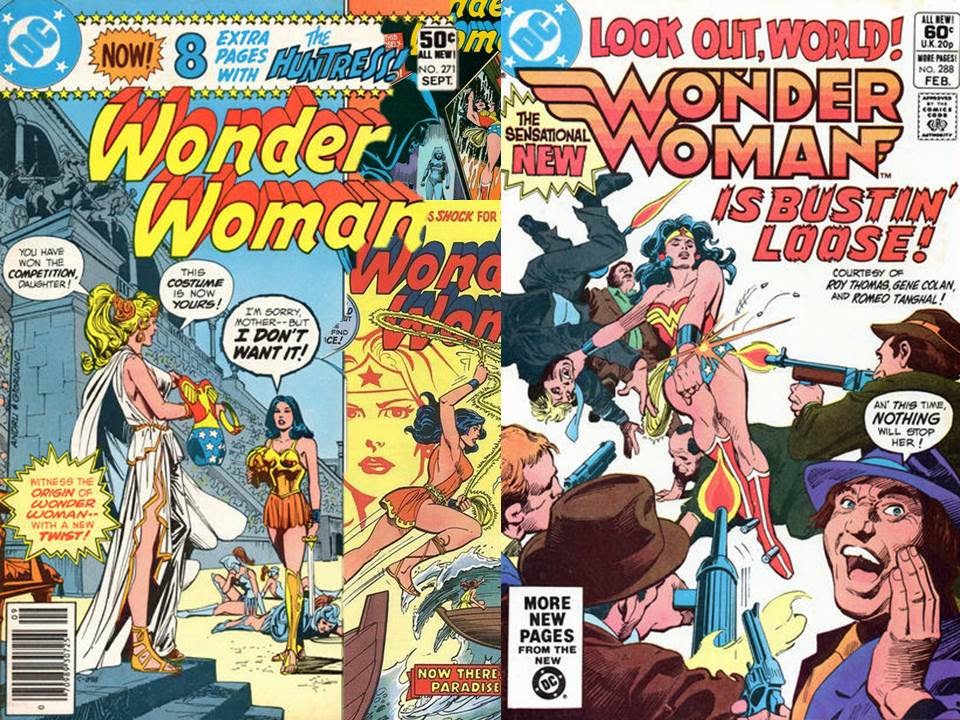 JW: Actually, it was Gerry Conway who revived Steve and Roy was strictly a hired gun when it came to the new costume.

In the case of the latter, DC wanted a logo they could merchandise like Superman and Batman’s and it would’ve happened regardless. Still, Roy did effectively revive Doctor Psycho for the 1980s and created a good new villainess in the form of Silver Swan. 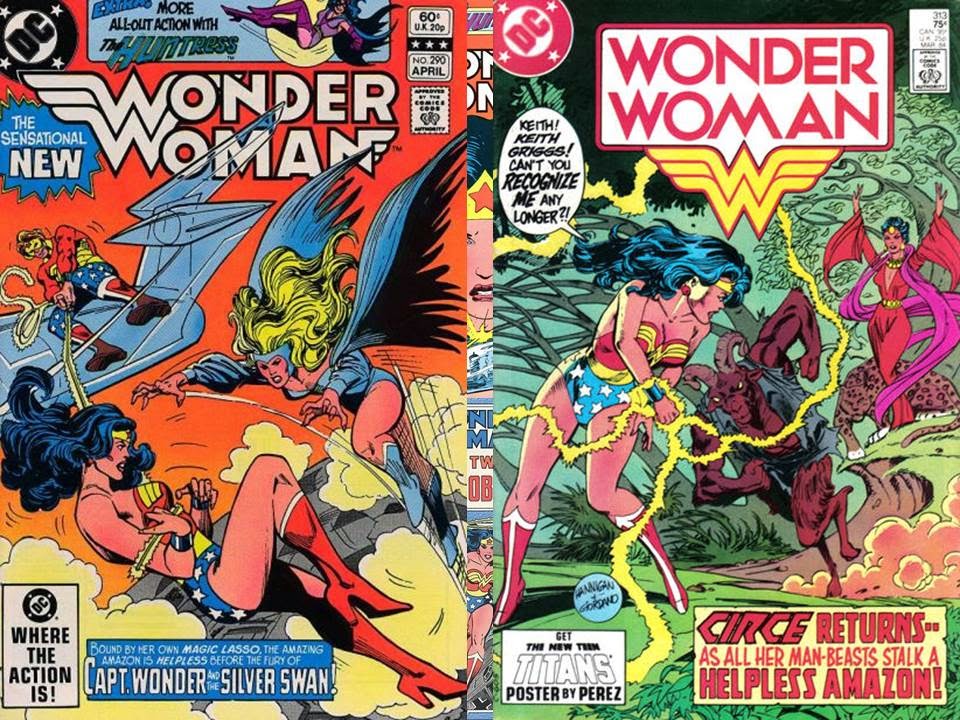 All the old villains who were rebooted in Perez’s series were characters who received entries in Who’s Who.

Had Roy not dusted off Psycho, it’s debatable whether he’d even have received an entry.  And Circe--who fought Wonder Woman only once in the 1940s--would NEVER have been in Who’s Who if Dan Mishkin hadn’t revived her in 1983. How different would the post-Crisis Wonder Woman’s history have been without its own version of Circe?


Soon after this, Diana Prince and the entire DC Universe underwent a metamorphosis and, this seems like a great place to break, but don’t worry, I’ll have part two of my interview with comic historian, John Wells, which will deal with the changes that happened to Wonder Woman’s history post-Crisis on Infinite Earths coming in December. 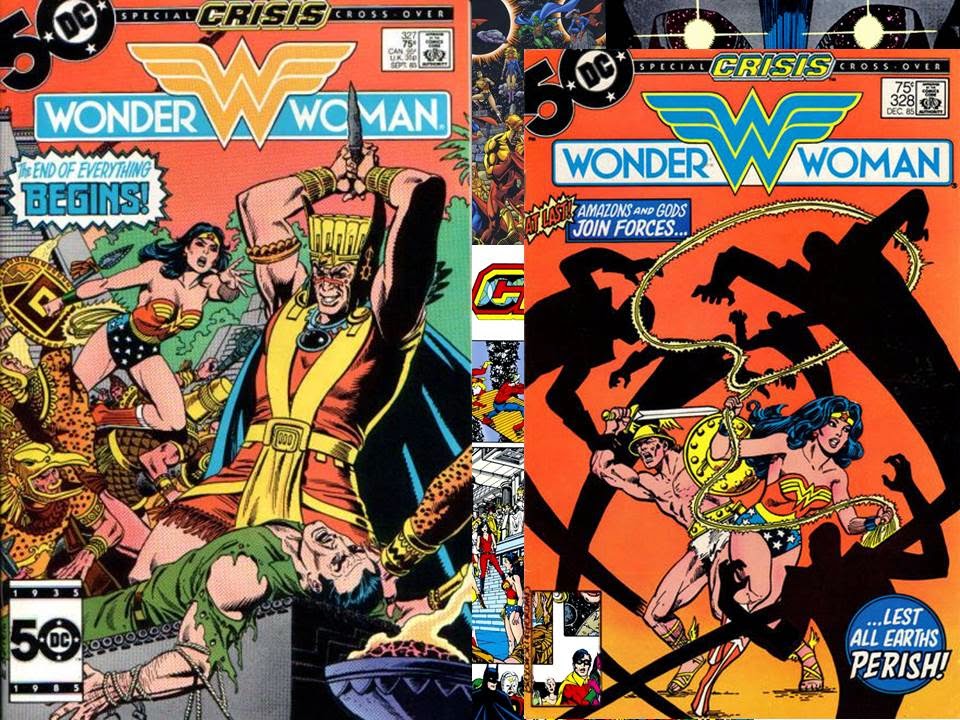 If any of this history of Wonder Woman interested you...

...and you’d like to learn more, feel free to look for the Essential Wonder Woman Encyclopedia...

...not to mention John's Back Issue Wonder Woman article in issue #37 (on Wonder Woman's return to World War II in the 1970s ), and Jim Ford's article in #41 for the trials of Wonder Woman!. 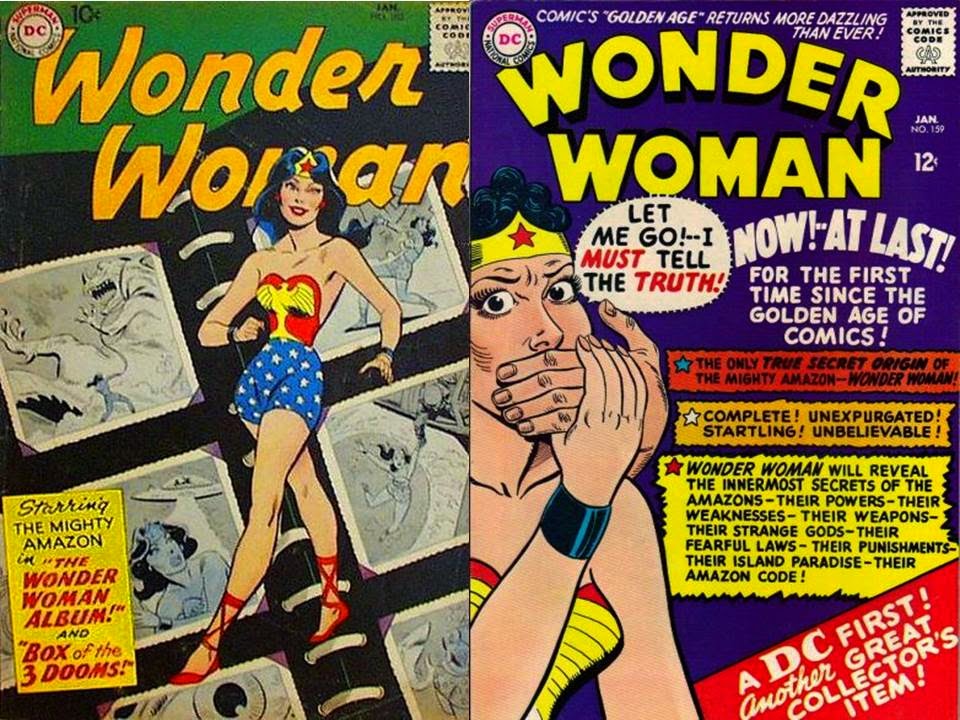