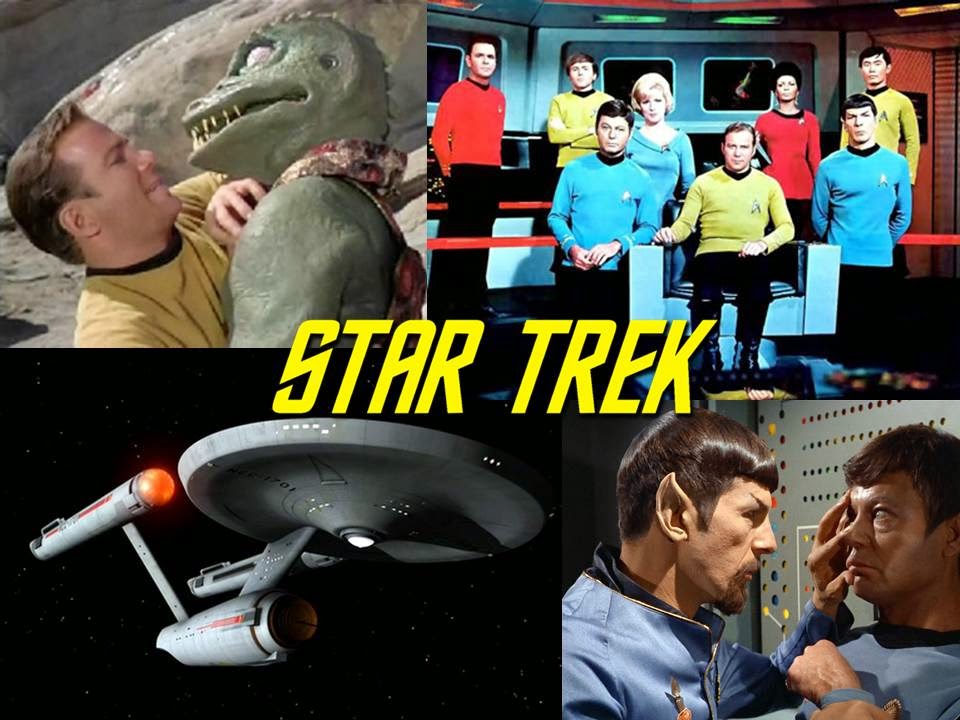 Star Trek boldly went in the 1960s, but…how to take that experience home with you in the days before VOD, DVR, DVD or even VCR?

Well, it was the comics! For 61 issues from cover dates July, 1967 to March, 1979, Kirk, Spock, McCoy, Scott, Sulu, Uhura, Chekov, Rand and Chapel were there in the funny pages for you to read, brought to you from the folks at Gold Key. 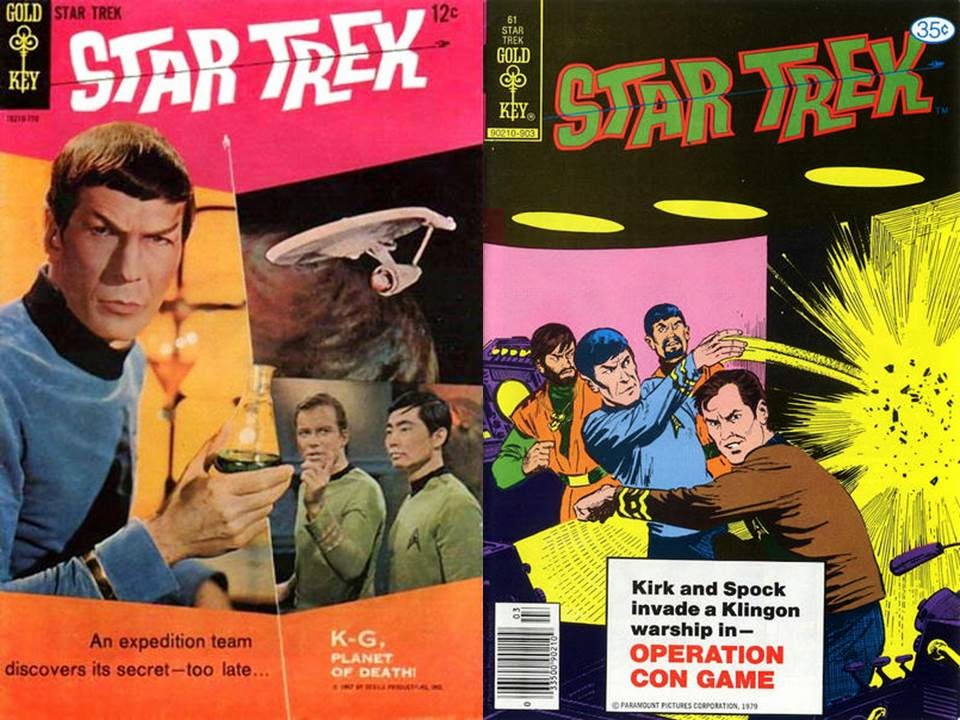 The stories were simple (and usually featured things not seen in the TV show), and sometimes characters didn’t even look like their familiar versions (it wasn’t as though the comic creators could just hop on the internet to find reference….).

Even though Gold Key had access to all the characters, Uhura, Chekov, Rand and Chapel weren’t used much, and they only used Harry Mudd and Zefram Cochrane from the guest stars (once each, #49 for Cochrane, and #61 for Mudd), though they had McCoy’s daughter in a few issues (which the TV show was going to do, but never got around to), and had issues with Klingons, Romulans and the Guardian of Forever. 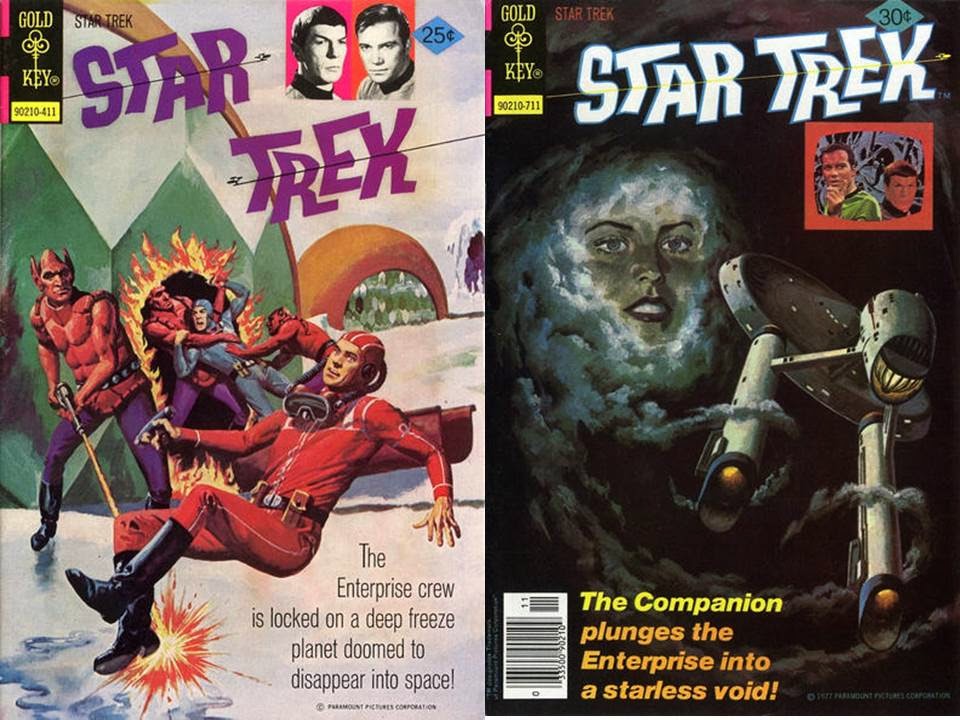 Though, a few comics looked like they belonged more to Irwin Allen’s Lost In Space than to Gene Rodenberry’s Star Trek…

Still, some of the stories were good, and they were all preserved in the Star Trek: The Key Collection, seven volumes that reprinted the new stories from Star Trek #1-61 (#29, 35, 37 and 45 were reprints!). 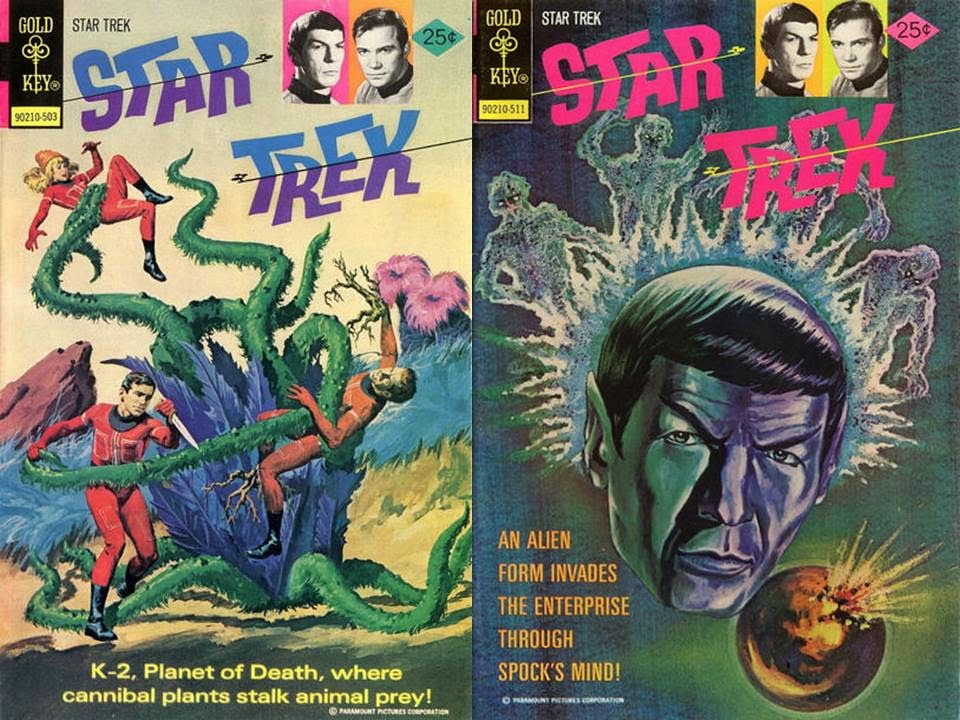 These issues are in interesting look at our future…from the past! Then, Star Trek went on…to Marvel Comics!

These Are The Voyages 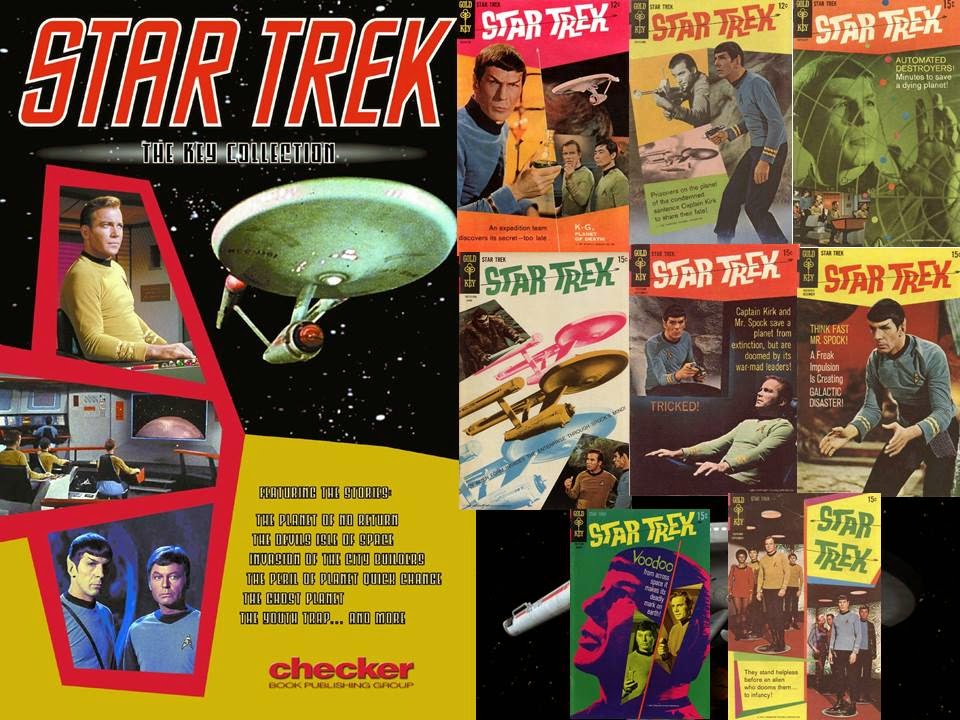 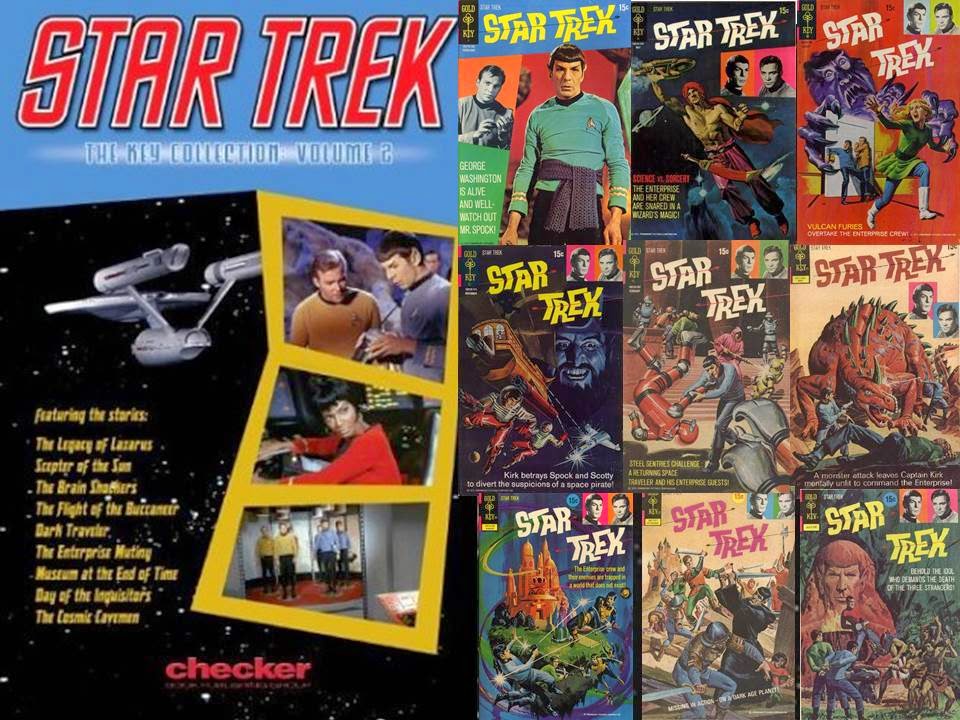 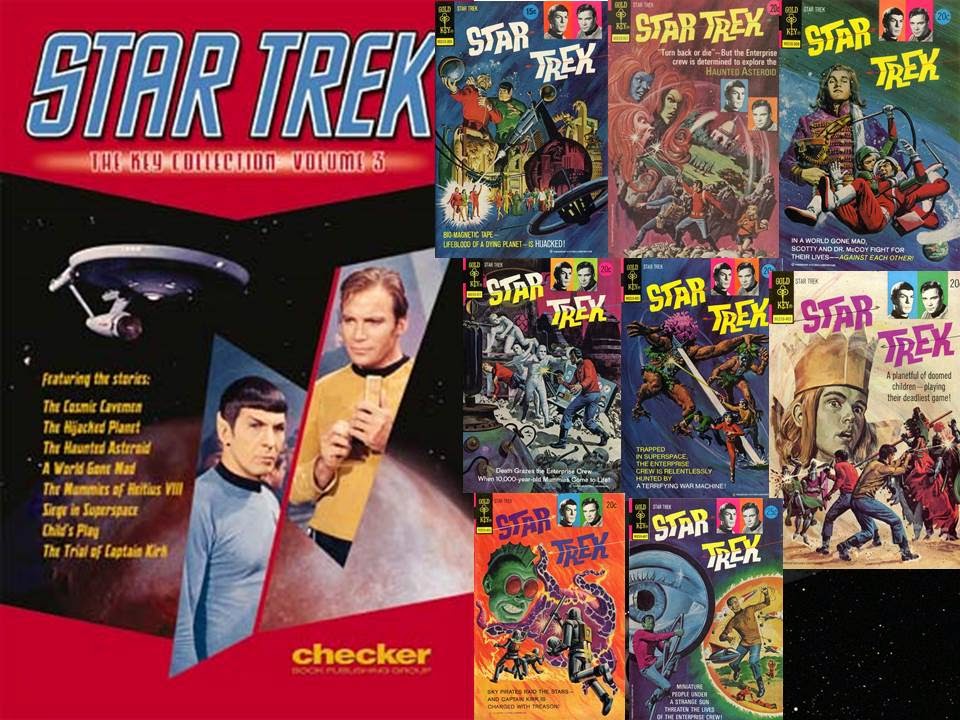 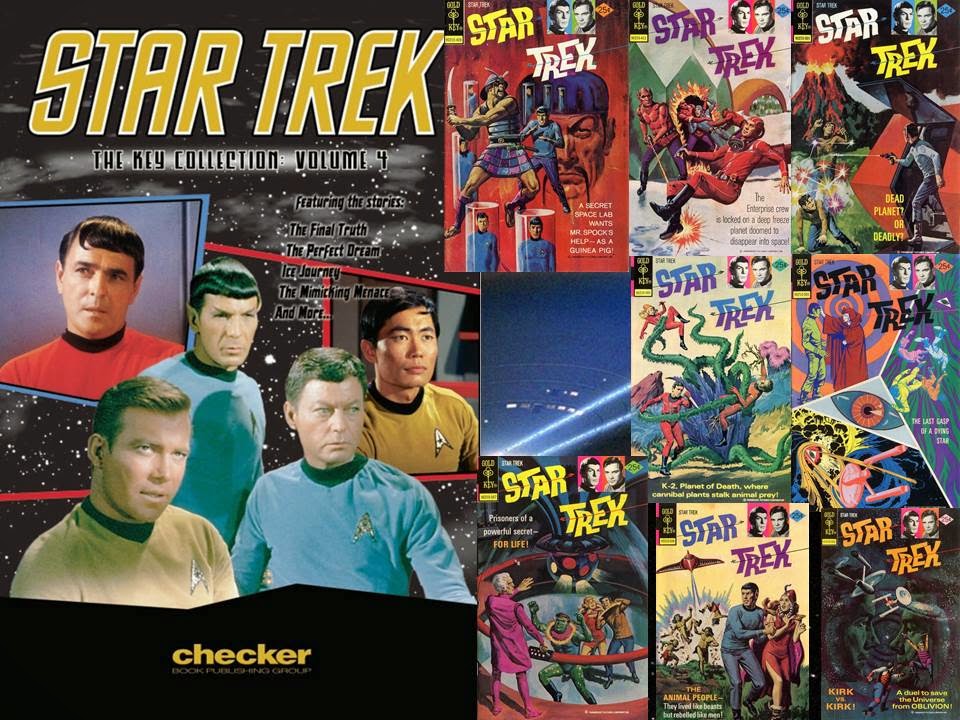 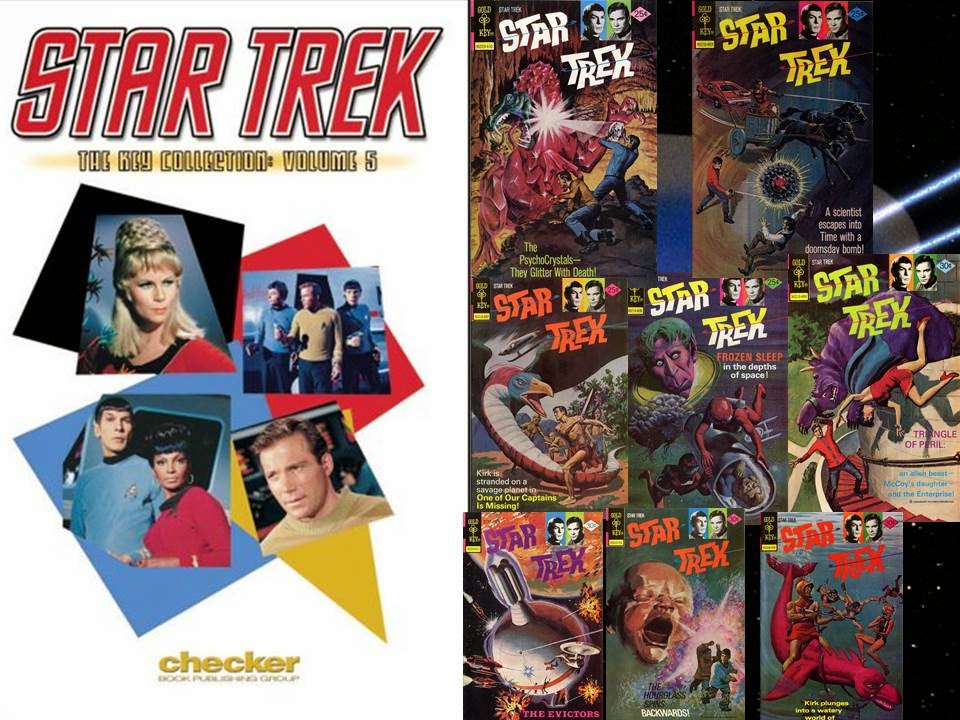 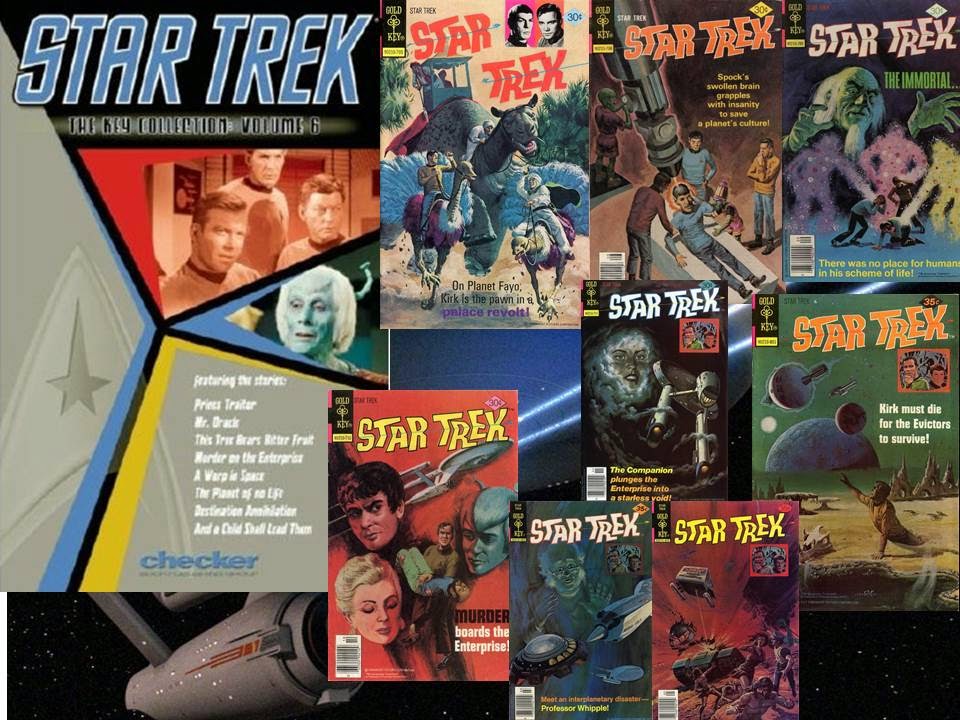 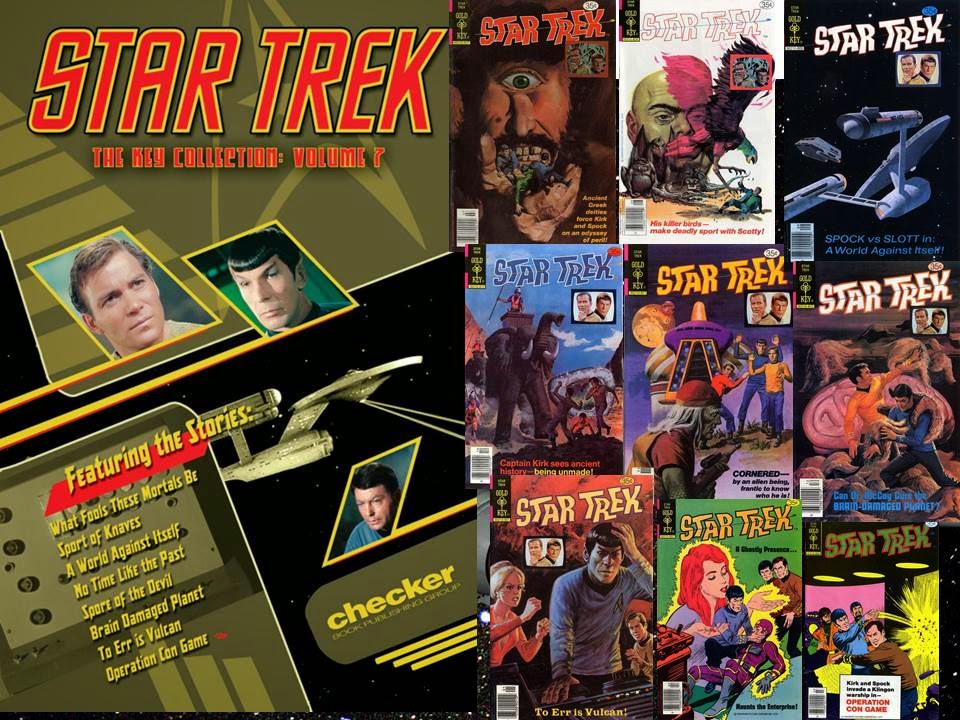 Posted by Dave's Not Here Comic Blog at 7:05 AM