Ultra The Multi-Alien's A Mystery In Space 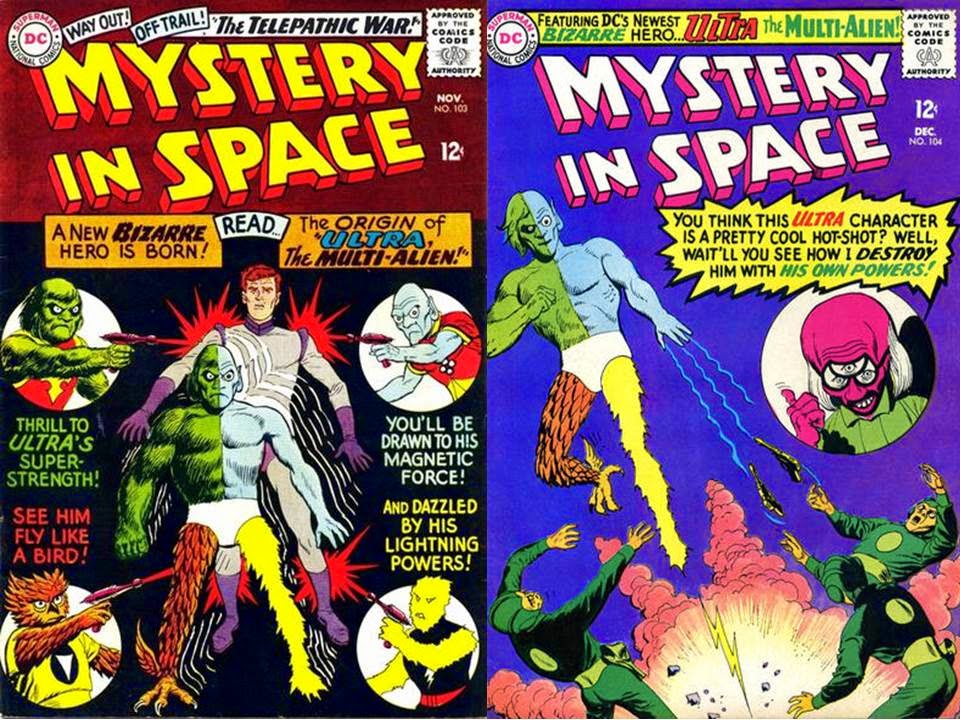 Part normal sci-fi astronaut from the near future, part horror movie from the 1950s, wherein four aliens were merged with that astronaut to become...Ultra the Multi-Alien! 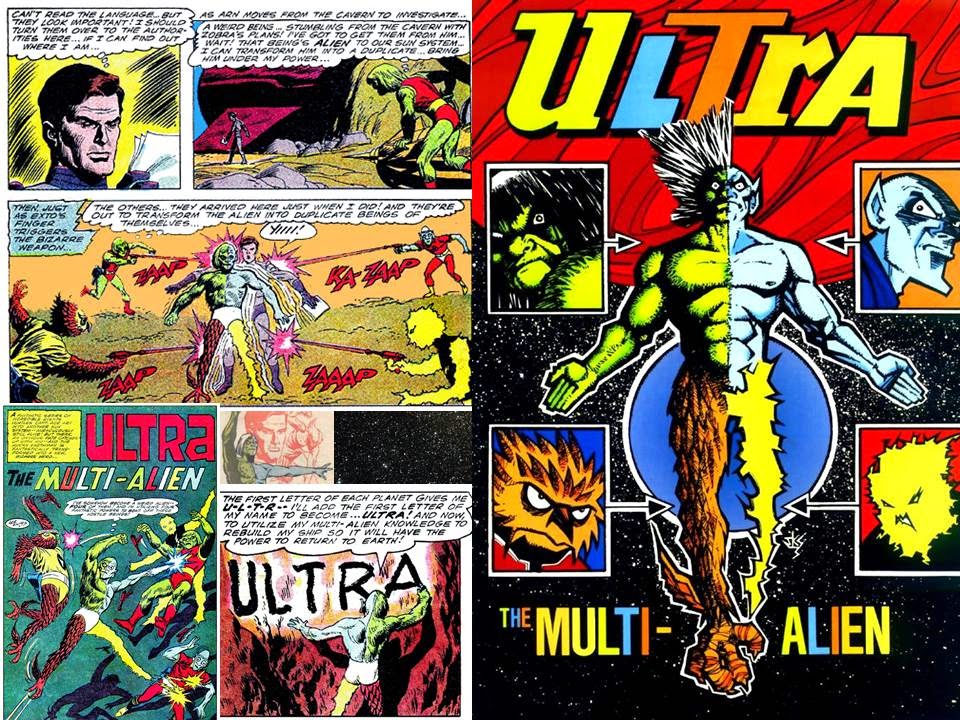 Ultra the Multi-Alien premiered in Mystery In Space #103 (November, 1965) by Dave Wood and Lee Elias, wherein pilot Ace Arn is trapped in the magnetic field of a comet and carried to another solar system, crashing near the lab of a dead scientist named Zorba.  Zorba's four assistants (one alien each from the worlds of Ulla, Laroo, Trago and Raagan) each turn on Ace, with all of them using a gun created by Zorba, that would turn its target into a duplicate of the race of the ray gun wielder, and a slave of the owner of the weapon.  Because Ace was hit by four blasts at once, he turned into the odd composite that was Ultra the Multi-Alien, and kept his own mind.  Using his new found powers (strength, flight, magnetism and lightning), Ultra defeats the aliens, names himself using the names of the alien races (and his own) and plots his return home. 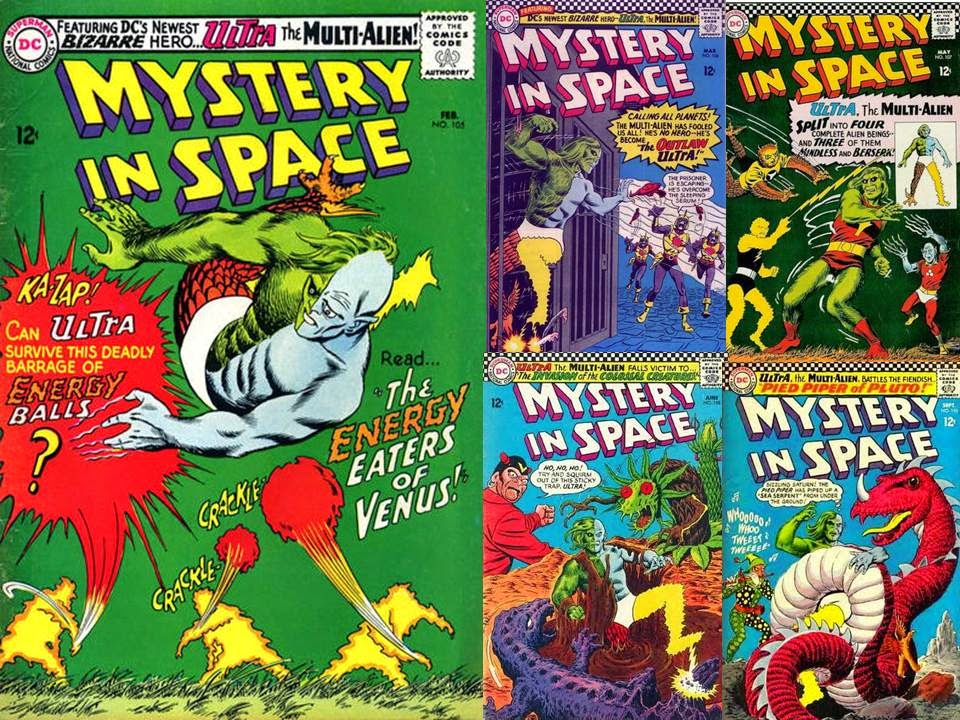 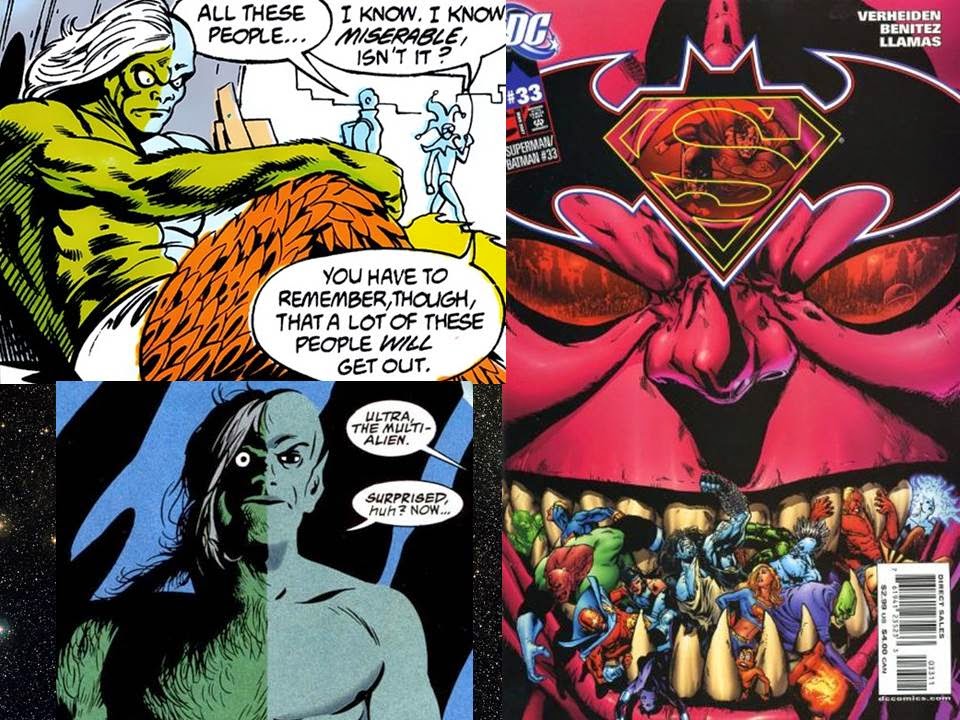 Well, kind of.  Ultra gets an appearance in Animal Man #25 (in a limbo for forgotten characters), and is a fare of the of Space Cabby in Starman #55.

Ultra next appears during the Infinite Crisis (being involved with Donna Troy and the space faring heroes involved in the Rann-Thanagar War), and in Superman/Batman #31-33 (as part of a collection of outer space heroes). 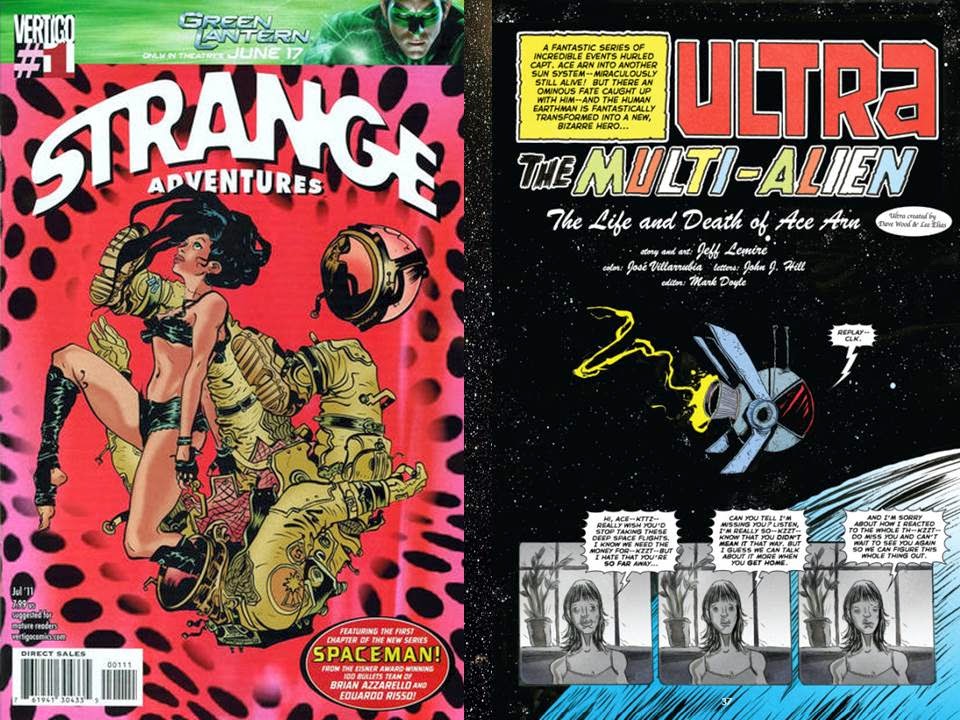 Jeff Lemire even brought him back for a solo feature in Strange Adventures #1 (July, 2011)...

...and must have liked the character, as he both wrote and drew the story of "The Life And Death of Ace Arn" which had 8 pages of Ultra the Multi-Alien all on his own in a Vertigo comic! 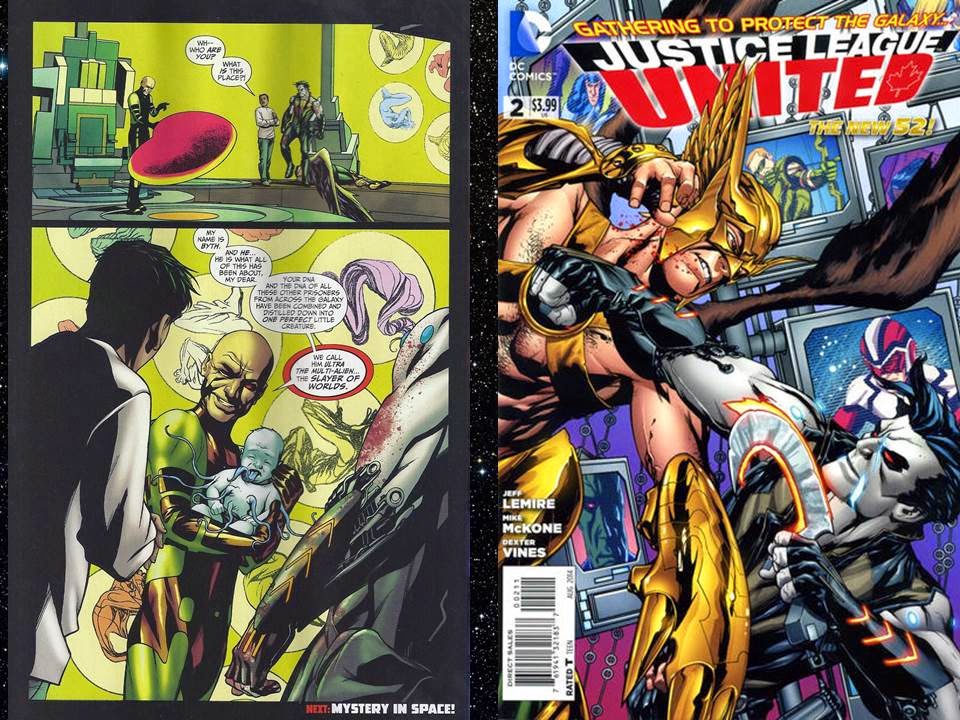 ...as he included the character (with a slightly different origin, that of being a creation of the alien shape-shifter, Byth), in the early issues of Justice League United, including issue #2, entitled "Mystery In Space"!.

Not bad for a nearly forgotten character of the mid-1960s? 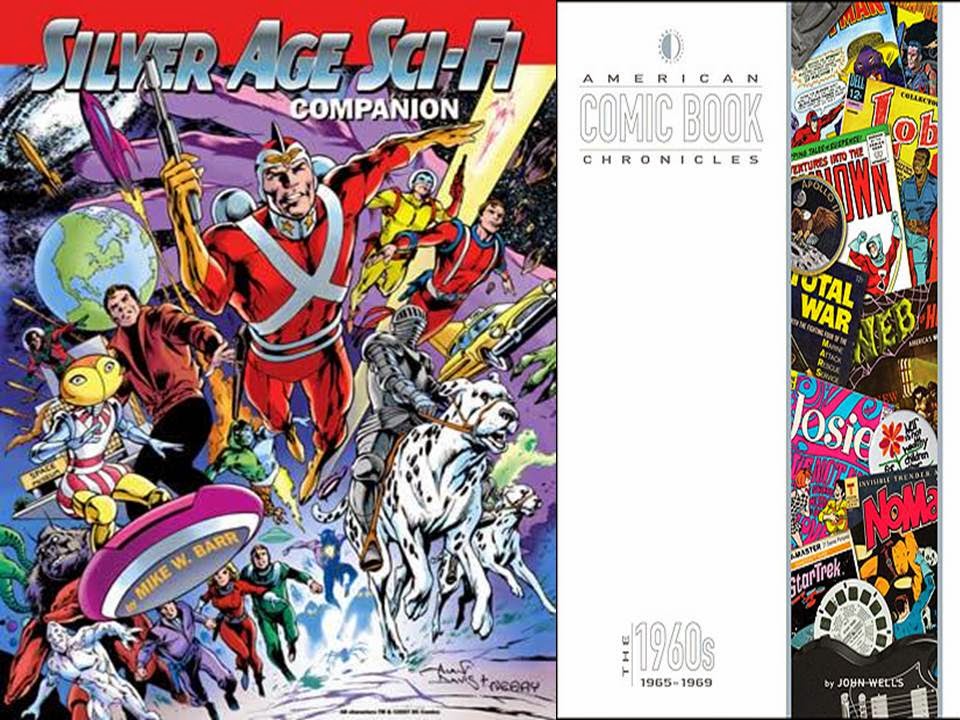 Strangely, though he made the cover of Mike W. Barr's Silver Age Sci-Fi Companion of 2007, Ultra didn't make the interior (still, it's an incredible collection of facts on folks like those he replaced in Mystery in Space like Adam Strange and Space Ranger, as well as the Star Rovers, Captain Comet, the Space Cabby and the Atomic Knights...and more!).

Ultra did make it into the American Comic Book Chronicles:1965-1969 by John Wells and Keith Dallas, wherein they said this of Ultra.."The concept itself wasn't necessarily bad...but Ultra just looked silly.  He was part bald blue man and part hairy green monster set atop a bird's leg and a lightning bolt."....and that was one of the joys of Silver Age science fiction!