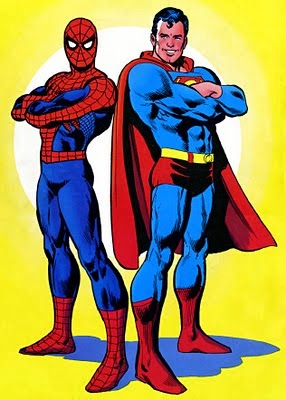 It might be hard to believe, with all the fans they have, but not everyone likes a hero.

Sure, the life of a superhero looks easy, but it really isn't....

Take for example Superman and Spider-Man (one from DC and one from Marvel, both working in the news industry, both the biggest heroes in their world, or at least the most popular...).

Neither of them have had an easy life....

To Save A Superman 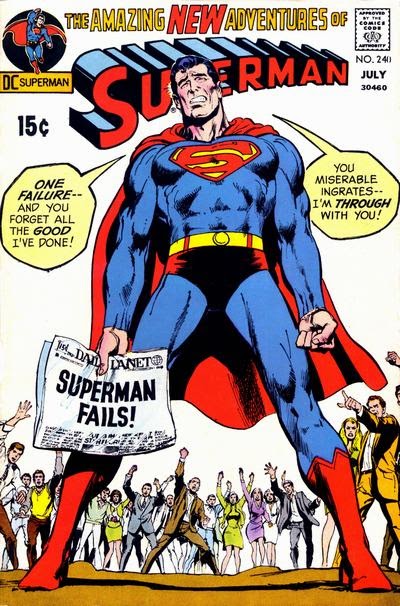 With Superman #240 (July, 1971, with a cover by Neal Adams, and interior story by writer Denny O'Neil, artist Curt Swan and inker Dick Giordano), we learn how people react when Superman fails!

Not cool, as the cover shows....but it wasn't really Superman's fault....

...he just wasn't up to full power!  Starting with Superman #233 (January, 1971, by O'Neil, Swan and inker Murphy Anderson), Superman was being slowly weakened by the extra-dimensional being Quarrmer) who came to our world when a lab accident destroyed all Kryptonite on Earth, and this creature formed as a "sand Superman", a parasite (though not THE Parasite, a different Superman villain..), slowly taking away Superman's powers over time! 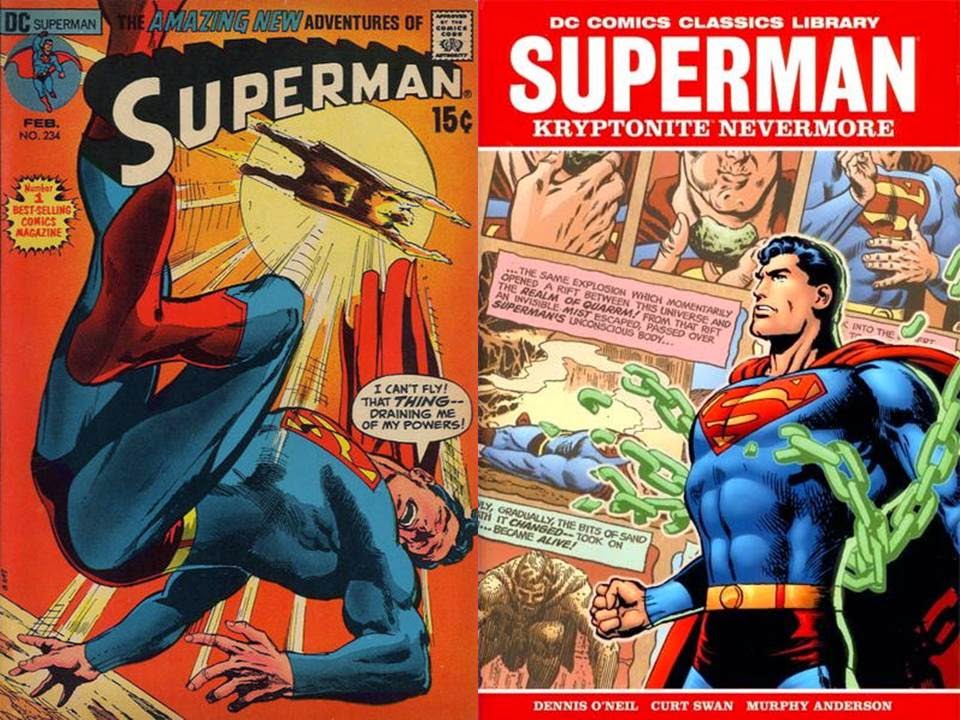 Superman had to deal with this problem all the way until Superman #242 (September, 1971) and did it with a little help from Wonder Woman (who, at the time, was also without her powers!).  Superman recovered, and Quarrmer even came back to be the Superman villain in the Superman vs. Shazam battle of All-New Collector's Edition #C-58...and the entire collection of O'Neil & Swan's sand Superman saga was collected in the DC Comics Classics Library: Superman: Kryptonite Nevermore in January, 2009! 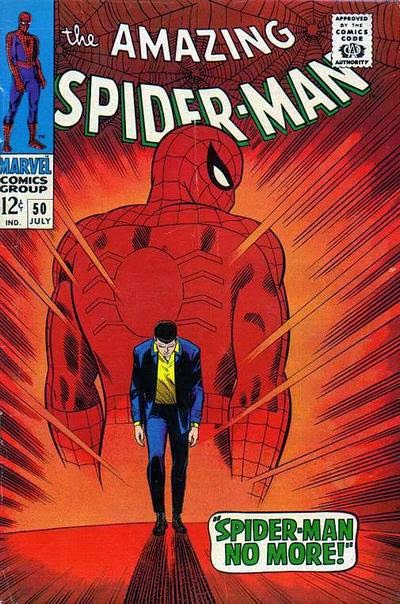 Peter Parker was a photographer/freelancer working barely surviving working for J. Jonah Jameson, fearing for the health of his elderly Aunt May, and pushed into giving up being Spider-Man....and this all came about in Amazing Spider-Man #50 (July, 1967, with a cover and interior pencils by John Romita and story by Stan Lee and inked by Mike Esposito).

It's amazing that Peter did eventually come back to his webheaded alter-ego after the unknowning encouragement of his friends...and he did it just in time to face the crimelord of New York, the Kingpin!

Winston Fisk made his first appearance within this story, and continued to menace Spider-Man, as well as other New York heroes like Captain America, Punisher and especially Daredevil (started during Frank Miller's run...which was adapted into the Daredevil movie...more or less). 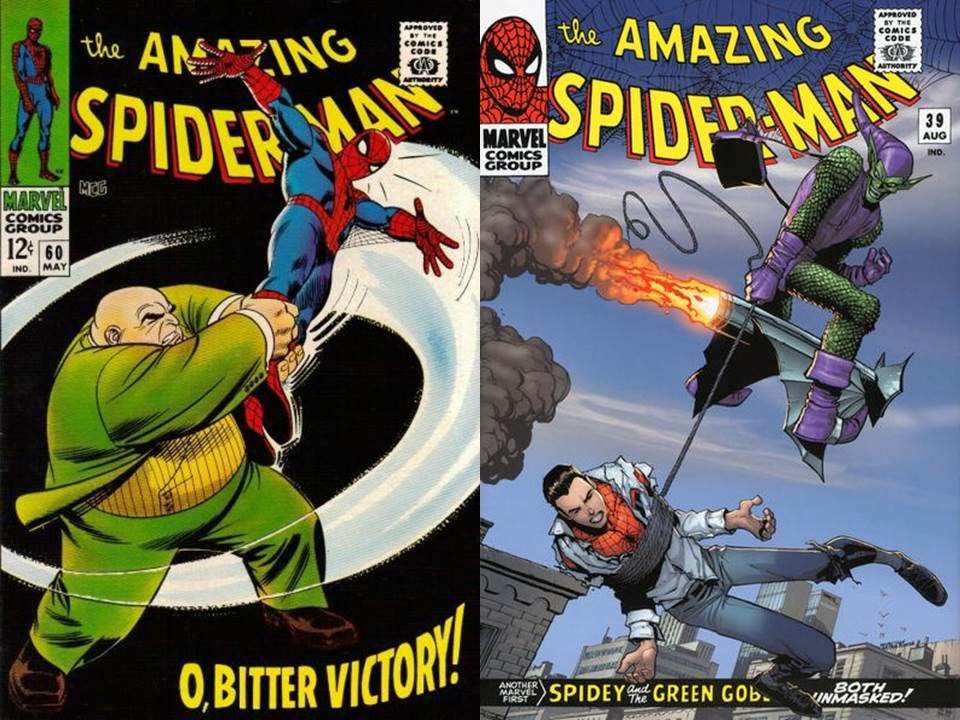 Over the years, the Kingpin caused plenty of heartache...but deep down, it's Spidey that the Kingpin hates most of all!  You can find that original Spider-Man/Kingpin confrontation in the Marvel Masterworks #22: Amazing Spider-Man, along with issues #41-50 and the third Amazing Spider-Man Annual (which has Spidey facing the Hulk at the behest of the Avengers), or all that and more (like battles against the Green Goblin, Rhino, Lizard, Electro, Kraven, Dr. Octopus and others in Amazing Spider Man #39-67, Annuals #3-5 and more in the Amazing Spider-Man Omnibus #2 of April, 2012). 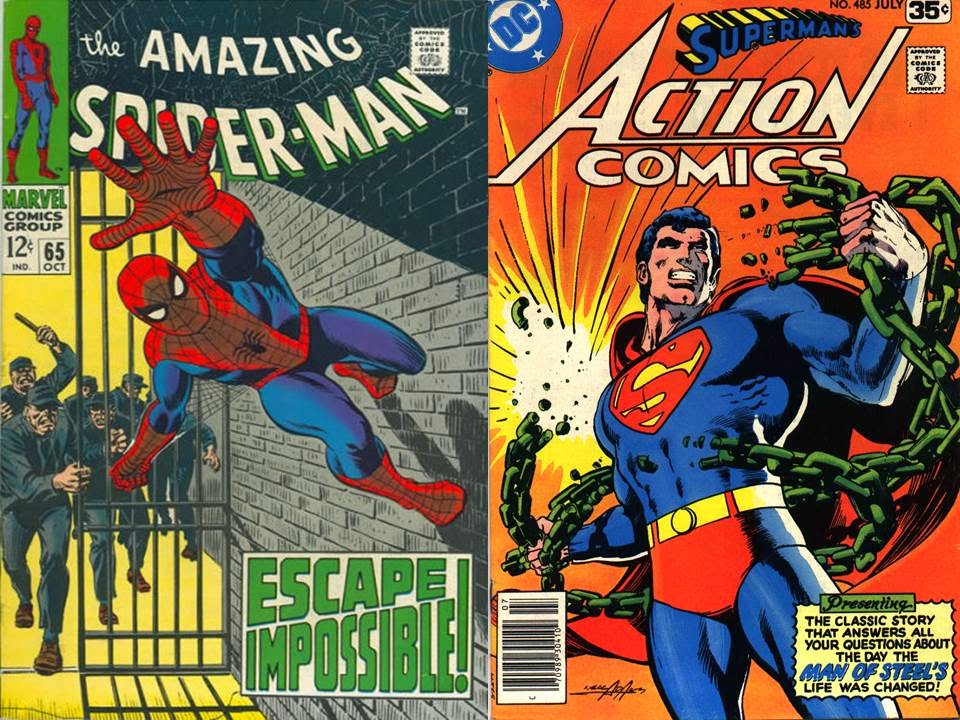 It seems that heroes who come in and do the work, week after week are not always appreciated, but they still do what they can to help others...and it is by continuing on against adversity that help to make these rare people into heroes as they do what they can!