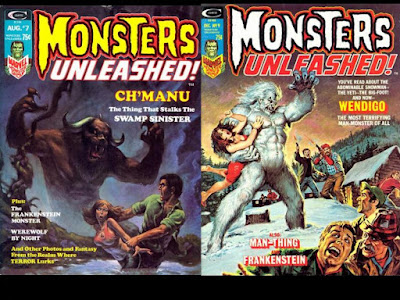 A couple of odd monsters that hit the covers of Monsters Unleashed back in the 1970s....making for some cool art on the covers of that black and white magazine, but they need a little explanation to go along with them! 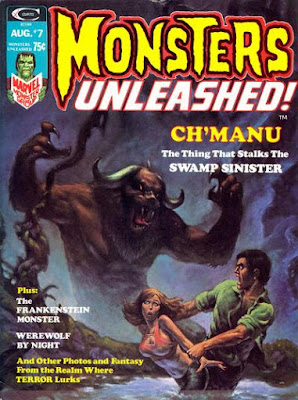 Monsters Unleashed #7 (August, 1974) features Ch'Manu, under a painted cover by Richard Hescox. Ch'Manu was one of those creatures that was worshiped as a god before mankind existed, but was reduced to handing around in a South American temple until found by some explorers.

Plus, stories featuring the Frankenstein Monster and Werewolf By Night! 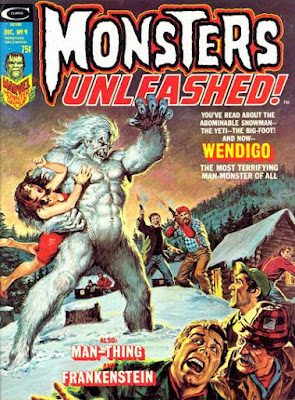 Monsters Unleashed #9 (December, 1974) features the Wendigo, under a painted cover by Earl Norem.  Wendigo has some fame, sharing the cover with the Hulk and the Wolverine in Wolverine's debut.  This solo story has Georges Baptiste as the monster, coming fresh from that encounter with Hulk and Wolverine.  The Wendigo is a person who turned cannibal in Northern Canada, then becomes a supernatural being that feeds on human flesh.  Ew.